The note is viewed as one of the key pieces of evidence in establishing whether the prime minister’s former chief of staff interfered in the murder investigation.

But police sources have little hope of confirming who was behind the letter, saying it changed hands too many times for forensic testing to yield conclusive results.

It was handed to investigators by Yorgen Fenech, the man charged with the murder of the 53-year-old journalist in October 2017.

Mr Fenech has linked the former chief of staff to the assassination, a claim Mr Schembri has denied.

When contacted, Dr Cardona said the claims in the four-pager were “completely unfounded”. He said he had been briefly questioned by the police on the matter, and that they had been “satisfied” with his replies.

Mr Fenech claims the letter was delivered by his doctor Adrian Vella while he was receiving treatment and during a brief reprieve from interrogation last month.

The business magnate claims the typed note was written by, or on behalf of, Mr Schembri who was also a patient of Dr Vella.

It was allegedly designed to frame Dr Cardona, the Economy Minister, as being an integral part of the murder conspiracy.

Multiple sources close to the murder probe confirmed that the note details how Dr Cardona had allegedly been asked by one of the men accused of carrying out the car bomb murder in 2017 for his help in facilitating a possible smuggling racket as part payment for the assassination.

According to the note, Dr Cardona was asked to help secure unhindered access to the Birżebbuġa freeport for criminals planning to smuggle cigarettes and alcohol into the island.

Police satisfied with my replies- Cardona

The alleged help included ensuring they had access to a licence to operate in the freeport.

Law enforcement sources said this kind of contraband racket could be worth millions of euros.

This fits in with a theory held by investigators that the price tag on the Caruana Galizia murder was far higher than the €150,000 allegedly paid by Mr Fenech.

The note also claims that Dr Cardona met with one of the alleged assassins in a Siġġiewi bar he was known to frequent.

During this meeting, details of the smuggling racket and murder were allegedly hashed out.

Note given to investigators

Sources close to the investigation said Mr Fenech had made vague references to Dr Cardona during the interrogation.

Mr Fenech had later given the note to investigators, telling them he believed it came from Mr Schembri. He claims the then chief of staff was offering to help him secure a leniency deal to pin the crime on Dr Cardona.

Mr Schembri was hauled in for questioning last month and held under arrest for three days before being released without any charges.

He denies having played any part in the note and told Times of Malta that he had already said all he had to say on the matter to the police and Europol.

“The Maltese police declared that I am not involved in this case. Although I have a lot to say at this stage, the legal advice I have received is to withhold from commenting further, so as to not interfere with the work being done in connection with this case,” Mr Schembri said in response to questions. 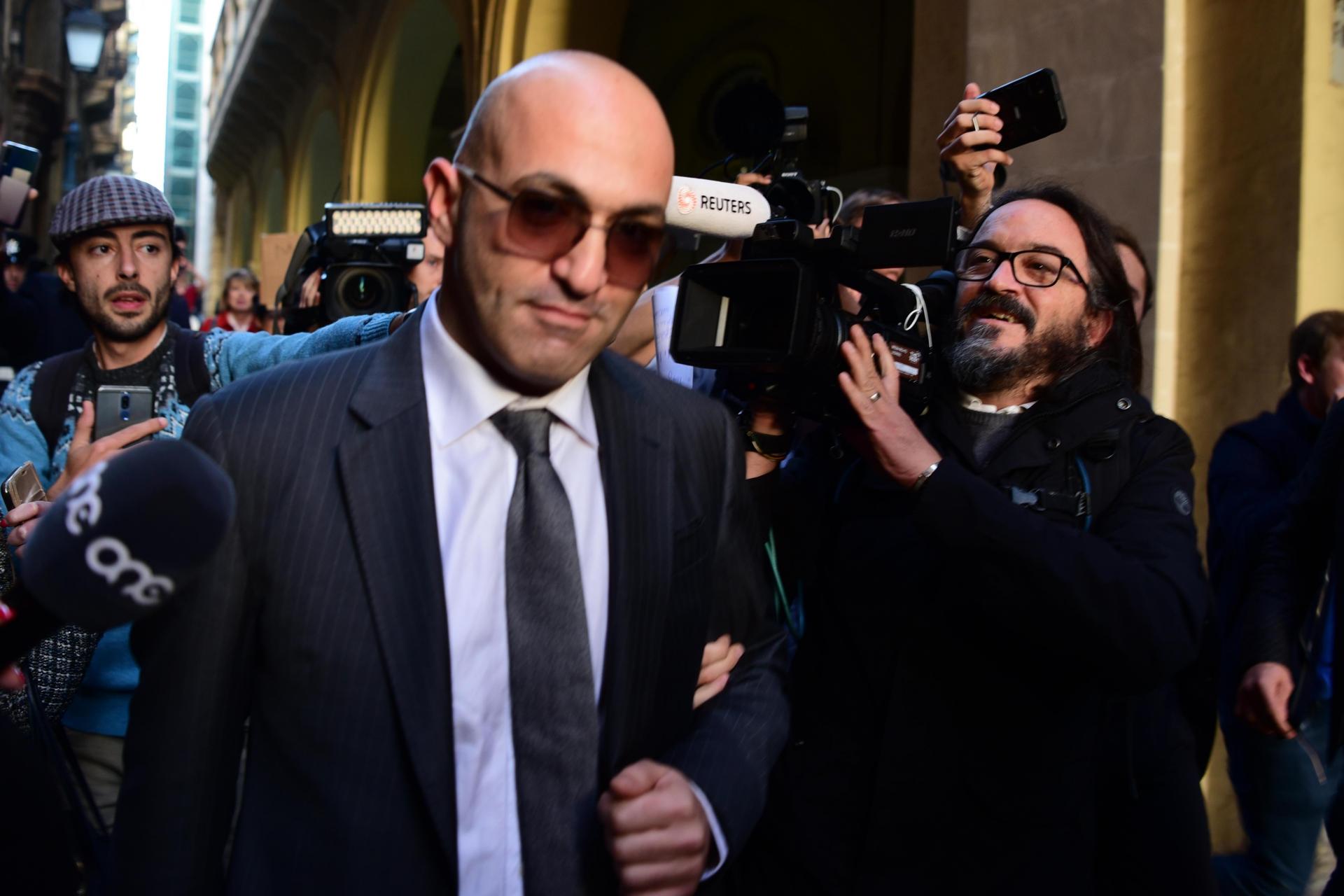 He added he had seen the note for the first time when he was shown “part of it” by investigators during interrogation.

“The letter, at least the first page of it which was shown to me by police, was covered in scribbled handwritten notes. When I asked what these were, the police said they had been written by Mr Fenech.

“Whoever did write that letter, it is clear Mr Fenech made it his own,” Mr Schembri told Times of Malta.

Meanwhile, sources close to the investigation said two other men taken in for police questioning had also been asked about the allegations in the note.

One man, an employee at the freeport and known associate of Dr Cardona’s, had been asked under interrogation whether he had any knowledge of any illicit agreements to legitimise contraband.

Times of Malta is informed that this person of interest plays a role in managing freeport security.

He works at the government-operated Freeport Corporation and not the privately-run Malta Freeport Terminals, sources said.

Police sources said possible irregularities at the freeport in connection with similar allegations of contraband smuggling had long been the subject of simmering police investigations.

The second man taken in for questioning, a canvasser of Dr Cardona’s, is known to have frequented the Marsa potato shed that was used as a meeting place by the three men who allegedly killed Ms Caruana Galizia.

Sources said the man in question has a “friendly relationship” with the Degiorgio brothers Alfred and George who stand accused of planting and detonating the car bomb along with Vincent Muscat.

Police sources confirmed that the note had been handed over to them by Mr Fenech along with a request for a police investigation into his claim that it originated from Mr Schembri.

While the sources said Dr Vella had admitted he had passed on messages on behalf of Mr Schembri, it is unclear whether he admitted it was the four-page letter.

The sources said the note has since been filed with the magistrate leading the assassination inquiry.

Investigators said they believe further testing from their end would not yield any fresh information on who was behind it.

Some preliminary analysis was conducted on the note; however, it was not sent for in-depth forensic testing as police believe it is already compromised.

“The note changed hands a number of times and is far too contaminated for testing to provide any reliable insight into where it came from at this point,” a source close to the murder probe said.

This lack of testing was raised as an issue of concern when police briefed Cabinet on the developments last month.