The Planning Authority has given the go-ahead for the building of four towers in Mrieħel despite legal concerns and vociferous objections from environmental organisations.

During a packed public hearing, the application by Tumas and Gasan Holdings was approved by the board with only Opposition representative Ryan Callus and eNGO representative Annick Bonello voting against. 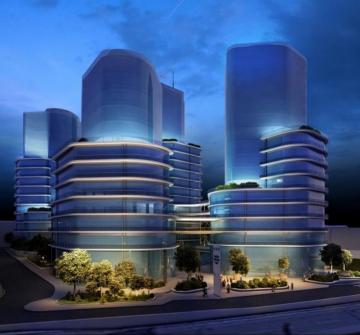 The project, a €70 million development in the limits of the Mrieħel industrial estate, comprises four cylindrical towers of 14, 16, 17 and 19 storeys respectively, overlying five basement levels.

The developers say the towers will be a “milestone” development and contribute to the development of Mrieħel as an up-market financial district.

Objectors, however, insist it will have a negative impact on iconic long-distance views – including between Valletta and Mdina – and strain the local infrastructure, as well as creating a huge parking shortfall.

They also questioned the manner in which Mrieħel was designated as an appropriate location for high-rise buildings after the close of public consultation, and called for a decision to be deferred until a masterplan for Mrieħel is concluded.

“Law has not been observed” - NGOs

Environmental organisations filed a judicial protest yesterday calling on the PA board members not to issue the permit as the law had not been properly observed, and holding them personally and collectively responsible should the permit be issued.

Responding at the start of the hearing, PA lawyer Ian Borg said it was “unacceptable and deplorable to exert pressure on the board members individually the day before the hearing in an attempt to influence the decision.”

He stressed that the board members should take their decision on the basis of the correct application of policy, not any pressure placed through these procedural tools and cited the law as exempting members from all liability when carrying out their duties in good faith.

“Milestone in the country’s development” - architect

Presenting the proposal, project architect Ray Demicoli described the complex as “a milestone in the country’s development” and said Mrieħel was an ideal location for this sort of development.

“Mrieħel should be identified as a financial district as part of the natural development of the country,” he said. “The Mrieħel zone is changing from warehouses to a business hub, with a number of entities already in the locality.”

Mrieħel should be identified as a financial district as part of the natural development of the country. The Mrieħel zone is changing from warehouses to a business hub, with a number of entities already in the locality.- Architect

Mr Demicoli highlighted the design’s high-level environmental certification, and the public space incorporated in the design, as required by the high-rise policy.

He claimed issues of a parking shortfall raised by objectors would be addressed in part by measures encouraging employees to leave their cars at home – such as bike racks and showers – while insisting that the same parking requirements would have been created by a low-rise building.

The project provides for 1,065 parking spaces, less than the 1,500 estimated by the Traffic Impact Statement, but within the requirements stipulated by the PA. Of the parking spaces provided, 54 are designated for car-sharing and electric vehicles. There are also 20 motorbike spaces and 105 bicycle racks.

“Opting for a tower keeps the same footprint and volume while minimising the density and increasing public space,” Mr Demicoli said.

The project will also include amenities such as a childcare centre, gym and supermarket, which Mr Demicoli said would benefit the whole locality. 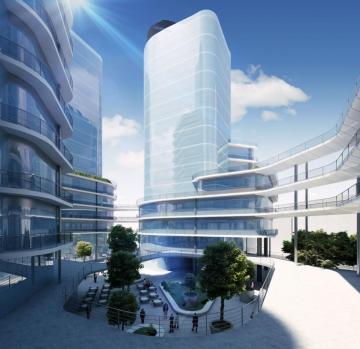 The project is expected to add more than 1,300 cars on Mdina Road every day.

The studies propose a new underpass at the Mrieħel bypass, as well as upgrades to the two junctions close to the MFSA and Oxford House. These modifications would be sufficient to handle the additional demand, according to the studies.

Transport Malta gave its approval for the plans, on the condition that the parties enter into an agreement to fund holistic road infrastructure and green transport plan.

Mrieħel designated for high-rise “by stealth”

Laywer Claire Bonello, appearing on behalf of Din l-Art Ħelwa, Flimkien għal Ambjent Aħjar, Friends of the Earth and the Ramblers Association, presented evidence that the correct legal procedure for Mrieħel to be included as a high-rise location had not been followed.

Dr Bonello stressed that public consultation exercises on a masterplan for Mrieħel were still ongoing, and therefore that deciding on the application at this stage would be premature and potentially contestable, as the public was again being denied the right to voice its opinion.

Moreover, the organisations argued that Mrieħel had been designated as an appropriate area for high-rise buildings “by stealth”.

The area was not included in the high-rise policy when it was submitted for public consultation but was only added later, which the organisations argue violated the law by denying the public the right to make submissions on the policy.

The Times of Malta previously reported that the instruction to add Mrieħel to the policy came directly from government, and was conveyed to the PA board in a private meeting after the close of public consultation on the policy. The PA has said it was not involved “in any way” in the decision.

Petra Caruana Dingli from Din l-Art Ħelwa added that the public had not been informed of the aims and objectives of the government in making this submission.

“The authority has an obligation to ensure the procedures are followed, which was not done,” she said.

Chairman Vince Cassar dismissed the arguments as “irrelevant”, stressing that the policy had been approved by the minister two years ago and therefore the board was bound to take it into consideration as it currently stood.

Daniel Cilia, a photographer speaking on behalf of objectors, said the photomontages presented to justify the assessment of the visual impact as acceptable were misleading. 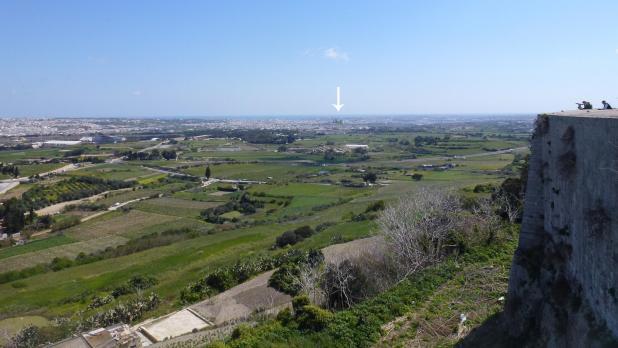 He said the photographs had been taken with a wide-angle lens, which made objects appear more distant than they do to the human eye, and he presented photos from the same viewpoints that more accurately replicated what people would actually see, showing the visual impact significantly magnified.

“The official photos make the distance between the buildings and Mdina appear twice as far as it really is,” Mr Cilia said.

This point was supported by Environment and Resources Authority chairman Victor Axiak, who in a submission said he had personally visited the Mdina viewpoint and found the actual visual different to that seen in the photographs.

Astrid Vella from FAA added that the photomontages were not legally verifiable and that the viewpoints had been chosen to favour the developers.

Project architect Ray Demicoli countered by accusing objectors of distributing unofficial photomontages which grossly over-represented the scale of the project.

The Environmental Impact Assessment highlighted “moderate” visual impacts from a number of viewpoints, including Valletta (Hastings Gardens). The report found no significant impacts on long-distance views, including Mdina and Siggiewi, while the only major impact was from a popular rural walking route in the vicinity. 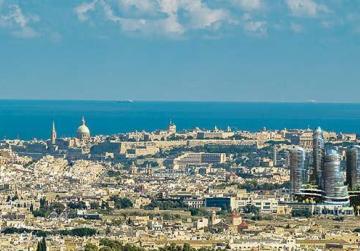 The photomontage presented by environment NGOs.

Photomontages show that the towers will dominate the skyline from several close-range locations, PA policy considers the impacts moderate as the views will mostly affect drivers, who are considered “low-sensitivity receptors”.

The Design Advisory Committee concluded that the impacts were not signficant enough to warrant concerns.

Opposition representative Ryan Callus, one of only two members to vote against the application, said:

“The decision to include Mrieħel was a political decision and Mepa was lacking when it failed to express itself on the issue. The public was denied its right, specified in law, to express itself on such an important decision. I believe the authority had a right to safeguard the public interest and put a revised document for public consultation," he said.

“Granting this permit would be suicide to the credibility of this board and anyone who believes in the necessity of public consultation.”