Giving the Junior Eurovision Song Contest winner one of the country’s highest honours would “devalue” the award, according to Alfred Fiorini Lowell, a former member of the Awards Nomination Committee.

“Gieħ ir-Repubblika awards are normally given to acknowledge those who have dedicated a lifetime to something. Giving one to a young girl is ridiculous. She probably doesn’t even know what it means,” an irate Mr Fiorini Lowell said. 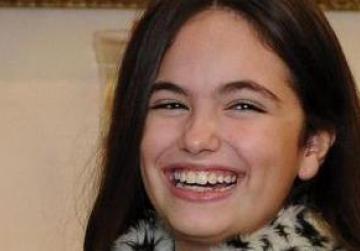 He was reacting to Prime Minister Joseph Muscat’s nomination for 11-year-old Gaia Cauchi to receive the Midalja għall-Qadi ir-Repubblika. The award will see the girl enrolled into the national Order of Merit, which forms part of a host of other honours given under the Gieħ ir-Repubblika Act.

A government spokesman observed that Gaia was the first Maltese to ever win a Eurovision contest.“The government believes that Gaia and her team’s achievement should clearly qualify for this award,” he said.

In 2008, Ira Losco was also awarded the Midalja għall-Qadi tar-Repubblika, as was singer/songwriter Enzo Gusman.

Mr Fiorini Lowell, however, defended the nominations insisting all those given awards had deserved recognition for their achievements.

“The problem isn’t that Gaia is a performer. Ira Losco is a singer but she had a career before being given the award. It’s quite different in this case,” he said.

More reactions in the Times of Malta and the e-paper on timesofmalta.com Premium.