Although the Tourism Minister said in Parliament the Corinthia Group would have a six-star property at St George’s Bay, the law did not allow a hotel to have more than five stars, Times of Malta was told.

Across Europe, hotels were classified up to five stars and there was no such thing as a six-star property, “irrespective of what the government and Corinthia have been harping on in a bid to market and justify their project on public land”, a seasoned hotelier told Times of Malta. 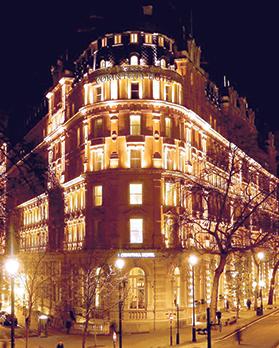 The Corinthia Hotel London, touted as the ultimate in luxury, has a five-star classification.

Another noted that the only hotels marketed as being six- or seven-star were those in the Gulf, mainly Dubai and Abu Dhabi, though they were not recognised internationally as such. “It’s just a marketing ploy to justify higher room rates,” the hotelier said.

A spokesman for Hotrec, the EU’s umbrella organisation for hotels and restaurants, confirmed that six-star hotels “do not exist”.

The Malta Hotels and Restaurants Association is affiliated to Hotrec.

A spokesman for Corinthia agreed there was no six-star hotel classification in Malta. However, he quickly added that it did not mean such hotels did not exist, referring to the French Palace Hotels, which, he said, “are a class above five-star hotels”.

“Ultimately, however, there is the true test of room rates. The aim, indeed the justification for the investment being proposed, is for Corinthia to charge room rates that are far superior to those being achieved in Malta’s market today,” the Corinthia spokesman said.

As part of its upgrading project for its three existing hotels on the St George’s Bay peninsula, Corinthia is proposing that the government authorises it to build 100,000 square metres of apartments and offices for sale on public land.

According to a draft deed presented to Parliament, the government is asking for a premium payment of €17 million from Corinthia although estate agents estimate the land in question could fetch over €700 million at current market prices.

In view of harsh criticism, the government and the Corinthia Group are renegotiating the terms of the proposed deal.