New York has more coronavirus cases than any country and accounts for around half of all deaths in the United States. Why was is so badly hit and could its leaders have done anything differently?

As of Friday, New York state has almost 160,000 confirmed COVID-19 infections, more than Europe's worst-hit countries of Spain and Italy, and over 7,800 deaths.

Governor Andrew Cuomo has said repeatedly that density and number of foreign visitors made New York City, which has almost 93,000 confirmed cases, an ideal breeding ground for infectious disease.

America's financial capital has 8.6 million inhabitants. There are 10,000 people per square kilometre, making it the densest city in the US.

Millions of commuters brush up against each other on its packed subway system every day, while keeping distance on its sometimes narrow sidewalks can be difficult.

NYC gets more than 60 million tourists a year and is the entry point to America for many travellers, meaning anyone carrying the virus is likely to start infecting others there first.

American geneticists estimate that it started spreading there from Europe in February, before New York's first confirmed case on March 1.

The Big Apple is also characterized by massive socioeconomic inequality.

Overcrowded, deprived areas -- particularly in the Bronx and Queens, where many people already suffer health problems and lack medical care -- have experienced the highest rate of infections.

"New York City had all the preconditions that would support the idea that it was going to be hit very hard," said Irwin Redlener, public health professor and expert in disaster preparedness at Columbia University.

On March 2, as the state's second case was confirmed in New Rochelle, just north of New York City, Cuomo said the health care system was the best "on the planet."

"We don't even think it's going to be as bad as it was in other countries," he added.

The governor ordered all non-essential businesses to close and residents to stay at home a week later on March 22.

Experts hesitate to say that they waited too long. 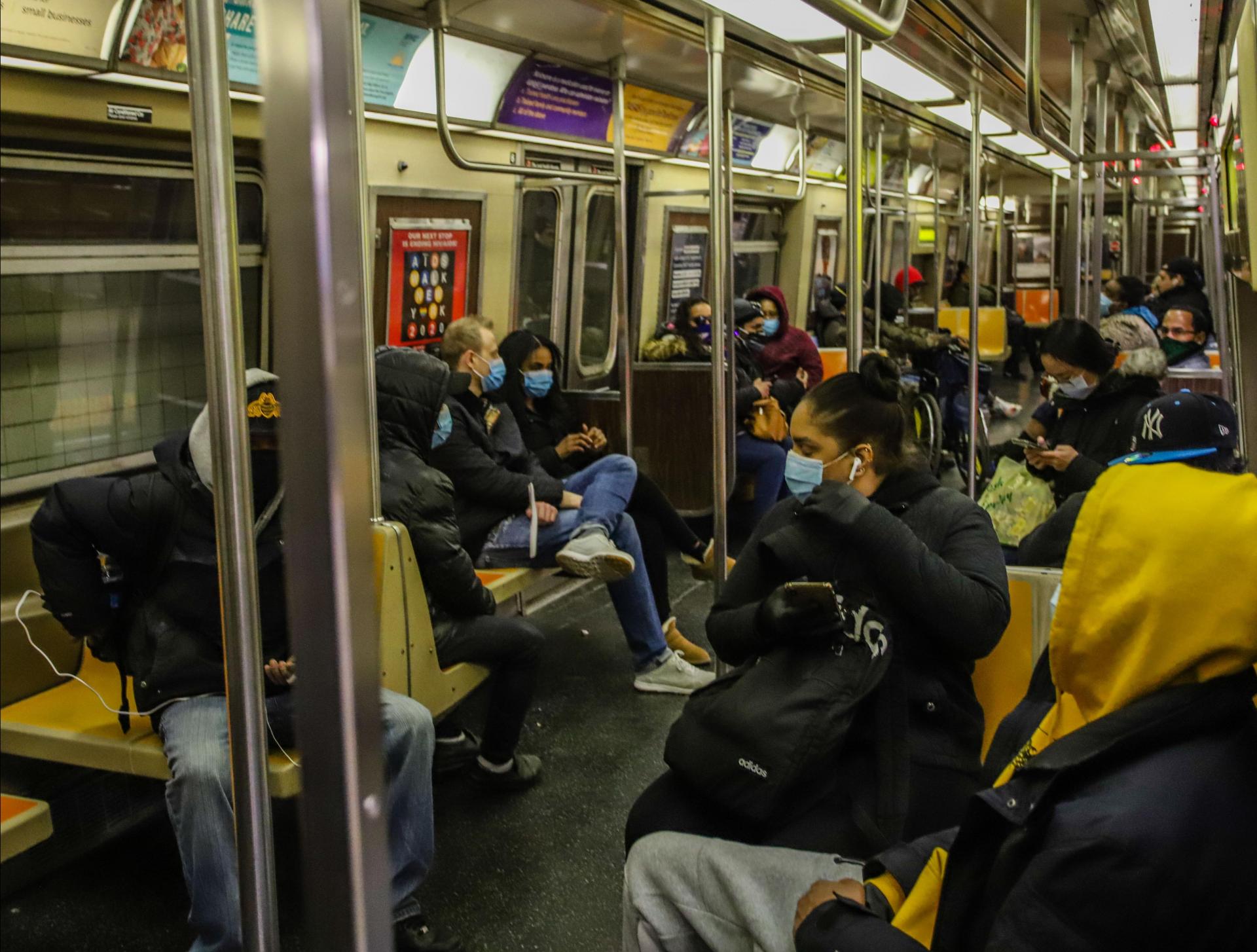 A full subway car in New York City. Busy subways have led to people being densely packed together. Photo: AFP

"The mayor and the governor were being pushed and pulled by two opposing forces.

"One was saying we have to close schools and restaurants as quickly as possible, the other saying there were lots of economic and social consequences of shutting down everything early," said Redlener.

"Everyone was getting mixed messages, including from the federal government, from (President Donald) Trump," he added.

Have other states reacted better?

California, America's most populous state, is often cited as a good example for the speed of its response to the outbreak. Its confirmed cases as of Friday were just 20,200, with 550 deaths.

"One thing that I think is significant is that six neighbouring counties got together and issued the same (confinement) order for all six counties, and they did it early," said Meghan McGinty, an associate at school of public health of Johns Hopkins University.

"There was consistency, as opposed to NYC taking one measure, and Westchester (county) taking another, and Long Island taking another," she told AFP.

"In epidemic terms, six days is light years and can really make a difference in the control and spread of the epidemic, so I think it is possible to say that perhaps, in retrospect, New York waited too long," said McGinty.

Is anyone to blame?

When the crisis passes, the blame game may begin.

Democrats Cuomo and de Blasio deplored for weeks the Trump administration's delay in getting tests to states, which to this day are still not arriving in sufficient numbers.

With the toll far exceeding the numbers killed on 9/11, Phil Murphy, the governor of neighbouring New Jersey, which has also been badly affected, has called for a commission similar to the one set up to investigate the September 11, 2001 attacks.

"The warning signs were there... what happened? If you don't know the answer, how are you going to make sure it's not going to happen again?" Cuomo asked Friday.

Given the number of dead and millions of unemployed, "we have a moral obligation to study this pandemic," concluded McGinty.