Residents of a dilapidated Buġibba hostel spent at least three days living with the stench of a rotting corpse, because they were too frightened to call the police.

On Monday, officers eventually found the decomposing body of a man in the Paloma hostel’s unused lift shaft, lying amid piles of garbage and rats.

They are investigating the circumstances of his death.

A neighbour identified him as a man from Nigeria who moved to Malta from Italy and lived in the hostel. 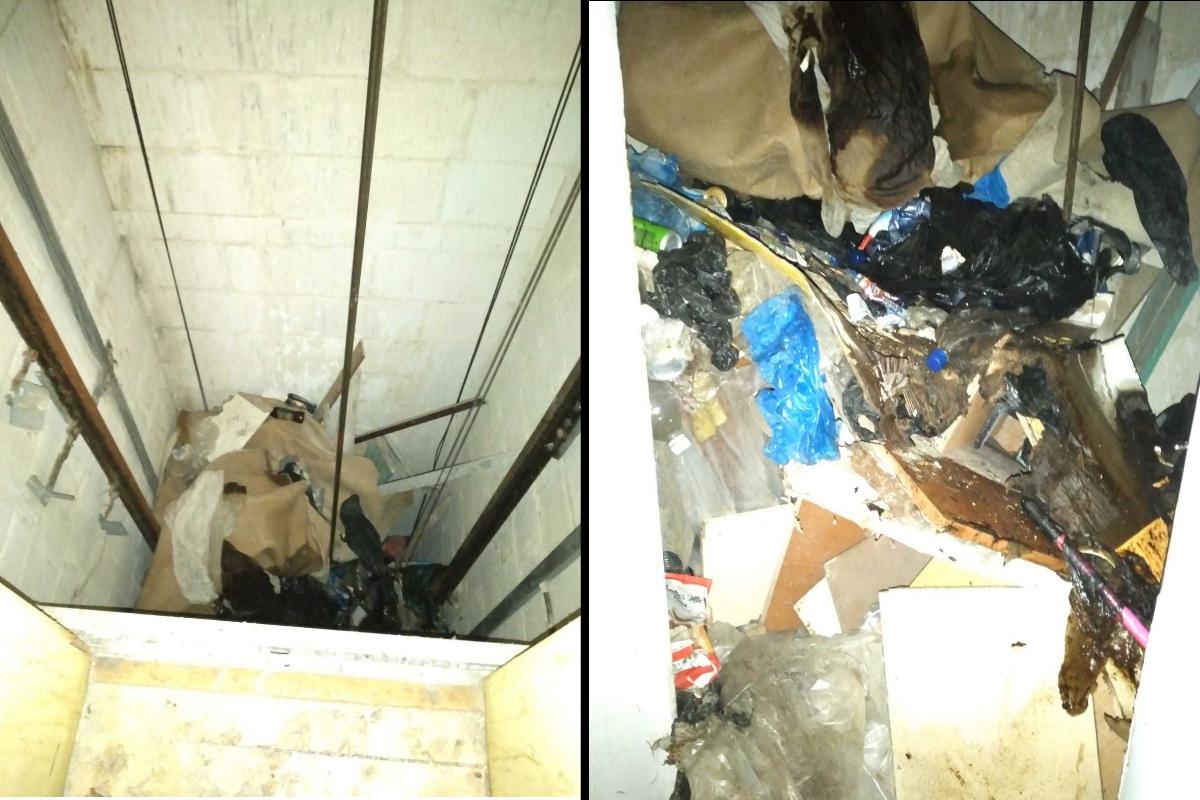 The lift shaft, left, full of garbage, right, where a man's body was left decomposing for days as neighbours were too frightened to call police. Photo: Julian Delia

Fellow resident Hasan, 27, from Niger, told Times of Malta that residents, many of whom are from the migrant community, only reported the body to police after they couldn’t take the smell any more.

He said: “The smell was awful, and the shaft was full of rats. People were throwing their garbage into it and the whole place smelled terrible.

“The corpse was there for at least three days, because everyone was scared of calling the police officers.”

The circumstances around the death remain unclear with police treating the incident as “sudden death” because there was no sign of a struggle.

An autopsy has been ordered to establlish whether there was a possibility of foul play. Many of the residents left the property soon after calling the police, over fears they would be evicted or deported.

Last year, more than 80 migrants were evicted after a dawn raid sparked by reports of a rat infestation. Residents say the building has been plagued by vermin infestations, structural damage and extremely unsanitary conditions for at least a year.

A day after the corpse was found, reporters who entered the building could see faeces on the walls, piles of rubbish, and rooms with either padlocked or broken doors.

Earlier this year, the Buġibba building’s owners are understood to have won a court battle to be able to continue leasing out the former hostel to migrants, and police say they are powerless on the matter.

“The state of the building is an issue but that is a matter for health authorities, not the police,” Times of Malta’s source said on Tuesday.