The American University of Malta (AUM) said it will waive fees for all EU students after questions were raised about whether its admissions criteria breached European Commission rules.

Over the weekend, the Cospicua-based university announced it would drop its €1,000 fee for local students to demonstrate its “commitment and vision towards the Maltese community to be a high-quality education institution”.

However, commenters soon questioned whether students from other EU countries were being discriminated against.

According to the AUM’s admission criteria, they must pay €1,500 per semester.

EU rules state that an EU citizen studying at a university in another member state “cannot be required to pay higher course fees”, although the treatment does not apply to support grants like Malta’s stipend system.

Approached to explain why its announcement about free education only referred to Maltese students, a spokesperson for AUM said EU students would be covered, too.

“AUM intends to treat all EU students in the same manner as national students,” a spokesperson told Times of Malta.

As a result, the spokesperson said that “means that tuition fees will be waived for EU students as well”.

AUM announced the wavering of tuition fees for Maltese nationals on Saturday, in a bid to boost its student numbers.

Back in 2015, the government had repeatedly promised that AUM would attract thousands of students to its campus and play a key role in regenerating Cottonera with hundreds of jobs.

However, a 2020 audit by the Malta Further Higher Education Authority showed that fewer than 150 students had been enrolled.

AUM, opened in 2017 by Jordanian investors Sadeen Group, has confirmed that 200 students study at the university.

Its contract with the government stipulates that it must attract 4,000 students from the fourth year of its “date of completion”.

Despite being open to applications for four years, the AUM insists that the project is “only five per cent complete” and so the student headcount target does not yet need to be met.

Other Maltese higher education institutions, like the publicly owned University of Malta and MCAST, and the private St Martin’s Institute do not distinguish between Maltese and EU students and charge identical fees. 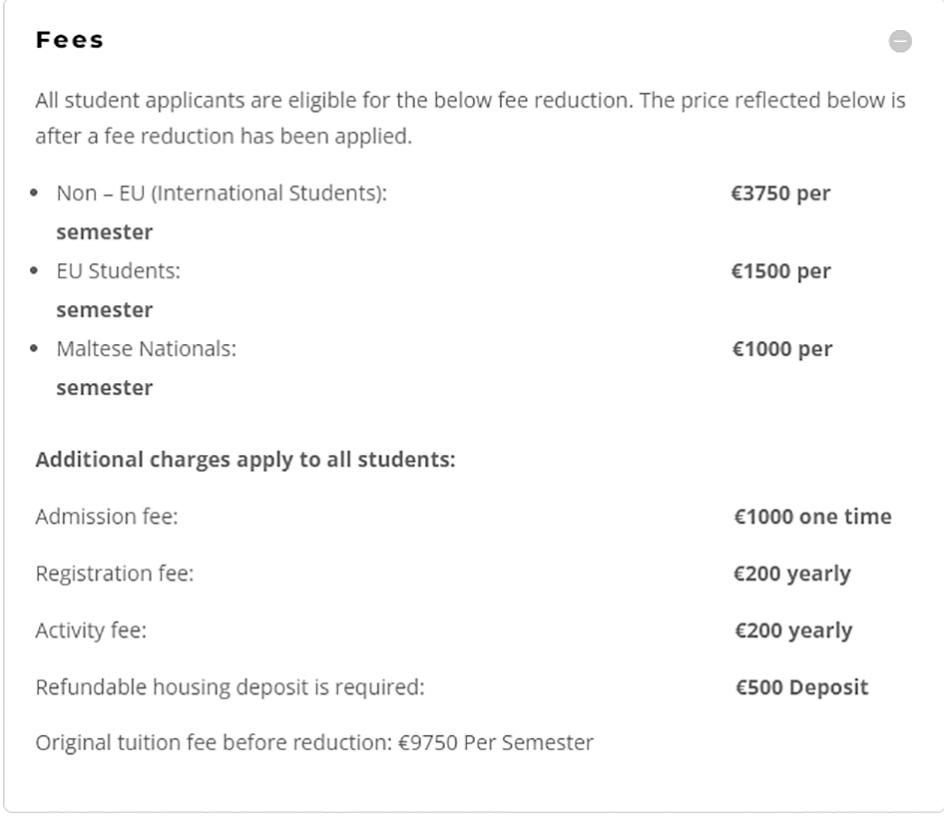 EU students have so far been charged higher fees than their Maltese counterparts. Photo: AUM website

It is only third-country nationals who often pay significantly higher tuition fees.

Despite having so few students enrolled, the AUM was able to acquire some 31,500 square metres of public land in SmartCity in Xgħajra in a swap deal after returning land touted as the second AUM campus in Żonqor to the public.

The deal has angered other private universities.

St Martin’s Institute principal, Charles Theuma, pointed out the favourable treatment AUM has so far received is putting his institution at a disadvantage.

“It must be noted that St Martin’s Institute has, in its 37 years of existence, never received any direct government financial or in-kind intervention, such as cheap land to build its infrastructure/campus,” he said.