Maltese prehistory may have just been extended by 30,000 years.

The verdict of experts from the London Natural History Museum has revived the theory that a tooth discovered in Għar Dalam in 1917 may prove Neanderthals once roamed the island.

The claim is not new. It was made in the 1920s by two British anthropologists, but four decades later the theory no longer had credence. 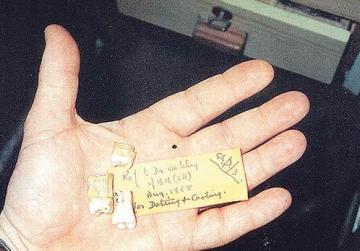 The molars in the palm of Anton Mifsud’s hand when he first started investigating them in 1995.

“Anyone who wrote a history book from 1964 till today will say there were never any Neanderthals on Malta. According to them, the first people to come here were Sicilian farmers around 7,000 years ago,” said Anton Mifsud, a retired pediatrician and avid archaeology buff.

“Well, the presence of Neanderthals pushes that back some 30,000 years. It’s a complete game changer,” he told the Sunday Times of Malta yesterday. Dr Mifsud believes features recently identified as being “exclusively Neanderthal” by international experts are present in at least one molar found during the dig in Għar Dalam in 1917.

With their distinctly receding forehead and prominent brow, Neanderthals are our closest extinct human relatives, dating as far back as 300,000 years ago.

In a recently published book entitled Dossier Malta – Neanderthal Dr Mifsud lays out his study of the crowns of these teeth using the same principles adopted by world leaders in the field of geometric morphometrics – the quantitative analysis of shapes and sizes in nature.

This unlocks a much longer story, one that can be explored much further

By examining the grooves and edges of the molars, he discovered features on their surfaces, including a particular cusp which formed a kind of ‘dental fingerprint’. According to the experts, this is “undeniably” Neanderthal.

Dr Mifsud did not stop there. He wasted little time in contacting world leaders in several fields, including experts from the Natural History Museum in London, all of whom confirmed his findings. 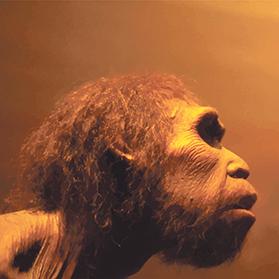 In fact, not only did they agree, but they wanted to know more and wasted no time in trying to launch further inquiries.

“I have broad experience in distinguishing Neanderthal’s from Homo sapiens’ teeth through the use of quantitative methods of shape analysis, an approach that I developed during my PhD and that I have published on profusely,” said Aida Gomez-Robles, one of the leading London Natural History Museum experts, in a letter she sent to Heritage Malta requesting access to the teeth.

“Based on this experience, I can state that at least one of the teeth from Għar Dalam shows all the anatomical traits that are characteristic and exclusive of Neanderthal molars, which very strongly supports the Neanderthal classification of the individual to whom this molar belonged.”

Two other experts from the museum, Shara Bailey and Tim Compton, have also backed up Dr Mifsud’s findings.

According to Dr Gomez-Robles the next step in the investigation would be for the choppers to undergo what is known as ancient DNA analysis, to reveal more about our long-lost cousins.

“This is very significant. For so long we have held the belief that prior to the Neolithic period, there was no form of human life on Malta. This unlocks a much longer story, one that can be explored much further,” Dr Mifsud said.