An attempt by the government to water down a scathing report about the rule of law and the investigation into Daphne Caruana Galizia’s assassination was rejected by a Council of Europe committee on Wednesday.

Labour MP Manuel Mallia presented over 40 amendments seeking to delete critical passages about the government and watering down references to the Prime Minister’s chief of staff Keith Schembri and Tourism Minister Konrad Mizzi. 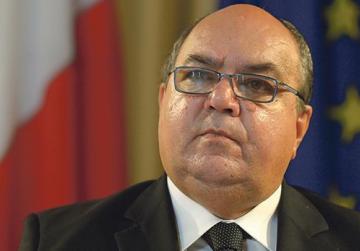 The draft report, approved in committee on Wednesday morning, sticks to the conclusion that Malta’s rule of law is seriously undermined by the "extreme weakness" of its system of checks and balances,  and points out that top officials like Mr Schembri and Dr Mizzi enjoy impunity under Prime Minister’s Joseph Muscat’s personal protection.

Dr Mallia attempted to get this paragraph in the report removed, replacing it instead with a passage that concludes the Maltese authorities should take into account the Venice Commission recommendations to start a process that would examine the need of Constitutional reform.

In another amendment, Dr Mallia sought to water down references to Nexia BT accountant Brian Tonna, who is a close friend of the Prime Minister’s chief of staff.

Dr Mallia attempted to replace a paragraph emphasising the "key role" played by Mr Tonna and Nexia BT in the Panama Papers, Electrogas, Egrant, Hillman and ‘golden passports’ affairs and the lack of disciplinary action taken against them by the Accountancy Board.

The Labour MP wanted this passage to be either deleted or replaced with text merely stating that Mr Tonna and his firm “has received government contracts”.

A series of concerns put forward about the murder investigation by the Council of Europe were also targeted by Dr Mallia.

Dr Mallia demanded the deletion of passages noting serious concerns about the probe, including references to the recusal of magistrate Consuelo Scerri Herrera, the “need” to remove the former lead police investigator Silvio Valletta from the probe, and the Prime Minister’s removal of inquiring magistrate Anthony Vella by virtue of his promotion to judge. 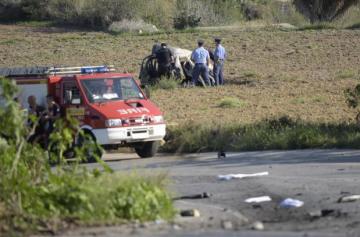 These amendments were also rejected.

References to the resignation or dismissal of four police commissioners between 2013 and 2016, and the Prime Minister’s power of appointment were also targeted by Dr Mallia.

The Labour MP instead wanted this passage replaced with a reference to the high public trust in the police, as evidenced by successive Eurobarometer surveys.

The report, compiled by Dutch MP Pieter Omtzigt, will now be presented to the Council of Europe’s plenary in June for final approval.

Dr Mallia had attempted to oust the Dutch MP from his rapporteur role last September.

In a statement, the government said the report was "riddled with inaccurate and gratuitous statements" exposing a very biased agenda which is not based on the true picture of the matter.

It said that the process regarding the motion originally presented by Mr Omtzigt was ongoing and not public. The government and its MPs respected the Council of Europe’s rules of procedure about the confidentiality of processes and meetings.

This policy was, however, not followed by all in the Council of Europe and an example of this was the leaking to the media of the draft report.

"The government notes the very dubious timing of the leak, just days before the European elections. The leak was intended to create a hostile and unreceptive environment towards Malta and to preempt any effort to have the report discussed in any spirit of objectivity. In fact, the report itself is a reflection of deep animosity against Malta.

"This attitude is very dangerous from a democratic point of view. International institutions cannot just pass one-sided reports against a country by sheer force of numbers.

"It is clear that the rapporteur, amongst other matters, having himself previously written to the Committee of Ministers to take action against Malta and having had his request rejected, was not the best placed person to take on this role," the government said.

It pointed out that Mr Omtzigt had come under fire over claims that he helped a fake witness to the MH17 disaster over Ukraine infiltrate a briefing attended by victims’ relatives. He himself had admitted to have behaved inappropriately on the matter.

The report, the government said, represented the very biased views of a small fraction of Maltese Opposition politicians who appeared to have kept close to the rapporteur and formed alliances with various vested interest groups that had an interest in damaging Malta’s reputation and in isolating Malta from Europe.

"The manifest disregard for basic fairness and the barefaced manipulation of the scenario are the most worrying aspects of this episode.

"Unfortunately, the attempt to rush this report through without regard to basic fact-checking betrays an attitude which is far from giving a true picture of the situation in Malta," the government said.