A courier van was extensively damaged in a blaze early on Tuesday afternoon on the road to the Ċirkewwa ferry terminal.

The fire appears to have started in the engine compartment at about 3pm and quickly spread. The van was full of boxes, an eyewitness said.

The police said no one was injured.

The fire was extinguished by a fire-fighting unit of the Civil Protection Department as a long traffic jam built up, with that part of the road being single lane. 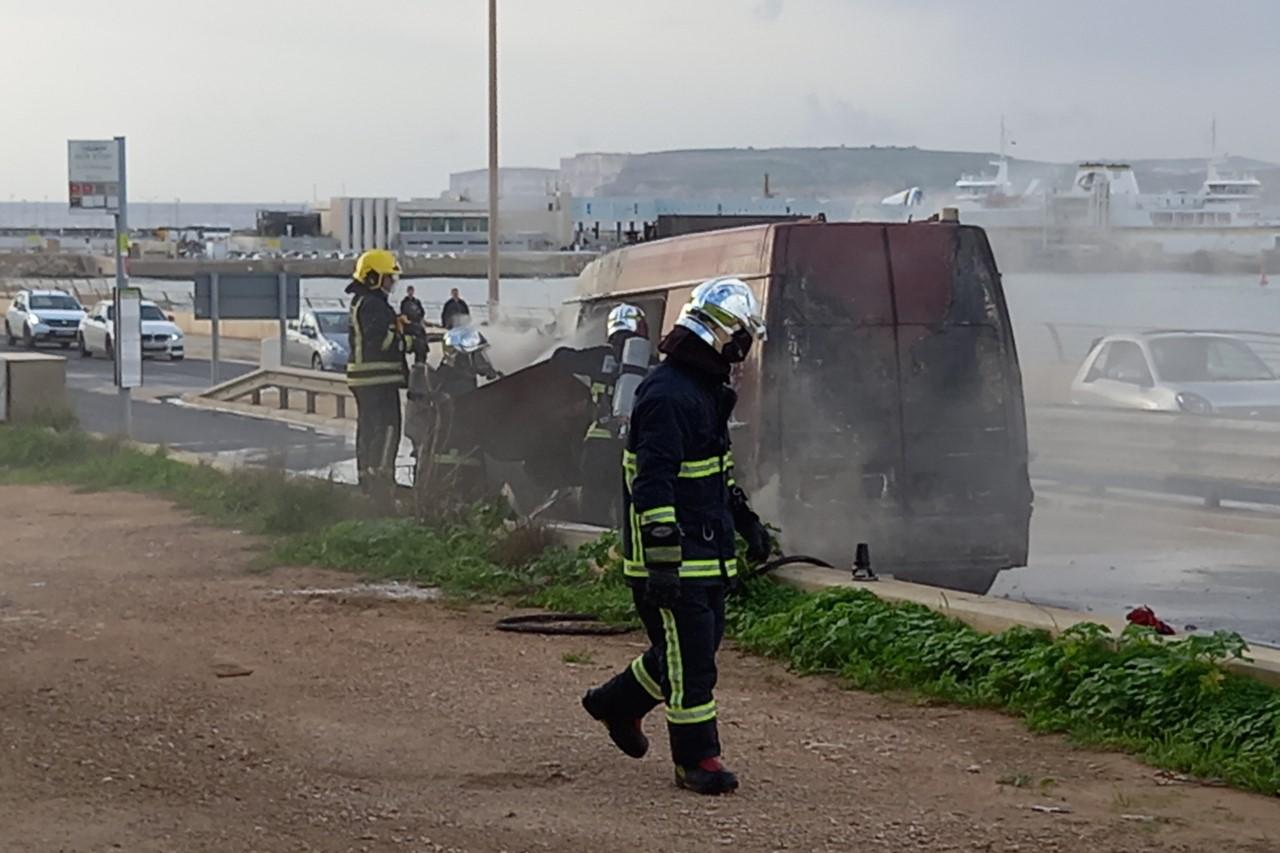