Shannon Mak, the Dutch woman found murdered outside a Sta Venera apartment in August, had a knife wound round her neck, almost from ear to ear and other reddish marks and bruises on her face, a court was told on Thursday.

Details of the gruesome discovery emerged as officers from the Rapid Intervention Unit (RIU) testified in the compilation of evidence against Jelle Rijpma, the 22-year old former boyfriend who stands accused of murder. He is pleading not guilty.

The victim’s father was present for the hearing. 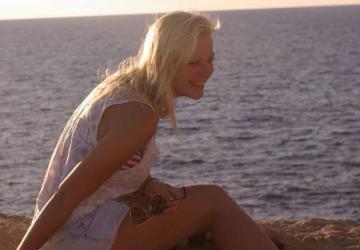 Officers explained that the police were alerted at around 6.15am on August 3 when a caller said that there was a person, possibly drunk, lying on the ground in Triq il-Mastrudaxxi, Sta Venera.

RIU officers found the woman,30, wearing a bikini top, a black skirt and one sandal, lying face up between a car and the wall, drenched in blood. Emergency doctors certified that she was dead.

Officers who witnessed the discovery said the victim had a deep cut on her throat. It was a horizontal, probably done with a sharp instrument, running across her throat.

There were other visible wounds on her eyes, face and forehead, the court was told.

One officer testified that the victim had been lying on her right side, with a piece of flesh hanging out of her neck.

The instrument allegedly used in the murder was a small knife, like a kitchen knife, with a black handle and blood on the blade. It was found on the porch of a house in St Joseph High Road, St Venera, alongside a mobile phone.