A court will on Friday decide whether to free two Turkish mothers who were last month separated from their young sons and jailed for using forged passports.

The women, who have applied for asylum, have been fighting to be reunited with their sons - aged two and four - ever since they were sentenced to six months in prison.

In their appeal, the women’s new defence lawyers Jason Grima and Gianluca Cappitta, argued that the punishment was excessive in the circumstances and their clients had a genuine case.

Their appeal to overturn the sentence will be decided later on friday.

The lawyers said the women, Rabia Yavuz, 27, and Muzekka Deneri, 29, belonged to the Gulen movement - blamed for the 2016 failed coup on the Turkish government. They had fled their country to avoid harsh consequences to their political beliefs.

“Where were they to go? What were they to do? They had nowhere to go. If they went back to Turkey, who knows what would have happened to them,” Grima said.

Apart from that, the women had two young children who had no other family connections in Malta, they added.

The case has been cast into the national spotlight after lobbyists and legal experts argued that the sentence went against Malta’s human rights obligations. 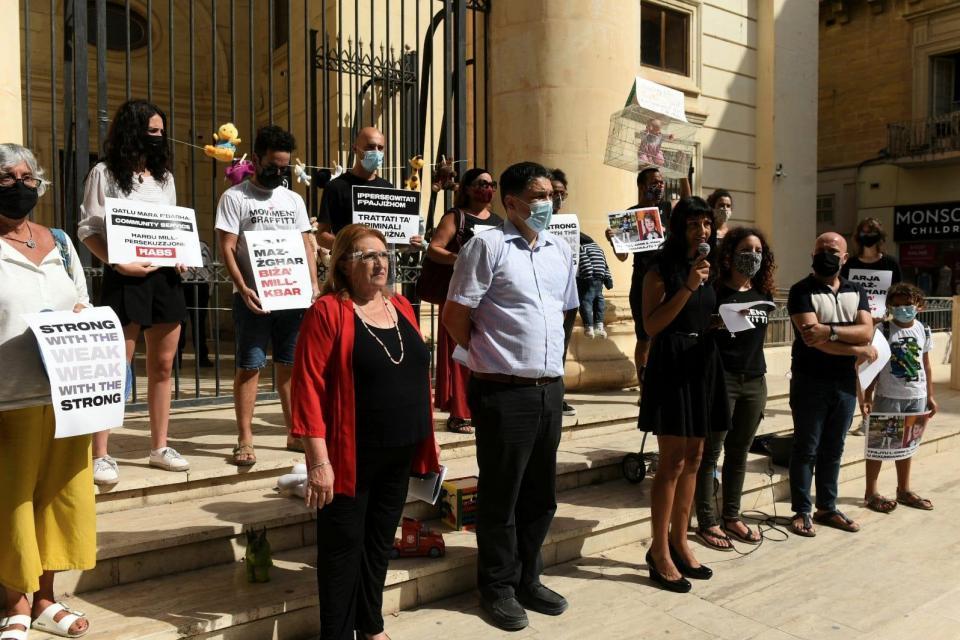 President emeritus Marie-Louise Coleiro Preca was among those who gathered for a protest outside the court on Thursday.

'The prison sentence is of no benefit to anyone'

Meanwhile, in court on Friday, the defence lawyers argued that the women are not criminals and are in fact in need of the State's protection.

“In these circumstances, a six-month jail term is of no benefit to anyone and goes against the reformative aspect of our justice system," Grima said.

The defence also argued that the women were protected by the Genova Convention, of which Malta was a signatory.

The Convention states: “Contracting States shall not impose penalties, on account of their illegal entry or presence, on refugees who, coming directly from a territory where their life or freedom was threatened.”

The appeal is being heard before Judge Aaron Bugeja.

The judge lamented the lack of evidence on which he is to decide the case, at one point telling lawyer Etienne Savona from the Office of the Attorney General that “with regards to evidence, in this case there is nothing, xejn, nil, zero, kaput.”

“I cannot accept new evidence at this stage,” the judge said, adding that “tangible proof is almost inexistent, and everything is in the air. I am looking for common ground.”

Bugeja said that the guilty verdict had been handed down over the use of false documents, but there were other documents in their possession too.

“Have we established that these women are in fact who they say they are?” asked the court.

The AG lawyer argued that giving a suspended sentence would effectively remove the deterrent against the use of false passports and create an imbalance in punishment.

Furthermore, the women had been found in possession of multiple identity documents.

The defence argued that the prosecution had rushed to arraign the two women.

“They left Greece as they were not given the protection they deserved because of their political leanings,” argued Grima.

“The truth is that the police rushed their prosecution of the four people,” the lawyer said.

Judge Bugeja however said that the problem was not the decision taken over their imprisonment. That magistrate, Bugeja said, was one of the best on the island.

He added that the appeal was to be decided over limited evidence.

The court also lamented the lack of sentencing guidelines in such cases and pointed out that using false passports “is the only crime that is almost uniformly punished.”

The judge retired to chambers, saying he would hand down judgment on Friday at 3pm.