Twenty-seven new COVID-19 cases were reported overnight, the health authorities said on Monday, up slightly on the 21 reported on Sunday, but still well below most days this month.

The death of an elderly woman having COVID-19 was announced earlier in the day, making her the 32nd victim. 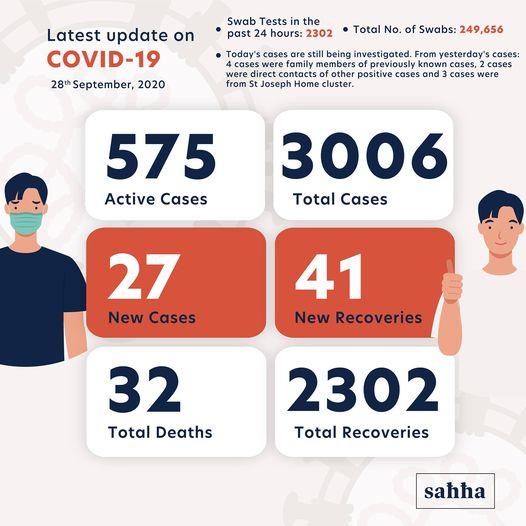 41 patients recovered between Sunday and Monday.

While the new cases are still being investigated, the authorities said four of Sunday's cases were family members of known cases; two were direct contacts with other positive cases and three were from the cluster at St Joseph Home for the Elderly. No details were given about the remaining cases.