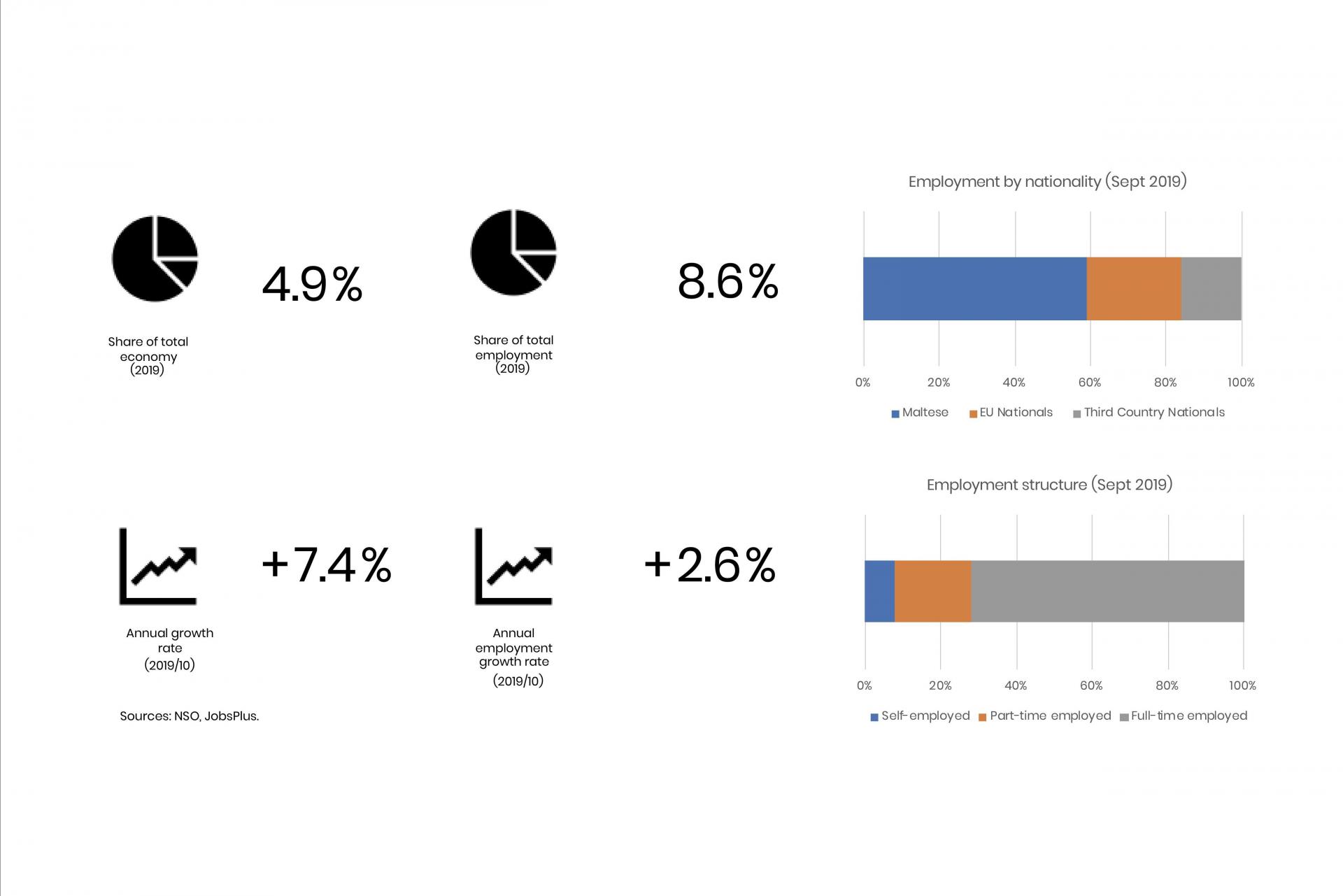 Tourism in Malta has been growing at unprecedented levels with all key players in this sector reporting strong performance which has also been reflected in the country’s overall economic development. The number of tourist arrivals during the period between 2010 and 2019 increased by 1.4 million to reach a record number of 2.7 million tourists by the end of last year. Similarly, bed nights increased by more than eight million during this period. The key underlying drivers behind this success include increased connectivity, diversification of tourist offering, significant investment in the sector and development of niche markets such as English language travel and diving. 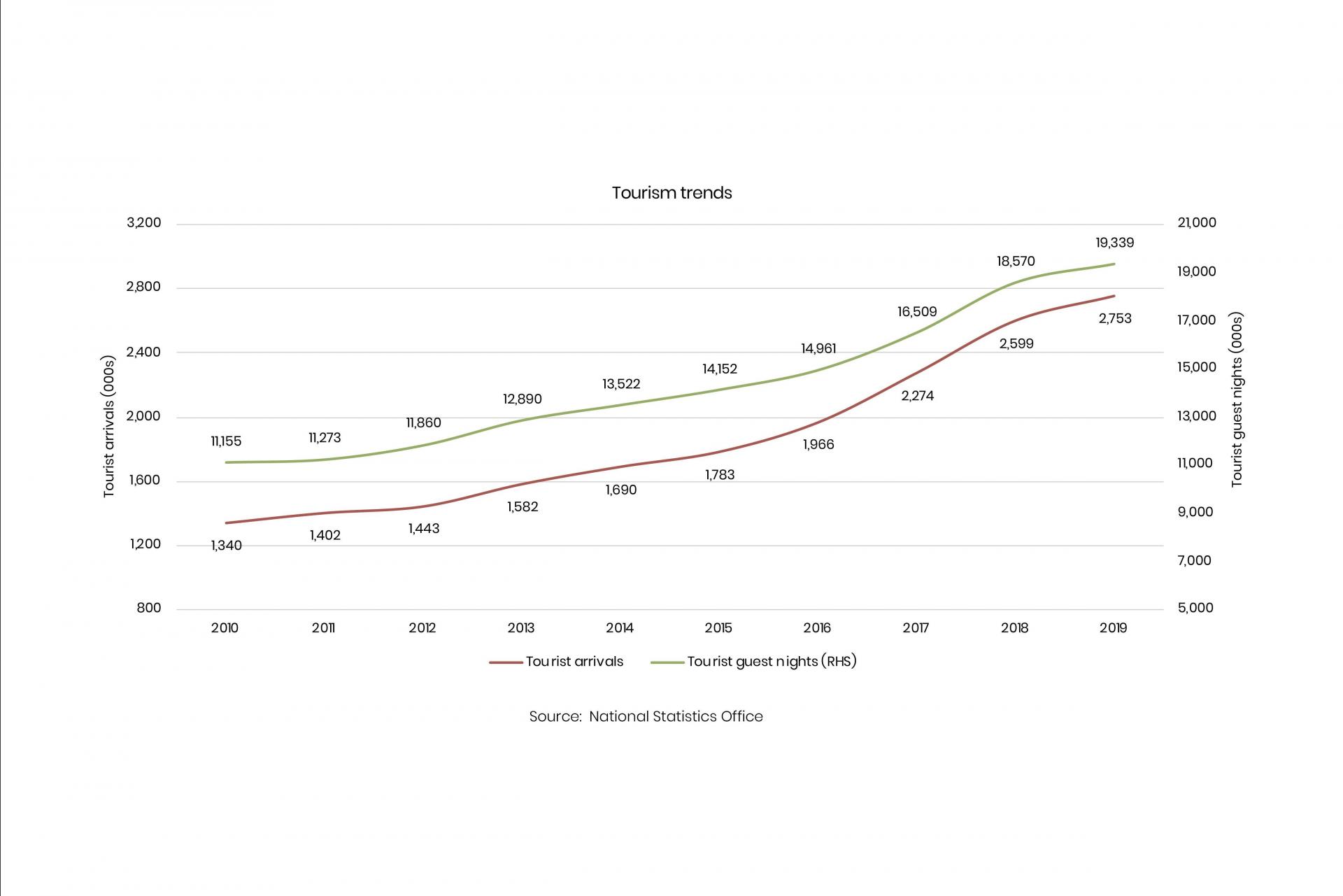 In view of these results, tourist expenditure grew by €1.1 billion over the past ten years to reach €2.2 billion by end of last year. However, the increase in expenditure has been primarily driven by volume rather than spend, with tourist expenditure per guest night remaining rather flat for the past years. This said, travel costs have been on the decline as a result of low-cost carriers and more out of tourist expenditure was being directed to other spend, including accommodation and restaurants. 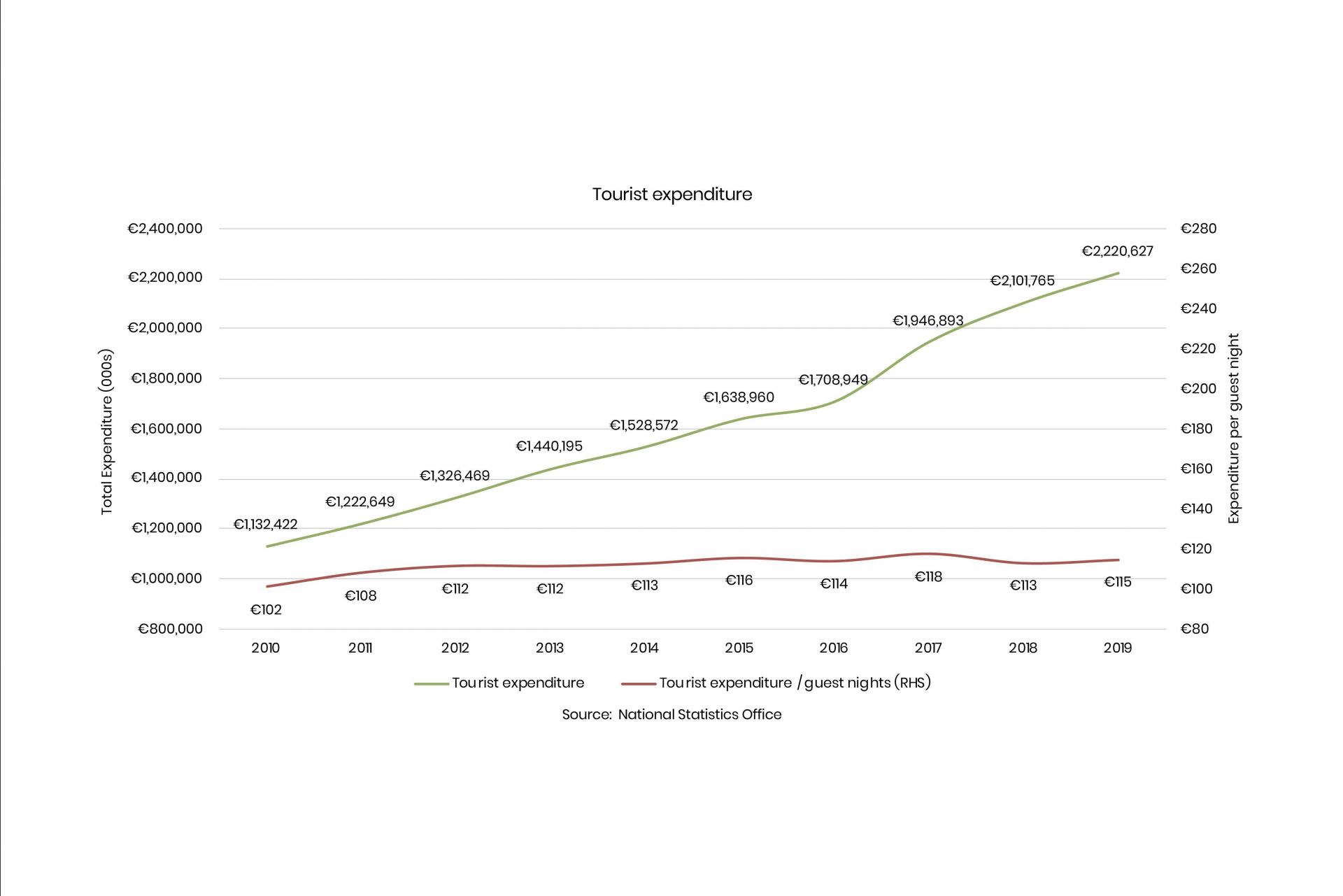 To this effect the accommodation and restaurant sector has been growing on average by 8.6 per cent annually during this reference period and today accounts for close to five per cent of the total economy. To meet this increased demand, registered employment within the accommodation and restaurant sector also increased substantially by more than 3,800 employees. Most of these new jobs in the sector were however taken up by EU and third country nationals as the number of Maltese employed within this sector fell by around 1,862 during the period between 2010 and 2018. As a result, only 58 per cent of the sector’s workforce today is Maltese. Whilst tourism is estimated to directly account for around 5 per cent of the economy the industry feeds into multiple other sectors. Retail trade, for example is a major recipient of tourism activity. So is transport and the entertainment sector. Taking into account, these indirect effects results in an overall contribution towards the economy of around 12 per cent (Dr Ian P. Cassar, Understanding the Economic Contribution of Tourism in Malta, November 2016).

After experiencing sustained annual growth, tourism has arguably been the worst-hit sector, taking the full brunt of the crisis. With an airport lockdown and the closure of all entertainment outlets including restaurants, operators in the accommodation and restaurant industry have seen revenues plummet. They are now in survival mode. Hotel profitability had already plateaued in 2018, as a result of the ever-growing shift towards non-hotel accommodation and compounded further by the increase in hotel bed stock supply. Non-hotel accommodation increased by 166 per cent over the past ten years and now accounts for close to 46 per cent of total guest nights. Guest nights in hotels increased by a far more conservative 31 per cent over the period. At the same time, the number of hotel beds increased by more than 7,000 over the period between 2013 and 2018, with the number set to continue increasing as more hotel development permits were approved in 2017 and 2018. 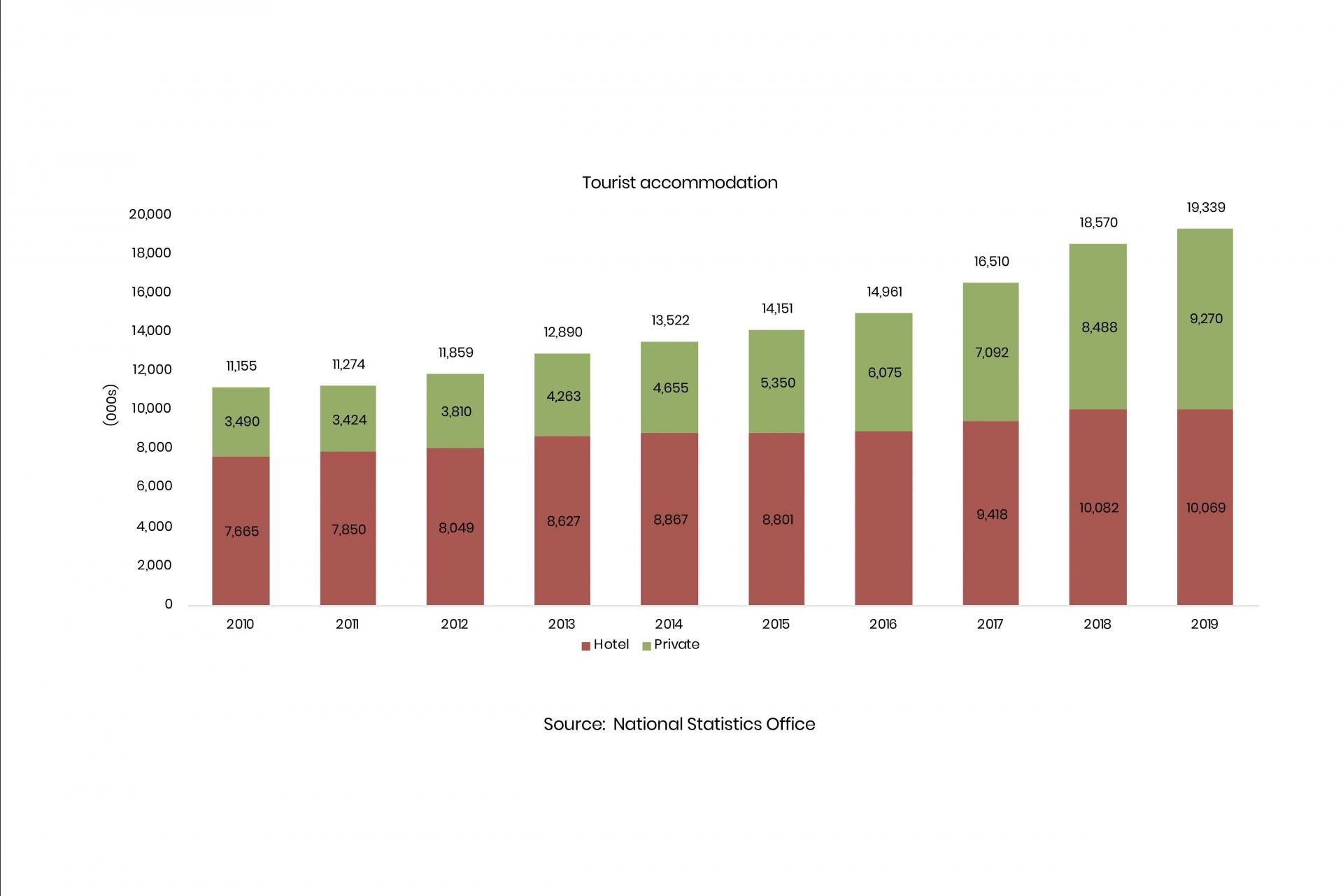 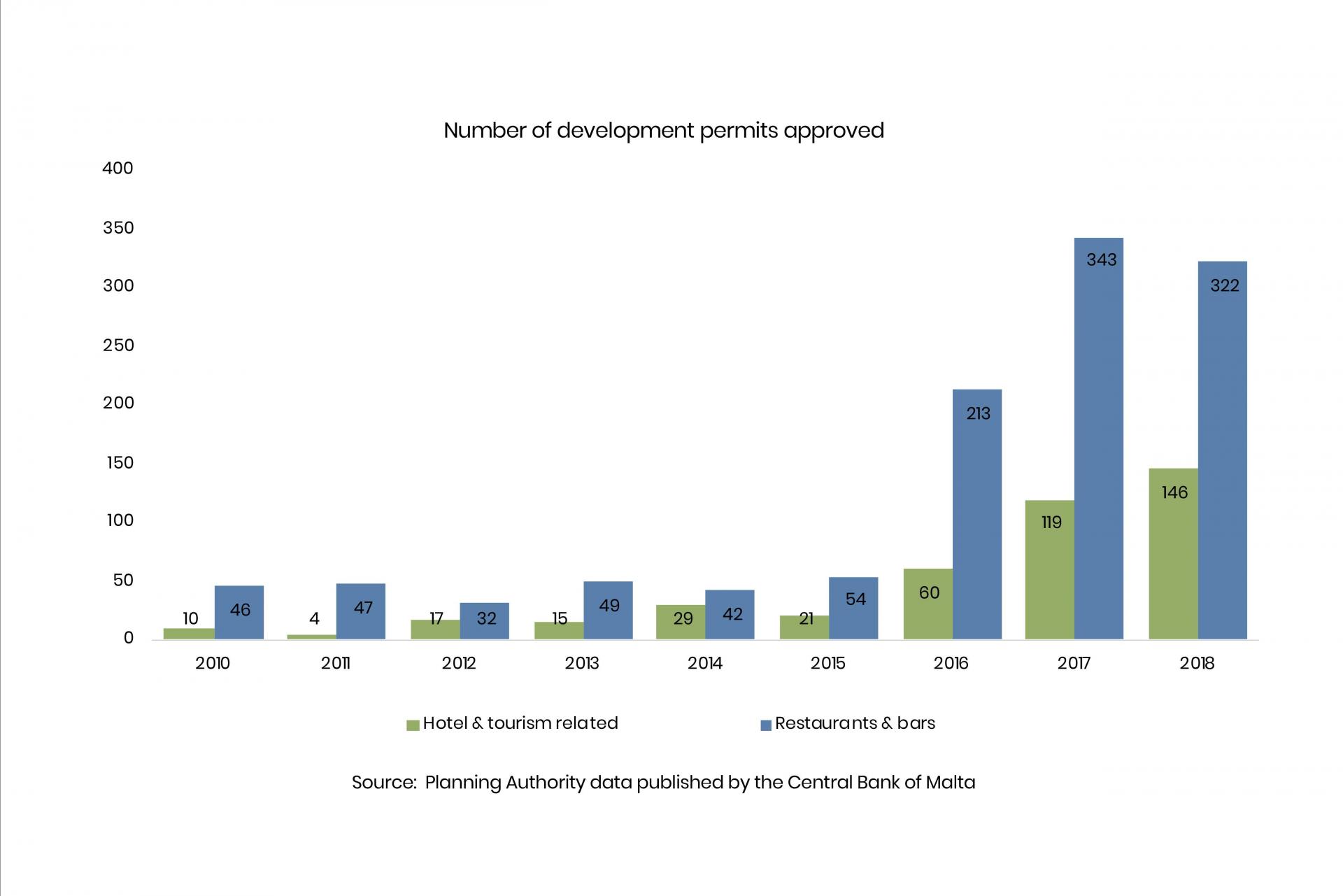 The exposure of hoteliers and restaurateurs to capital investment will be further exacerbated in view of the illiquidity. The measures announced cater for survival however the sector is diverse and includes many other businesses that are dependent on tourism. Event organisers, English language schools, transportation companies and others are also facing the strain.

The extent of the crisis is still unknown, however there is no doubt that the impact on the sector will be significant. The resurgence of the tourism sector is dependent on a number of factors. Apart from Malta reopening its own airport, the tourism industry is dependent on other airports opening up and also on the willingness of people to fly and go on holidays. The fear element, especially if a second wave of COVID-19 starts, will have a lasting impact on the propensity to travel. With no revenues, companies operating in this sector will be stretched to the limit especially those that are already highly leveraged and exposed following investments in growth and capital. From a human perspective, this sector will prove to be challenging as it is expected to be the last sector to come out of the crisis. There might be intra-sectoral consolidation however there needs to be a focused strategy on recalibrating the tourism sector especially in light of excess supply concerns, with potentially a greater focus on internal tourism until the aftershocks of the crisis begin to calm down.