During the era of US prohibition, illegal speakeasies thrived. And while the UK socially distances, there are similar reports of secret parties and raves today. Beyond such gatherings, there have been anecdotes of people from all walks of life ignoring advice to self-isolate, illicitly mixing with other households and refusing to wear masks.

Research suggests that although most people in the UK intend to follow social distancing guidelines, the number who do is far lower. This demonstrates a well-known phenomenon in public health called the “intention-behaviour gap”. But why are people’s behaviours not matching their intentions, and what implications does this have for our attempts to tackle COVID-19?

There’s a concept common to high-risk industries (such as aviation and the oil and gas industry) that might explain things: “risk normalisation”. This is where small risks become gradually acceptable over time. This is down to the brain judging how likely something is to happen based on how quickly an example of an occurrence of it comes to mind.

Early on in the pandemic, perceptions of risk were high. But by the end of October, only around 1%-2% of the UK population had definitely had the virus. And of those people, only a fraction will have exhibited severe symptoms, meaning most people today have not personally seen the serious impact of COVID-19 on someone’s health.

It can therefore seem that infrequently meeting up with friends or family has a low chance of affecting your own health. This low-risk perception may then tip the scales towards people deciding to break guidelines. Indeed, studies in the US and the UK have identified that lower perceived risk levels influence people to ignore public health guidance.

How to stop people ignoring risks

There are several ways that the government could combat risk normalisation. These involve employing strategies that high-risk industries use to keep their workforces safe.

One tried-and-tested tactic is regular communication about risk. Frequent communication can help remind people about unseen dangers, making them more likely to prioritise safe behaviour. Energy companies, for example, send summaries of incidents from across the sector to teams, and schedule time for staff to talk about how to prevent something similar happening.

The effectiveness of using this tactic during the pandemic can be seen in several countries that have successfully limited the spread of the disease. Vietnam has seen remarkably few deaths, partly because of its communication strategy. The Vietnamese government has used multiple media, including a pop song, to repeatedly convey information. These communications have sent a consistent message to citizens every day.

In a survey of PR professionals, Germany’s and New Zealand’s communication strategies were also praised, rating timeliness, alignment with policies, and tone as the most important aspects of their success. 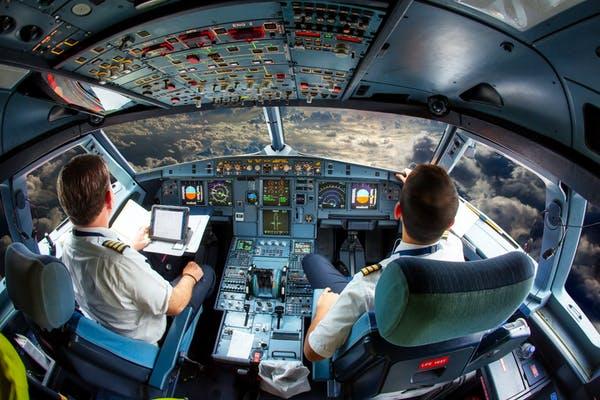 The attention demands of the cockpit can lead pilots to ignore risk warnings from other members of the crew. Skycolors/Shutterstock

While communication is key to shifting mindsets, high-risk industries have also shown that it’s important to design safety guidelines around how people actually behave, rather than how we hope people will behave. People will find themselves in situations where guidelines are not clear, social pressures make bending the rules attractive, or a distraction makes them forget about the rules.

The airline industry, for example, trains junior cabin crew to be more assertive, as pilots can become oblivious to their environment during periods of heavy concentration. Accidents have been attributed to this intense focus, when pilots ignored warnings from junior crew members and planes ran out of fuel. To avoid this happening, the training works to prepare crews for these natural but unwanted dynamics in human behaviour.

Similarly, the government could benefit from thinking about situations where people will want or need to dismiss risk and disregard the rules, and about how to design policies or guidance so that people have less desire to do so. Singapore, for instance, has given its citizens electronic tracing tokens, which tracks who they come into contact with without them having to download a smartphone app. Adopting something similar could help in the UK.

As of late October, the NHS COVID-19 app has been downloaded 18.6 million times, but assuming one smartphone per person, that still only represents approximately 30% of the population of England and Wales. There are several reasons people may not have downloaded the app, such as not owning a smartphone or having concerns over data security. Using tracing token has allowed the Singaporean government to get around these personal issues, stopping them from becoming reasons to dismiss risk.

In Eritrea, which at the time of writing has had less than 500 cases of COVID-19 (across a population of roughly 6 million), the government has recognised that people are far more likely to listen to local social networks and community elders when it comes to health advice. So, it has devolved the job of disseminating COVID-19 information to those people that the public actually listens to. The Eritrean government and UNICEF have also identified and supported disadvantaged groups, noting that these individuals might otherwise have to break health guidelines in order to survive.

With the holiday season fast approaching – and with it, the threat of compliance with public health rules falling – countries around the world should try to apply these principles as best they can. Regularly communicating about risk and designing human-centred policies that are harder to dismiss can go some way to balancing out lowering perceptions of risk.