In Żebbuġ’s main square, a portrait of Jesus and another one of the Lady of Sorrows sit on benches that have been vacated by elderly men after the health authorities warned about the spread of COVID-19. 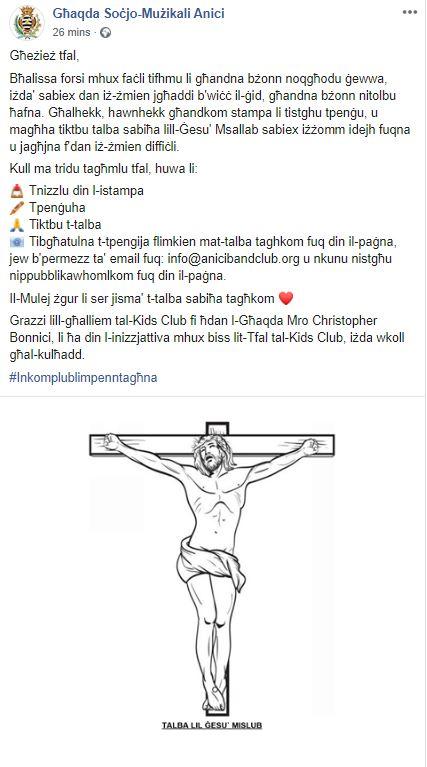 In Qormi, quarantined children are colouring in an outline drawing of a crucified Jesus, which a local band club will then upload on its Facebook page alongside Holy Week prayers.

These are among the attempts to make up for the years-old traditions that thousands of people look forward to every Easter – Christianity’s most important feast – but that will not be experienced this year.

Among those traditions are the Lady of Sorrows procession, Palm Sunday re-enactments, Maundy Thursday’s seven churches visits, the Good Friday procession, the blessing of the figolli and Easter Sunday celebrations.

This year, people will instead have to make do with their set of miniature statues at home and be content with homemade potpourri that reminds them of the smell wafting across churches during Holy Week. Some enthusiasts have shared the potpourri recipe in Facebook groups dedicated to Lent and Easter events.

‘Prayer meetings’ have also gone virtual while the Church will be beaming the liturgical celebrations into people’s homes via television and the internet. 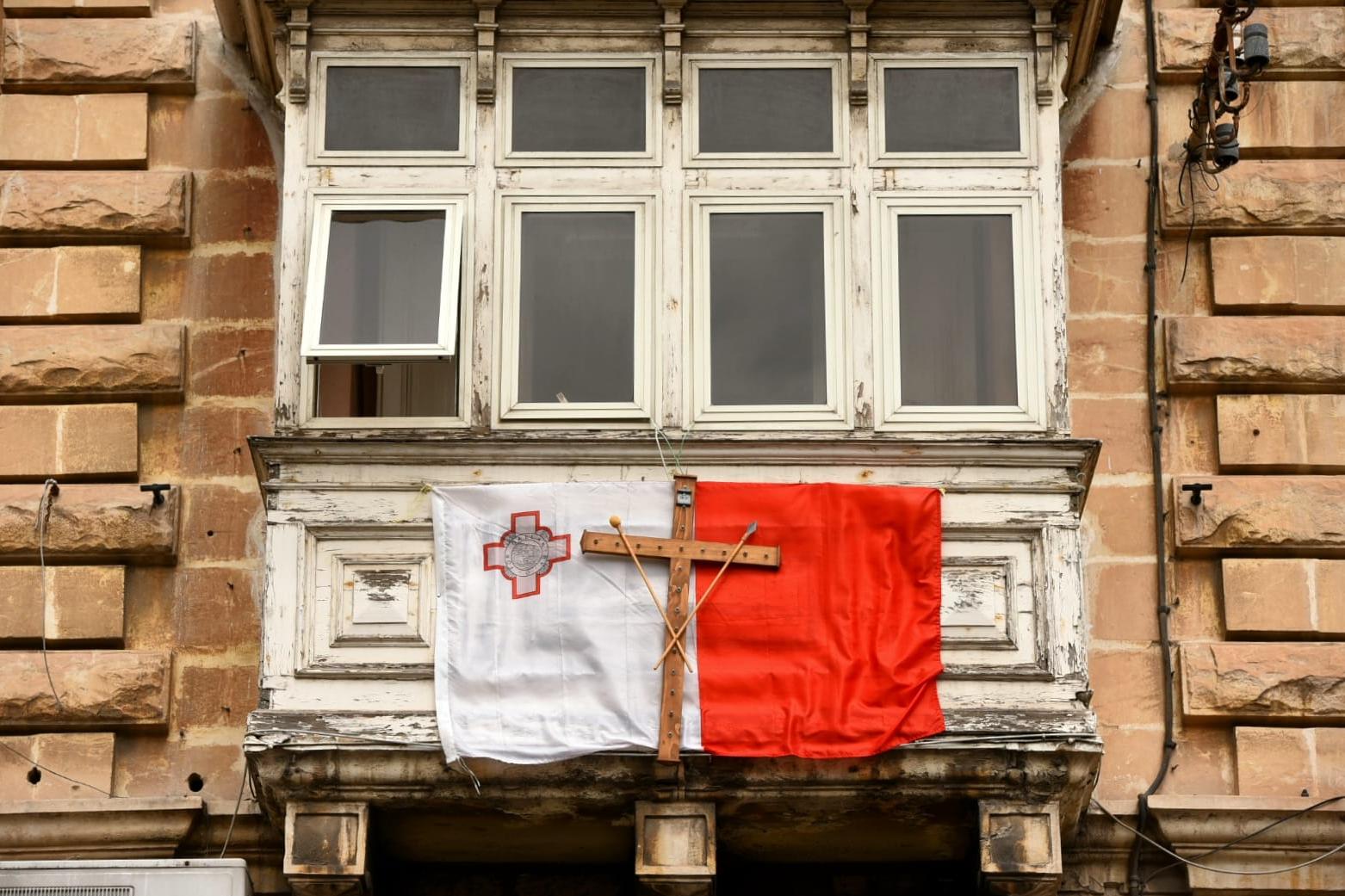 Among those broadcasts will be Masses said today to mark Our Lady of Sorrows devotion, by Bishop Joseph Galea-Curmi at 9.30am and Archbishop Charles Scicluna at 5.30pm, followed by the rosary beneath the miraculous crucifix of Ta’ Ġieżu in Valletta.

There will be similar broadcasts on Psalm Sunday and throughout the week, while on Maundy Thursday, people can follow Mass presided by the Archbishop at 5.30pm, followed by worship in front of the Altar of Repose. At 8.30pm, he will lead prayer themed Seven reflections with Jesus.

At 3pm on Good Friday, he will lead the liturgy of the Passion and Death of the Lord, followed by the Via Crucis at 6.30pm.

Easter Vigil liturgy will be held the following day at 8.30pm and Easter Sunday Mass will be said on April 12 at 9.30am.