Updated 6.57pm with announcement of prime minister's surprise visit to a testing centre.

Martina Agius, a 24-year-old podiatrist who works at a swabbing hub in addition to her regular duties told Times of Malta that centres have been working non-stop to meet the increased demand in testing with less staff and an increasing shortage in personal protection equipment (PPE).

“We keep each other motivated and if someone is tired, we take it in turns to make sure everyone can breathe,” Agius said.

“People waiting complain a lot because of the wait and children get agitated in the queue.” 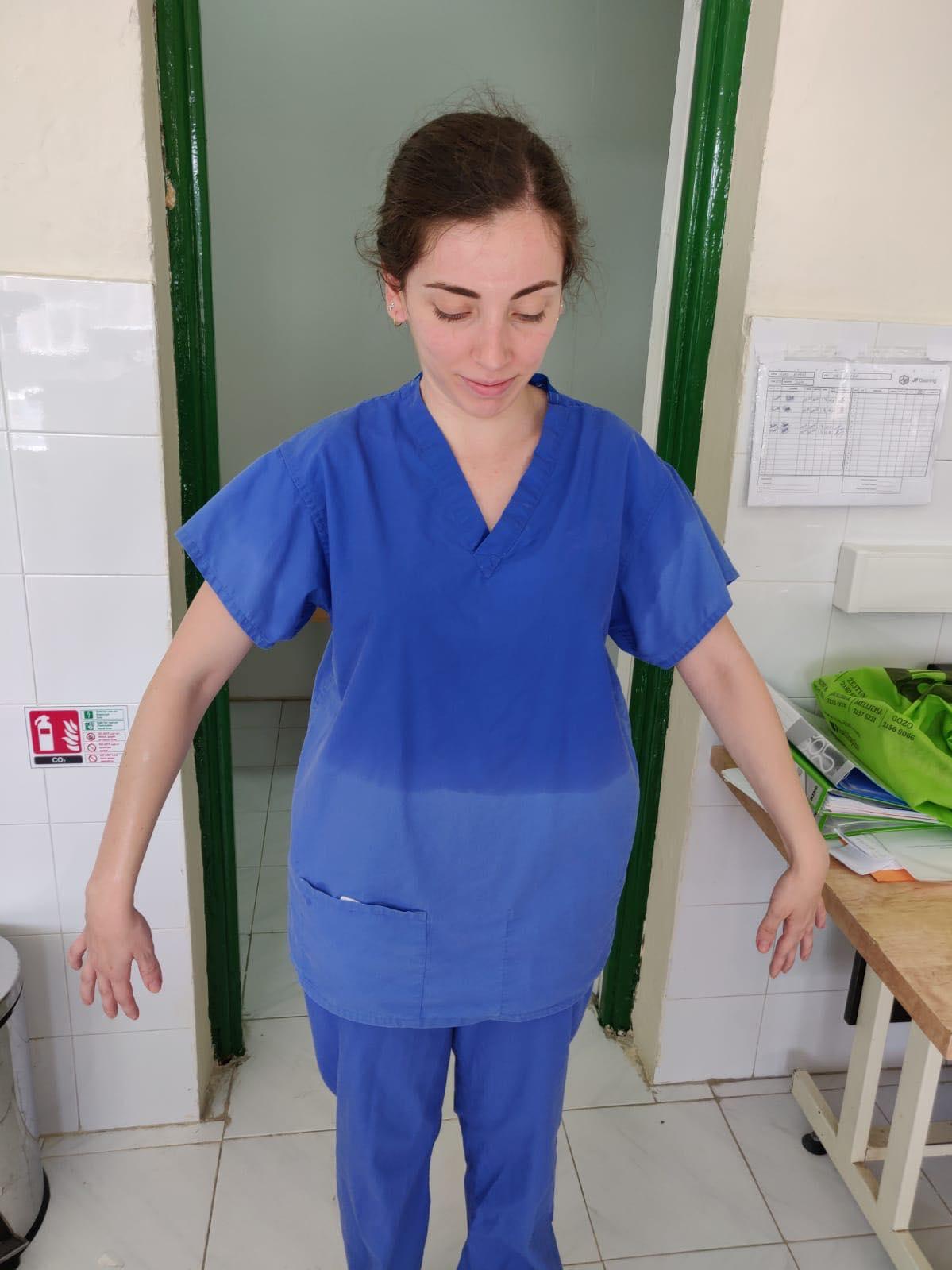 “But we have to make sure infection control protocols are followed, even if people have to wait and we are sweating to our knees.

“To keep the people as well as ourselves safe, no mistakes can be made.”

In a public Facebook post that has since been removed, Agius criticized Prime Minister Robert Abela's approach to relaxing COVID-19 measures, calling the reduction in staff and equipment at centres premature.

“Couldn't you predict the future just by looking at the situation in other countries and by taking advice from people working on COVID-19 duties every day at the front line?” Agius asks.

“We predicted the future for you in June/July... We had clearly identified how we wouldn’t have the necessary resources when the second wave would hit.”

Agius says that an initial shortage in disposable visors was dealt with through a supply of reusable visors, which workers have adapted to sanitizing frequently.

However, with an emerging shortage of gowns, Agius says workers have been told they would be given hazmat suits in the event of a run out, which would further worsen working conditions at the swabbing hubs.

Martina Agius and a colleague in drenched scrubs after a swabbing shift. Photo courtesy of Martina Agius

“In our summer heat it would be a nightmare to wear those suits,” Agius said.

“The swabbing hubs should have been equipped for the summer weather taking into consideration the people who would be wearing full PPE.”

Additionally, Agius says she has not been paid for her work in the testing center.

“I work there on an overtime basis, so after work or on the weekends. I’ve been working since the end of March and I’ve only been paid for April,” Agius said, adding that she was told that payment was delayed due to administration issues.

“The Public Health department is doing a wonderful job and it is not their fault that the situation is what it is right now,” Agius said.

“The government should have listened to public health specialists who work at the hubs who warned the authorities that letting go of well-trained staff will not fare well with the second wave.

“Telling everyone that we won the war gave a false impression that somehow we are immune to the virus and that there will be no second wave.”

Within hours of Times of Malta carrying Agius's comments Prime Minister Robert Abela uploaded a Facebook post saying he had made a surprise visit to Luqa testing centre to thank the workers and check on their working conditions. 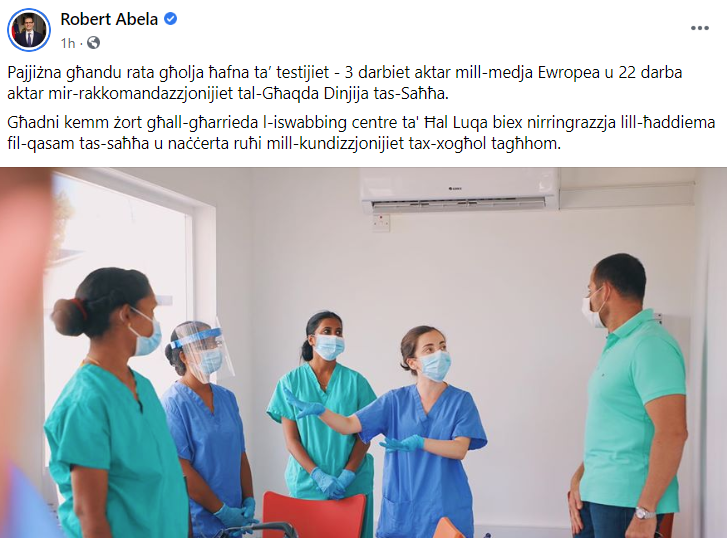 The prime minister announces that he had visited a testing centre.

Agius was not the only healthcare worker who has voiced concerns over the situation at the swabbing hubs.

Last week, 22-year-old dentist Thomas Grixti likewise took to Facebook to express his frustration at being told to hurry up by people waiting in line to get tested.

Posting pictures of himself drenched in sweat after two hours of work in PPE in the “scorching Maltese climate”, Grixti appealed for empathy and for the public to understand the stress and responsibility that faced frontliners keeping up safety protocols given the current situation.

“Make no mistake, COVID is still around. Be vigilant, and respect those people sweating their guts out just so you can go to the beach and bake your banana bread with your mind at ease,” Grixti said.

Malta currently has a record high 415 active COVID-19 cases, with 23 new cases registered on Monday. There have been 1,618 swab tests carried out in the past 24 hours, with a total of 143,385 tests since the start of the spread of the virus.

Times of Malta has reached out to the Health Authorities for comment.