The COVID-19 wage supplement will be extended beyond the end of October and also made available to some other sectors affected by the economic impact of COVID-19, Prime Minister Robert Abela said on Sunday.

Replying to questions on the forthcoming Budget, Abela said he could not say, now, if new vouchers (to boost consumer spending) would be issued by the government. But the system had been very well received.

“I  am not excluding it, I will leave this for the Budget,” Abela told interviewer John Bundy on One Radio.

This, he said, would be a socially-focused budget based on pensioners, the workers, and those who had fallen on hard times. There would also be a strong accent on the infrastructure particularly the roads, as well as measures to help the private sector, attract foreign investment, boost the economy and protect the environment.

“We’re going to have a good budget in spite of COVID,” Abela said.

“For there to be a good quality of life, we need to avoid austerity and encourage people to participate in the economy.”

Parents should send children to school

Abela also said that parents would not be penalised for not sending their children to school because of COVID-19.

“I will be taking my own daughter to school,” he said.

“We cannot lose an entire generation of students. We will have no guarantee that students won’t get COVID-19 and there are protocols put into place should that be an eventuality,” Abela said.

“But as parents we also have to realize that the harm of delaying our children’s education could be greater.”

“Nothing can replace a child’s presence in the classroom. Online learning is an alternative, but not a complete substitute.” 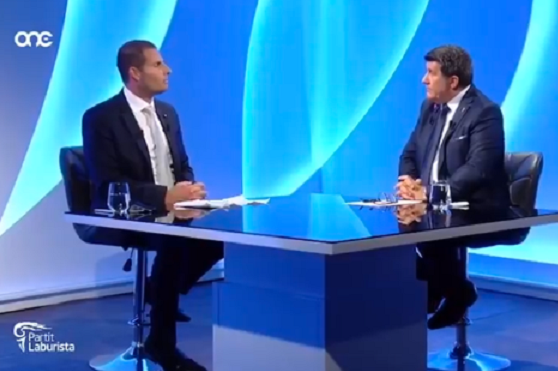 He said some would even complain that the authorities were going overboard in the imposition of measures and protocols in schools.

The government, however, would continue to do whatever is needed to assure parents that they can safely send their children to school, although no penalties will be imposed on those who won’t, and opt for online learning instead.

The government on Friday said the opening of schools had been moved from this Wednesday to October 7 to enable better planning in view of COVID-19 concerns. The decision was taken after talks with the Malta Union of Teachers.
The schools will be opened gradually over a seven-day period, the government said.

Asked what he was planning to do the address a section of the population’s concerns regarding migration, Abela said that while he could never guarantee another boat would not bring migrants to Maltese shores, the government had proven its track record by significantly reducing the number of arrivals during a time when thousands of people had departed from Libya.

“To find a proper solution we have to treat the problem at the source,” Abela said.

“It is pointless to allow thousands of people to depart and create the possibility of risk while putting people in danger. A solution needs to be found on Libyan shores, with humanitarian stations treating the problem in Libya.”

“And this isn’t work that Malta should do by itself, but internationally with the rest of Europe, we have to find a solution in Libya.”