There were 582 confirmed new COVID-19 cases recorded in Malta on Wednesday, according to government figures, the highest daily total since the pandemic began.

Two people died while positive for the virus, both men aged 52 and 53.

It marks a rise of 72 on the previous record of daily cases set on March 10 last year. 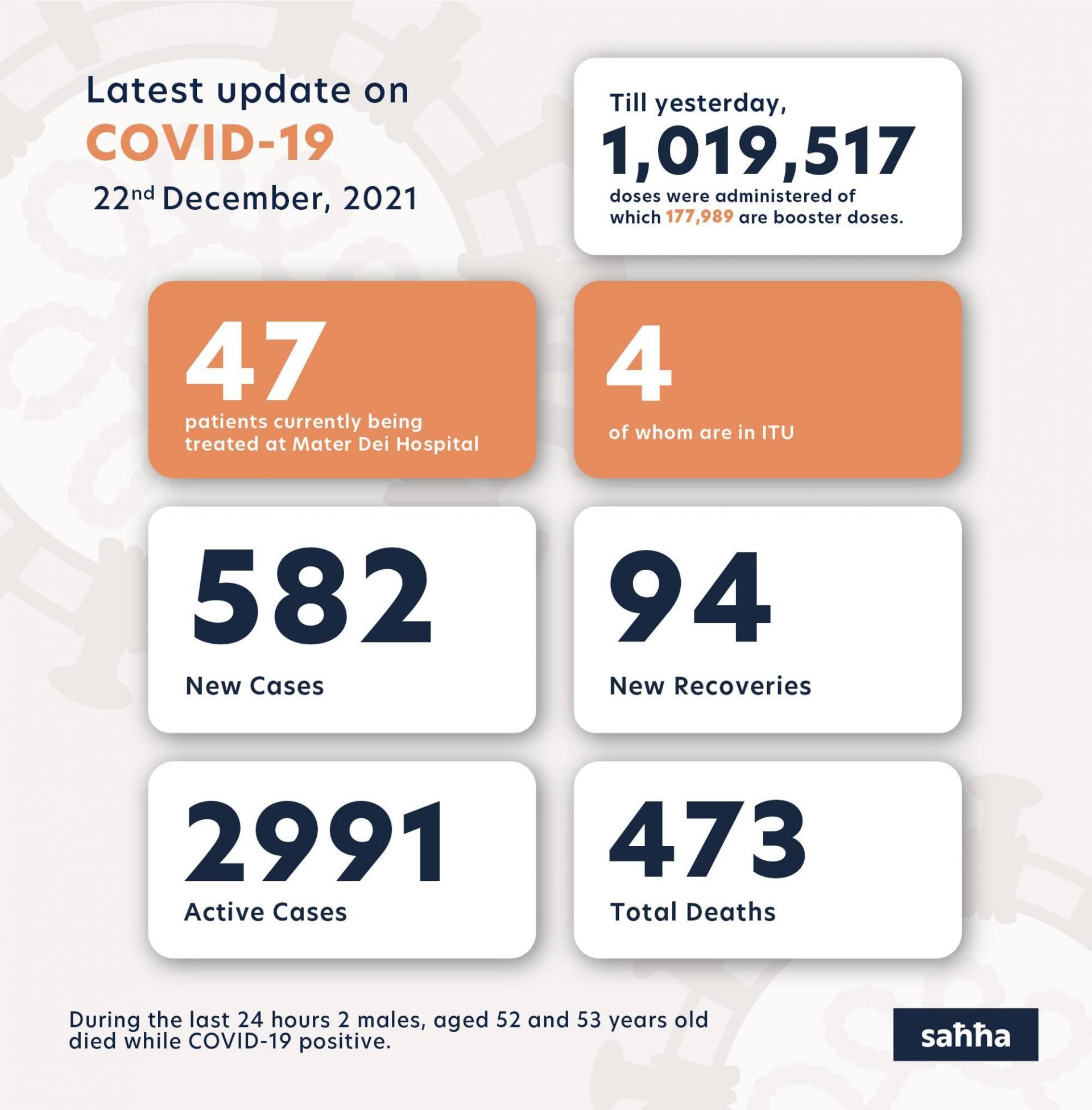 The number of virus patients in hospital has also risen, to 47 from 40 on Tuesday. Four are in intensive care.

The number of new cases has been increasing fast. There were 252 new cases on Monday and 386 on Tuesday.

The Malta Union of Nurses on Wednesday morning expressed concern that hospital beds were full and nurses were exhausted. It said non-urgent operations should be postponed to ease the pressure.

It also complained that the government had not closed bars or curbed travel from high-risk countries, including the UK, to limit the spread of the virus.