A celestial constellation has inspired the major closing visual arts exhibition of Valletta 2018.

Bringing together different disciplines and artworks ‒ from installations, painting, photography to interventions in the landscape and even embroidery ‒  Constellation Malta takes visitors to various heritage sites across the Maltese islands with the aim of creating a dialogue between our rich heritage, contemporary art and popular culture. 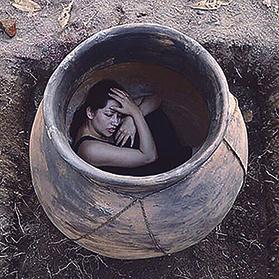 Ecuadorian artist Saskia Caldéron in Mater, a video recording of her performance at Ħaġar Qim and Mnajdra Visitor Centre, Qrendi.

“As the chosen venues were placed in different parts of the islands, an imaginary map was created, a map with different points of light, which in my imagination became stars that could create new constellations of meaning,” said art historian and curator Rosa Martinez, who is based in Barcelona, Spain.

“The title appeared as a way to recognise how reflections on art, culture, social and political issues could be sent to the world from this specific place on the planet. Local visitors could enrich their visions with the new light emanating from the projects of artists who had never before exhibited in Malta, while the international visitors could discover new meanings thanks to the interaction between contemporary art and your amazing heritage sites.”

Ms Martinez, who is considered an expert in biennials and was the first female director of the Visual Arts Exhibition of the Venice Biennial in 2005, visited catacombs, quarries, churches, museums, fortresses and palaces and wandered through the streets to have a feel of everyday life during the research phase.

She discovered the chosen venues in “a very organic process of discovery and critical reflection”. For example, when she first visited Gozo to see whether the Calypso Cave in Xagħra was suitable for a possible exhibitor, she found it closed but was “fascinated” by the Ta’ Kola windmill nearby.

The title appeared as a way to recognise how reflections on art, culture, social and political issues could be sent to the world from this specific place on the planet

Other sites that made it to her list include the National Museum of Archaeology, the church of St Mary Magdalene and Fort St Elmo in Valletta and Tarxien Temples.

As regards the exhibitors, Ms Martinez said she always tries to create “la bella combinazione” (beautiful combination) between local and international, upcoming and established artists. However, her main focus is on women. 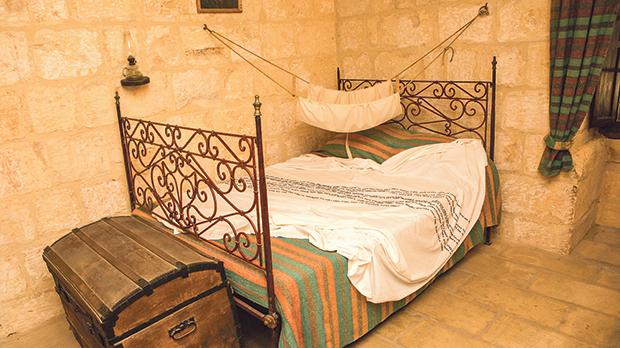 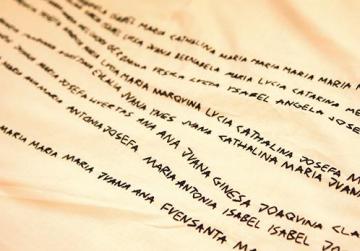 “I think a balance must be achieved and the voices of female energy must be heard. So, the question by the critic Lucy Lippard ‘Why there have not been great women artists’ can be answered and corrected,” she said.

Ms Martinez met Mr Camilleri quite by chance on that first day in Gozo. His photographic and archival work, titled Disgħa (Nine), is on display at public spaces across Malta, Gozo and Comino, including a cliff in Sannat and a development site in Mosta. However, whoever visits the exhibition at Fort St Elmo can see photographs taken by Mr Camilleri himself of each one of the nine site specific installations.

Among the list of exhibitors, perhaps the one that arouses most curiosity is the Malta Fancy Poultry and Pigeon Club. Ms Martinez came across the club during a visit to San Anton Gardens, where they were having their annual display.

“Real life and natural beauty were there, ecological concerns too, and even a competition to give the prize to the most outstanding animals, so I thought that even if they did not have ‘artistic’ pretensions, they were relevant enough to be included,” she said. The result is a photography exhibition by Marina Abramović at the National Museum of Natural History in Mdina, exploring the link between man and nature.

The Forensic Architecture and Forensic Oceanography, a research agency based at the University of London, is presenting two videos at Fort St Elmo. These offer a counter-investigation of the versions given by political European authorities in relation to the immigrants who try to reach Europe to have better conditions of living.

“This is a very political project, looking for justice and truth,” Ms Martinez pointed out.

Another participant is Readymades in Malta, a collective and anonymous project that questions artistic authorship.

During their research trips to Malta, the participating artists were asked to take photographs of different elements found in public spaces that looked like contemporary artworks. They later had to invent a fictional name for an imaginary artist besides a title for the proposed work.

“The main goal of the project is to show how reality imitates art and how fantasy and beauty appear in everyday life. These images are displayed in the arches of Senglea, as an example of public art in an amazing context of social housing,” Ms Martinez remarked.

The curator admitted that the project faced many difficulties but she felt honoured and privileged to have been able “to create inter-actions” between contemporary artists and historical venues.

She said: “I trust new consciousness and some light will emerge from this dialogue, so Constellation Malta becomes not the closing exhibition of V2018, but the one that opens Malta to relevant concerns for the third millennium.”

Constellation Malta, organised by the Valletta 2018 Foundation, is being held at various venues across the Maltese islands until December 9. For more information, log on to https://valletta2018.org/ or visit the Constellation Malta Facebook page. 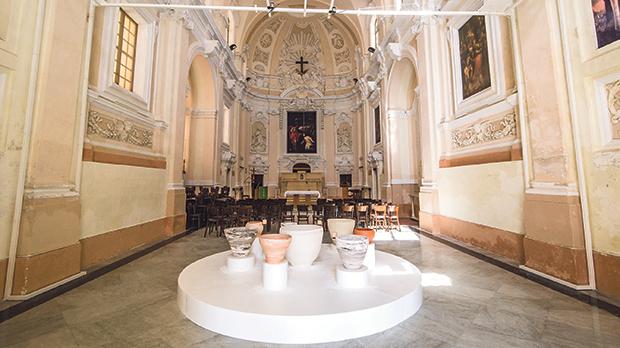 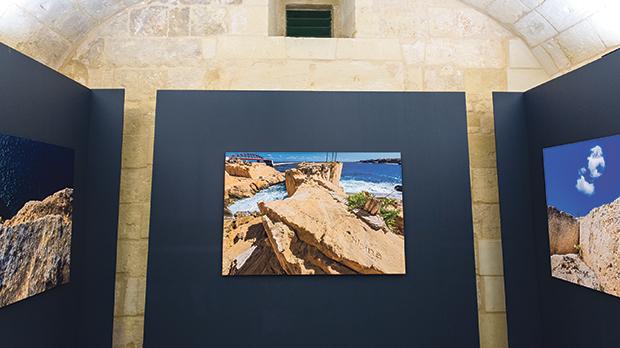