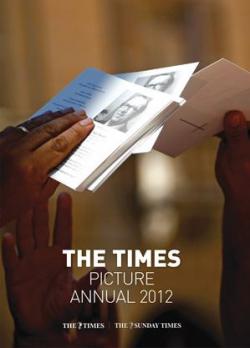 In 1937 the famous French photographer, Henri Cartier-Bresson was in London on assignment to cover the coronation of King George VI for the French weekly Regards. He took no photographs of the King but instead focused on the monarch’s adorning subjects lining the London streets.

Cartier-Bresson was a master of candid photography which relied on the ‘decisive moment’ and consequently influenced generations of photographers.

He is thus considered to be the father of modern photojournalism.

“Photography is not like painting,” Cartier -Bresson told The Washington Post in 1957. “There is a creative fraction of a second when you are taking a picture. Your eye must see a composition or an expression that life itself offers you, and you must know with intuition when to click the camera. That is the moment the photographer is creative. Once missed, the decisive moment is gone forever.”

His 4,500-word philosophical preface was published in his book Images a la Sauvette accompanying 126 of his photos from the East and the West.

The book contains the term “the decisive moment” now synonymous with Cartier-Bresson. The front cover of this book was designed by French painter Henri Matisse; possibly a collaboration or exchange since Cartier-Bresson photographed many portraits including that of Picasso and Matisse himself.

Photojournalism is that kind of photography that relies on instinct and reaction. It is not a craft that can be taught comprehensively. The discipline is achieved through experience, often hard won, rather than through any form of specific education. It is about a combination of cognitive sense and how to organise a response to what you have seen.

The Times Picture Annual 2012 contains a string of images grouped under six headers. They show a variety of situations that illustrate everyday life. They are now published unaccompanied by a story, barren of text, except for a caption and date. The photographs are divorced from their temporality and are now elevated to the exclusivity of ‘gallery walls’ in a book.

As we leaf through the annual, it is immediately obvious that some photographs stand out more than others, and, this is because they contain the unmistakable mark of ‘decisive moment’ photography which brings out the magic in the picture, while others lose their enamel and show no depth of character.

The photograph on the front cover epitomises the use of ‘decisive moment’ and shows the fervour of the crowd gathered to hail the passing away of ex-Prime Minister Dom Mintoff. It achieves this in a subtle way and is totally different to other pictures illustrating the same event.

Darrin Zammit Lupi, the author, intelligently makes a ‘trace of a trace’, a photograph of another photograph printed on the memorial cards as they are distributed among the crowd.

The ‘providential’ shaft of light falling on the cards not only makes the photograph visually interesting; it also seems to give an aura generated by the image of the deceased himself. His other photograph on page 99 depicting ‘A Labour Party supporter’ sandwiched between two colossal pillars, is full of visual delight and monumentality; which reminds me of the marble slave supporting the high Baroque monument of Grand Master Nicola Cottoner in St John’s Co-Cathedral, gazing upwards.

Another photograph which relies on the ‘decisive moment’ is that of Matthew Mirabelli on page 123 which shows a security guard passing though a rectangle of light on the left of the picture and a ‘body’ placed on a rectangular tray. The play of light and shade is supreme, and, had it not been for the caption, which anchors the picture in an art gallery, one might conclude that this was a clip from the popular TV series X-Files.

The incredible photograph by Chris Sant Fournier on pages 104/5 contains a tapestry woven with humans and machines; an image rife with visual irony.

Religious nuns digging into a fast-food bag with tourists chatting on the tarmac of a runway, cluttered with patrol vehicles and a jumbo jet suspended in flight overhead fills up the sky to complete the visual ‘mayhem’; a most intriguing photograph which also relies on the ‘decisive moment’.

A fitting double page spread (pgs 82-83) for a well composed picture by Jason Borg, shows a man waving the Maltese national flag as a cruise-liner departs the Grand Harbour. A bird in flight, suspended on the left-hand side of the picture, seems to join in the salute.

Once again, this collection of images reaffirms the status of the camera as the tool par excellence to capture the ‘decisive moment’, and also shows the ability of still images to put across indirect, complex and new ideas. Their vivid authority through the eyes of the individual photographer remains a potential communication tool and asserts photography’s role in visual storytelling and creating new languages in journalism.

• Mr Fenech is an artist, photographer and educator.