A criminal investigation should be launched into a €15,000 contract Education Minister Justyne Caruana gave her close friend Daniel Bogdanovic, who lied about having done the work he was paid for, an ethics report has found.

In a damning report, Commissioner for Standards in Public Life George Hyzler details how the minister abused her power in awarding a contract to Bogdanovic, a former footballer.

The report, which found the minister breached ethics rules, lays out bare how although Bogdanovic was paid handsomely to review the National Sports School, he had not even written the report himself and then repeatedly lied about it when questioned.

The report says there was a “concerted effort to hide Bogdanovic’s incompetence” and that the work he was handsomely paid to carry out was in fact done by one of Caruana’s consultants, Paul Debattista.

Hyzler recommends that parliament’s standards committee release the report and consider referring it to the police over the potential violation of the criminal code, which could see anyone found guilty liable for up to six months in prison.

“It is my understanding that Minister Justyne Caruana used her discretion in a way that constitutes abuse of power, and broke with the ministerial code of ethics, by giving preferential treatment to Daniel Bogdanovic, and in particular by giving Bogdanovic a contract by direct order that he was neither qualified for or competent to carry out,” the report concludes.

Hyzler had been asked to investigate the matter by independent electoral candidate Arnold Cassola, who claimed Bogdanovic was in a romantic relationship with the minister when he was handed the lucrative contract.

Both Bogdanovic and Caruana denied they had an intimate relationship and instead used the term “friendship”. This, however, was deemed enough by Hyzler to constitute a violation of the code of ethics.

The report raises questions about Bogdanovic’s other roles within the education ministry, with some officials testifying that he was responsible for technical work and others saying he made photocopies and took visitors’ temperatures as part of COVID-19 protocols, acting as a sort of receptionist-cum-gofer.

Who authored the report?

The main issue of contention, however, is the contract awarded for Bogdanovic to draft a report on ways to improve the National Sport School.

The report, entitled ‘Assessment, Review and Recommendations for National Sports School: A Proposal to Minister for Education’, lists Bogdanovic as the author and was written on March 23.

The permanent secretary at the education ministry, Frank Fabri, declined to say whether it was the minister who had put forward Bogdanovic’s name for this study into the sports school, even when asked multiple times.

Paul Debattista, a consultant to the minister, however confirmed it was Caruana who proposed Bogdanovic carry out the €15,000 study.

Caruana and Debattista’s testimony did not tally in sequence, and Caruana said that rather than sequential order, the events leading to the contract being awarded had happened “all at once”. 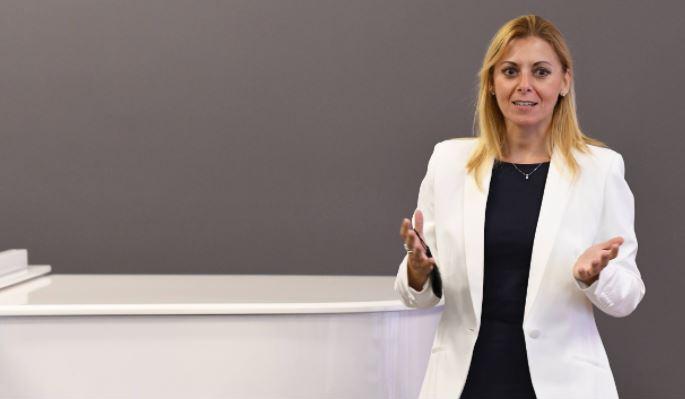 Education Minister Justyne Caruana's testimony was not deemed to be very convincing.

Hyzler said he felt he could not rely on this testimony.

Caruana also said she had consulted both the president of the Malta Football Association, Bjorn Vassallo, and that of the Aquatic Sports Association, Joe Caruana Curran and that it was during these meetings that Bogdanovic’s name had been put forward.

However, the two presidents also gave contrasting versions of events.

A hard copy is hard to believe

Hyzler writes that he was only given a scan of a hard copy of the Bogdanovic report, rather than an original electronic copy, which would contain data on when it was written and on which computer. This he describes as “suspicious”.

Debattista, the ministerial consultant, told Hyzler he had been given the report by unnamed Gozitans. The minister is a Gozitan MP. This furthered Hyzler’s suspicion.

Turning to Bogdanovic’s testimony, Hyzler says he repeatedly insisted he had drafted the report himself, and that he had not received any major assistance.

However, Hyzler said Bogdanovic was shaky on the contents of the report and claimed recommendations made by third parties were his own.

The report also appeared to lift chunks of a 2012 media report, making it appear to be his own work.

Furthermore, Bogdanovic was unable to explain lengthy references to international organisations, despite saying he had researched all of this himself – at times allegedly “staying up to work until 4am”.

Part of the terms of reference set in the sports school report called on Bogdanovic to make comparisons with other countries, including Cyprus. Bogdanovic claimed this was his idea.

However, when asked how many times Cyprus featured in the report, Bogdanovic could not reply and at first said it was referred to several times and later changed that to say he was not sure.

In fact, Cyprus does not feature in the report at all, Hyzler writes.

Bogdanovic was asked why he had given the ministry a scanned copy of his work rather than an electronic version of the document.

“I am old school and prefer to see everything in front of me,” came his reply.

Bogdanovic then claimed to have a USB pen drive with electronic copies and that if he found it, he would hand it over.

Hyzler writes that he was eventually handed a USB drive by Bogdanovic later. However, the device contained two documents, neither of which could be relied upon.

One was in a format which contained no electronic information that can be verified. The other document was in Word format, but its electronic data appeared to have been deleted.

Unable to rely on Bogdanovic’s testimony, Hyzler requested access to his government e-mails and was given limited access by the State IT agency, MITA.

From these e-mails, Hyzler found that the report Bogdanovic claimed to have authored had in fact almost entirely been written by ministry consultant Debattista.

“In fact, there is almost no proof of Bogdanovic’s involvement,” Hyzler says.

“In the best hypothesis, Bogdanovic made a very small contribution to this report.”

Worse still, Minister Caruana was copied into all the e-mails.

It is not clear whether she read the e-mails, but this was not done behind her back, Hyzler says.

Ultimately, Bogdanovic was paid €5,900 for this work. And Debattista later approved a further payment of €9,500. This latter payment was stopped.