An element of criticism, especially from the “losers”, was to be expected when government tenders were issued, Tourism Ministry Edward Zammit Lewis said yesterday.

Dr Zammit Lewis was reacting to recent reports that potential investors were up in arms over what has been called the injustice of an “intentionally misleading” request for proposals advertised for the development of the site housing the Institute for Tourism Studies.

While distancing himself from the project, saying this fell within the remit of Projects Malta, Dr Zammit Lewis said he had no doubt the Prime Minister was verifying what was done to ensure “full transparency”.

“I am not directly involved with the project or the process but I have no doubt that the Office of the Prime Minister is carrying out all the necessary verifications to ensure everything is in order,” he said.

There have been accusations that the government’s call for development proposals for the prime site at St George’s Bay was designed to favour the Seabank consortium, which was the sole bidder. 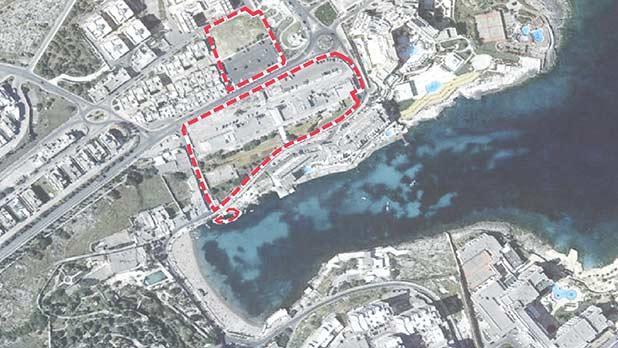 An aerial view of the site for the towers at St George’s Bay, by MYGG Architecture.

Industry players have made their views known to the Prime Minister, highlighting the discrepancy between the advertised request for proposals and the details they know to be contained in the tender document, which carried a price tag of €10,000.

“There is no doubt that whenever tenders are issued by the government, there is someone who will emerge victorious and someone a loser and, so, in everything you do, you will have some form of criticism. But the solution isn’t that we do nothing but that we try to do things to the best of our abilities and in the most transparent way,” Dr Zammit Lewis said.

On claims that the institute is moving to a campus on Smart City, the minister said he had not received such feedback. “Every change needs to be explained and that will involve holding meetings and information sessions with those who would be affected by the changes. Both the academic staff and management have every right to know what is being done.”

Opposition to the terms of the deal has already been voiced by architects, real estate agents, the Malta Developers’ Association, the Nationalist Party, independent MP Marlene Farrugia and the deputy chairman of Alternattiva Demokratika Carmel Cacopardo, among others.