A cruise ship on its way to Malta had to make last minutes changes after a passenger tested positive for COVID-19.

On Monday, the MSC Seaside, which was meant to stop here in transit, was not permitted to enter the Valletta Cruise Port. It had left Syracuse, Sicily, on June 1 for a seven-day tour around the Mediterranean.

The incident happened on the same day that Malta registered zero new cases for the first time in 11 months. 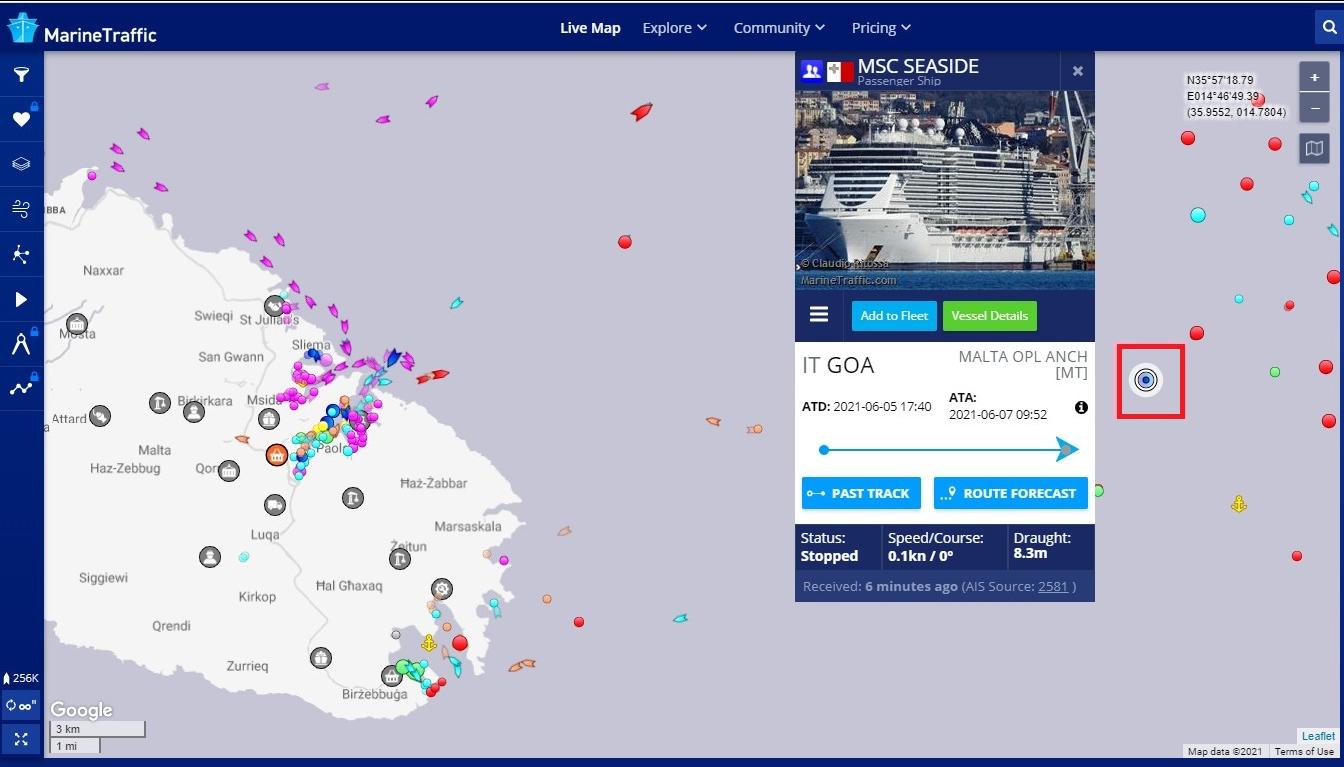 MSC Seaside was due to arrive in Malta on Monday Photo: Screengrab of Marine Traffic website

“A liner was on its way to Malta when a passenger reported sick. In line with the MSC protocol and as approved by the health authorities, the passenger was tested and found positive,” a health spokesperson told Times of Malta.

She said that the vessel performed a technical call and continued with its itinerary without stopping in Malta.

No further details were provided.

According to the MSC Cruise's website, all guests need to take a molecular or antigen test prior to the ship’s departure. Proof of vaccination is required from fully vaccinated guests.