ŻfinMalta’s upcoming ŻfinDays – Double Bill presents the national dance company’s annual programme of short works by choreographers currently in the spotlight on the international dance stage. This year will feature works by Georgia Tegou and Francesca Pennini under the artistic direction of Paolo Mangiola.

Tegou’s choreography Ochre is a new work traversing history and memory, ancient wisdom and mysticism. It features prominently the Venus of Malta and the catacombs in which she was found.

Speaking to Times of Malta about her fascination with the Neolithic figure, Tegou said she became familiar with the statuette of the Sleeping Lady during initial creative conversations with Mangiola.

“The Sleeping Lady, known in Maltese also as il-Mara l-Ħoxna, is one of the statuettes of the goddess of fertility found sleeping in a calm position in the pits of the Ħal Saflieni Hypogeum – a womb-like underground temple used as a tomb or shrine for rituals.

“As I researched the details of her discovery, I became fascinated about her story and the symbolisms she carried. I began to imagine her as a magical creature who came to life,” she recounted.

During her research, the choreographer found that there were several different theories surrounding the figure’s sleeping position, some claiming that this either represented death or the spiritual act of dream incubation. Connecting this to her Greek roots, she noted that the act of sleeping in a sacred area with the hope of experiencing a divinely inspired vision or cure was similarly practised at the temple of Asclepius in ancient Epidaurus, in Greece.

“Ochre, which finally became the title of the piece, is a natural clay earth pigment with which the walls of the Hypogeum were decorated as well as the Sleeping Lady herself. It was a common practice to sprinkle ochre over the corpse upon burial, representing the belief in an afterlife.

“In our story, the artefact comes to life as I initially imagined it. We follow the Sleeping Lady’s journey from the moment she was unearthed, taken away from her underground home, put through conservation and finally displayed in a dark gallery on her own,” she concluded.

Similarly temporal, Pennini’s How to destroy your dance sets out to explore the limits of the body and create a handbook for the boycott of every choreographic decorum through impossible acceleration and extreme slow motion.

Asked whether time constitutes the central theme of her piece, Pennini replied, “absolutely”.

“I’m interested in time as a fundamental topic of every performative action and I think that it can be a precious awareness to apply to everyday life, and not only for dancers!

“Time is the central theme and this may sound quite generalist, but this theme is approached in a very peculiar way. In this case, we explored the extremities of time and the effects that it has on the body, on states of presence and on movement – from extreme accelerations to impossible stillness,” maintained the choreographer.

Saying that the aesthetic and dramaturgic context of the piece is a sort of sport match, Pennini said the ŻfinMalta troupe will follow the instructions of a voice giving them direction while not knowing exactly what will happen every evening.

The dancers entered the creation process with enthusiasm and generosity

“All these live experiments are meant to keep the experience real, as something that cannot repeat itself but is actually played and shared with the audience.

“The temperature of the piece is very ironic and funny, but under that layer you can perceive a darker presence. The rush of being fast that makes us stumble in daily life, the speed of the rhythm of production in capitalist society and, moreover, under all this, the ‘end’ – where Mozart’s Requiem recalls the fact that our time finishes. It’s our choice how to live it and make it worth.”

Each choreographer’s collaboration with various designers was pivotal for the production of their pieces.

Tegou said that Ochre was developed also through the direct input of her team – exchanging information and ideas while working individually and meeting again to exchange their findings.

“The first curatorial conversations started with Andrew Borg Wirth. We spent a lot of time together discussing and researching materials, and from the very beginning of our conversations, we were flirting with the idea of a modular set and costume design that would determine the dramaturgy of the piece.

“The composer, Liran Donin, also joined the conversations quite early in the creative process with me and Andrew, and we grew excited about the commonalities we were discovering in each of our Mediterranean country’s historical pasts.

“Moritz Zavan Stoeckle, our lighting designer, was also involved in the artistic process from the early stages embracing the subtleness of the symbolisms we wanted to portray, presenting colours and the lighting aesthetic we were looking for.” Likewise, Pennini’s collaboration with Holly Knowles for costume design and Stoeckle for lighting, with music by Wolfgang Amadeus Mozart Reloaded, proved very fruitful. 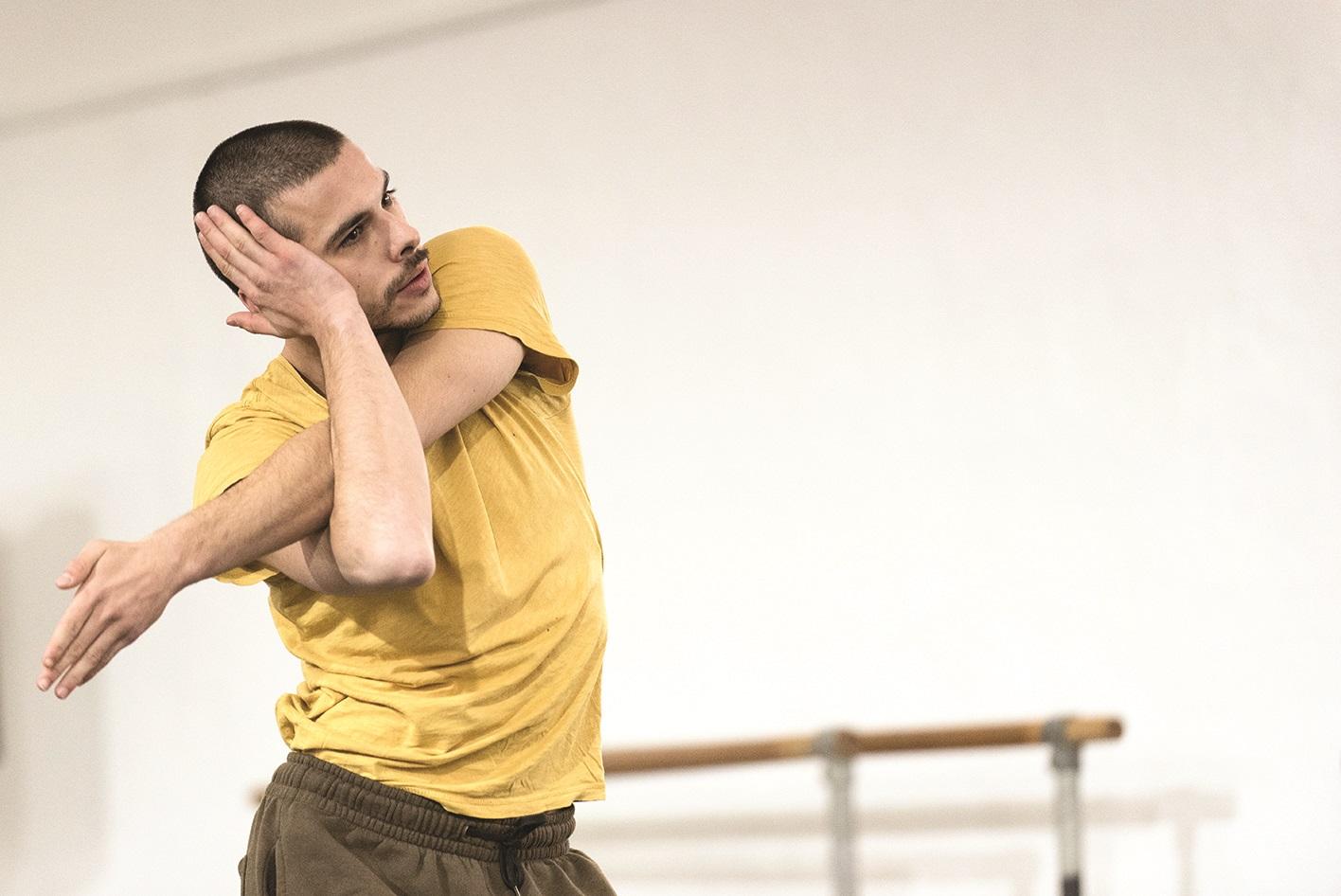 A dancer from the national troupe rehearsing Francesca Pennini’s ‘How to Destroy Your Dance’.

“It’s great to have the opportunity to share the process with Holly and Moritz. They entered the spirit of the creation contributing with outstanding creativity, together with the fundamental presence of Anna Nowak as rehearsal director.

“It’s overwhelming to be in such a nice team together with my colleagues from CollettivO CineticO – the dramaturg Angelo Pedroni and dancer and manager Carmine Parise,” she said.

Both choreographers maintained that their experience working with the national dance company very rewarding, with Tegou saying she worked intensively with the dancers during production to develop a “movement language that continued to shape and mould as we delved deeper into the material”.

Pennini likewise said that working with ŻfinMalta exceeded all her expectations, saying that the dances “entered the creation process with enthusiasm and generosity, taking the risk of moving in unsettling new lands”.

ŻfinDays – Double Bill will be held on February 18, 19 and 20 at 8pm at the Valletta Campus Theatre. The event is supported by the Istituto Italiano di Cultura La Valletta/The VBL Group/Osteopathy Malta.