Dante Alighieri is chiefly remembered as the author of the Divine Comedy and as the father of the Italian language.

On the 700th anniversary of his death in the night between September 13 to 14th, 1321, here are five things to know about a titan of world literature.

Dante is credited with helping create the Italian language by using the Tuscan vernacular of his time – rather than Latin – to write his masterpiece.

The Divine Comedy, originally called simply Comedy, is an imaginary journey through hell, purgatory and heaven, published in several stages in the early 14th century.

Its popularity led other medieval Italian authors, such as Petrarch and Boccaccio, to also write in the vernacular, laying the literary foundations of Italian. 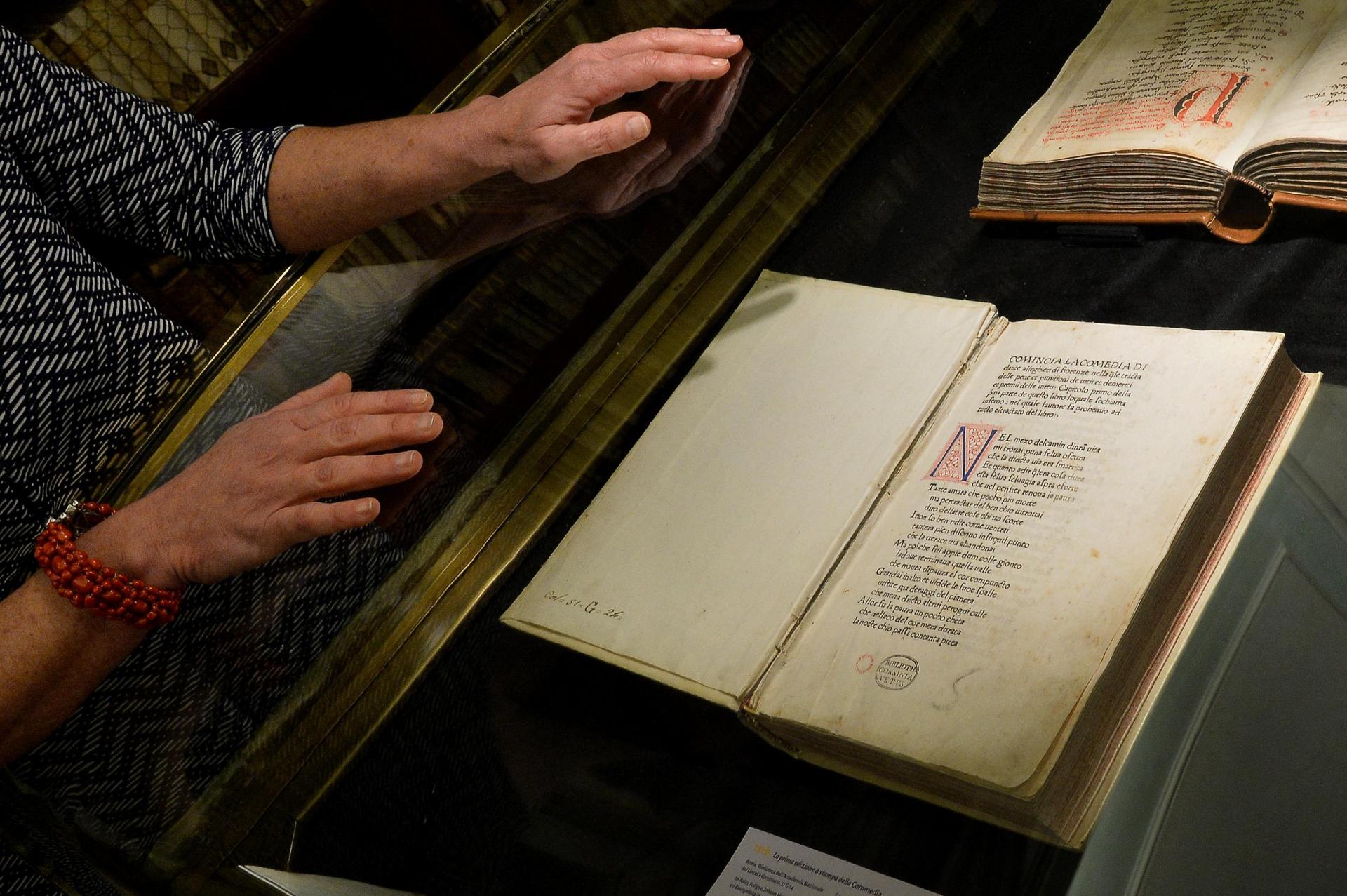 A woman stands by the first printed edition of the ‘Divine Comedy’. Photo: Alberto Pizzoli/AFP

It is no coincidence that the institute for spreading Italian language and culture abroad is called the "Dante Alighieri Society”.

As part of 700th anniversary events this year, Italy is also preparing to open a Museum of the Italian Language in Florence, housed within the Santa Maria Novella church complex.

On par with Shakespeare

The Divine Comedy is a poem, a personal tale of redemption, a treaty on human virtue, as well as one of the most influential pieces of science fiction.

Its first section, the Inferno (Hell) – with its circles of hell where punishments are inflicted on those having committed the seven deadly sins – still shapes the way we imagine the afterlife, at least in Christian terms. 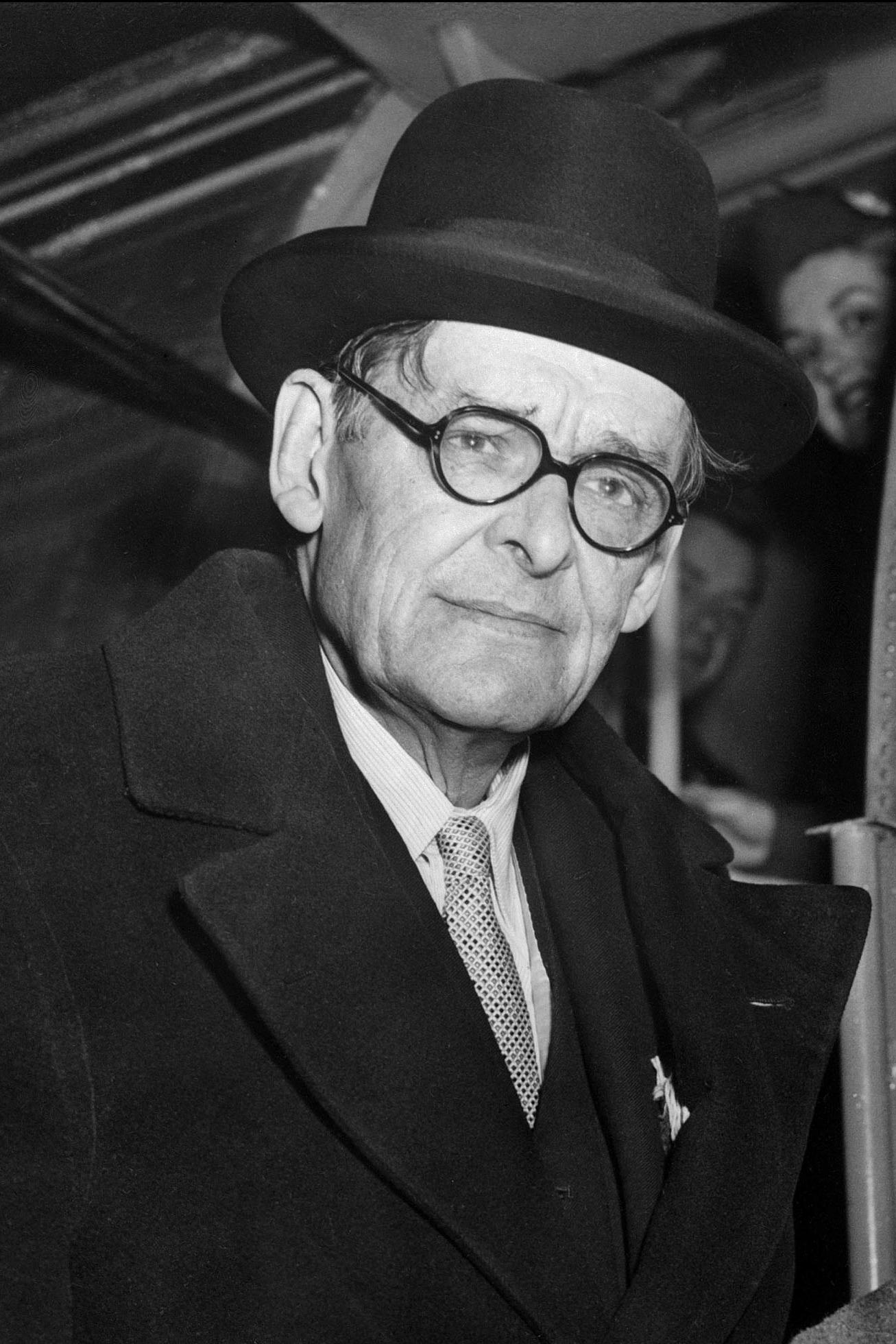 British poet T.S. Eliot famously said: "Dante and Shakespeare divide the modern world between them; there is no third."

Argentine writer and bibliophile Jorge Luis Borges considered the Divine Comedy as "the best book literature has ever achieved".

Generations of writers, painters, sculptors, musicians, filmmakers and cartoonists have been inspired by the Divine Comedy, particularly the Inferno. 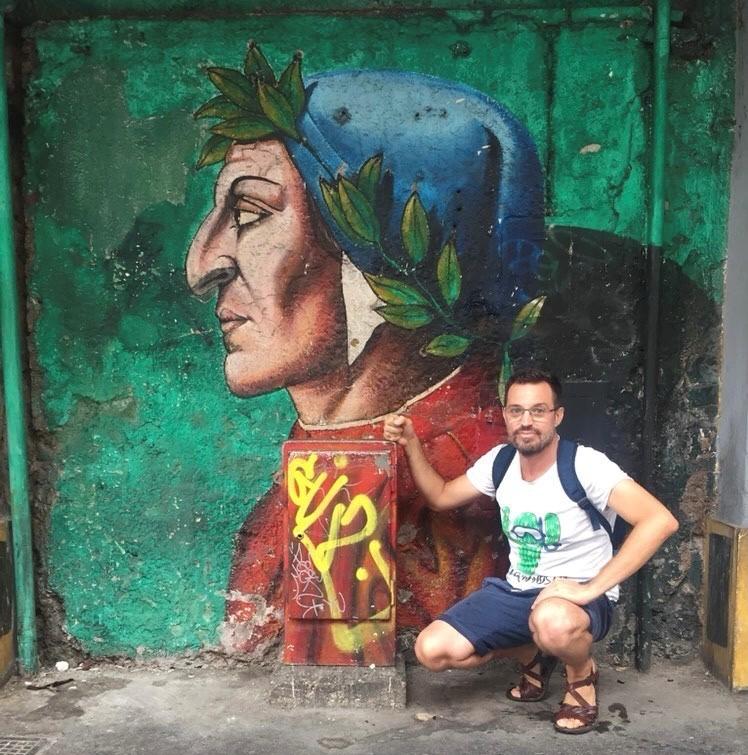 Dante in street art near the Roma Termini in Via Giolitti. The mural, by artist Mauro Sgarbi, is one of five on the dialogue between different cultures.

These include everyone from Sandro Botticelli, William Blake, Salvador Dali and Pyotr Ilyich Tchaikovsky, to the creators of X-Men comic books and novelist Dan Brown. 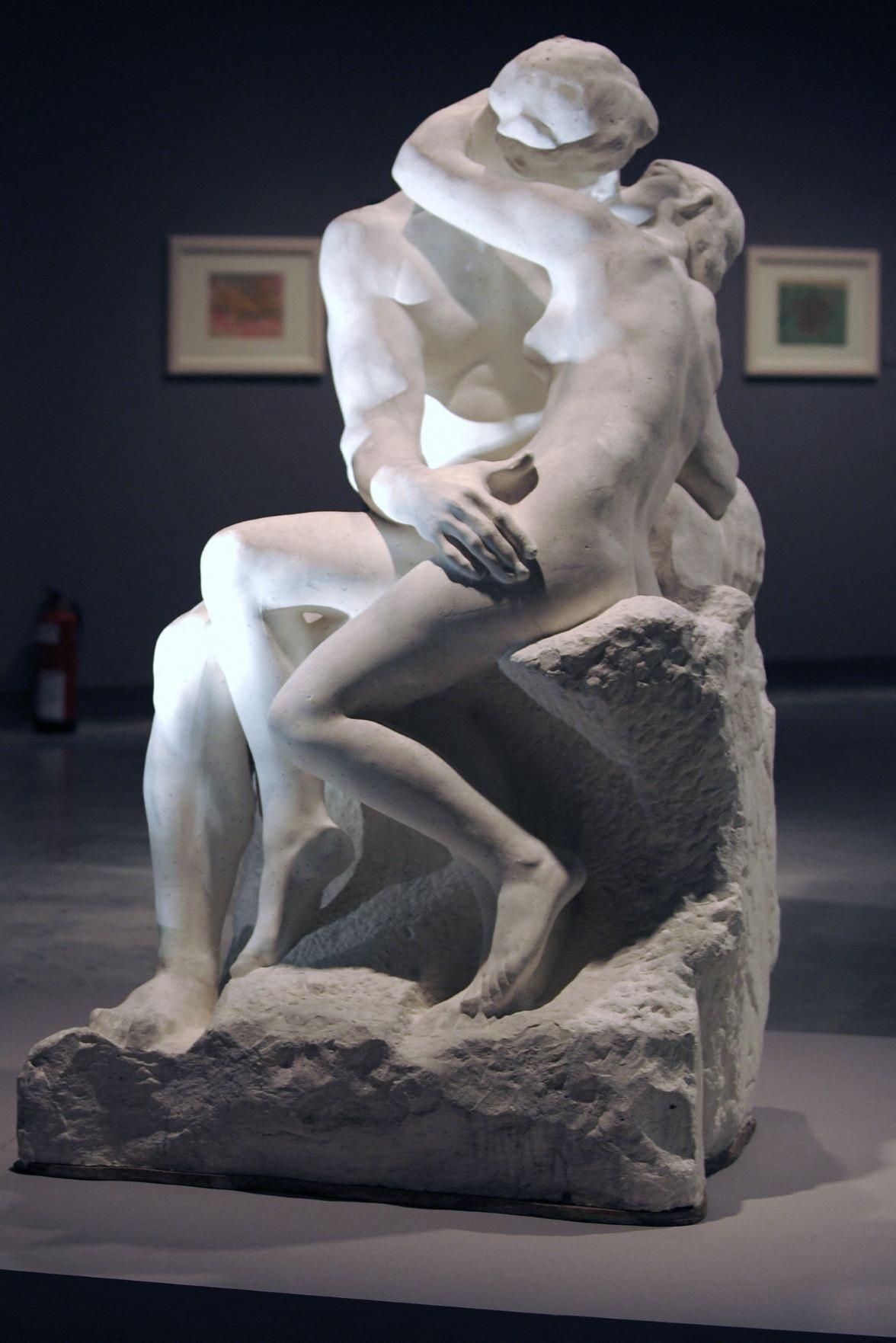 The Divine Comedy was also a key inspiration for Oscar-nominated thriller"Se7en, for a popular video game (Dante's Inferno), while Dante is quoted in popular TV series such as Mad Men.

Bret Easton Ellis' black comedy American Psycho opens with the epigraph "Abandon hope all ye who enter here" – one of the most-used quotes from the Inferno.

Durante, but call me Dante

Like many other greats from Italy's cultural past – Giotto, Leonardo, Michelangelo –  Dante is usually known only by his first name, which is a diminutive of "Durante”. 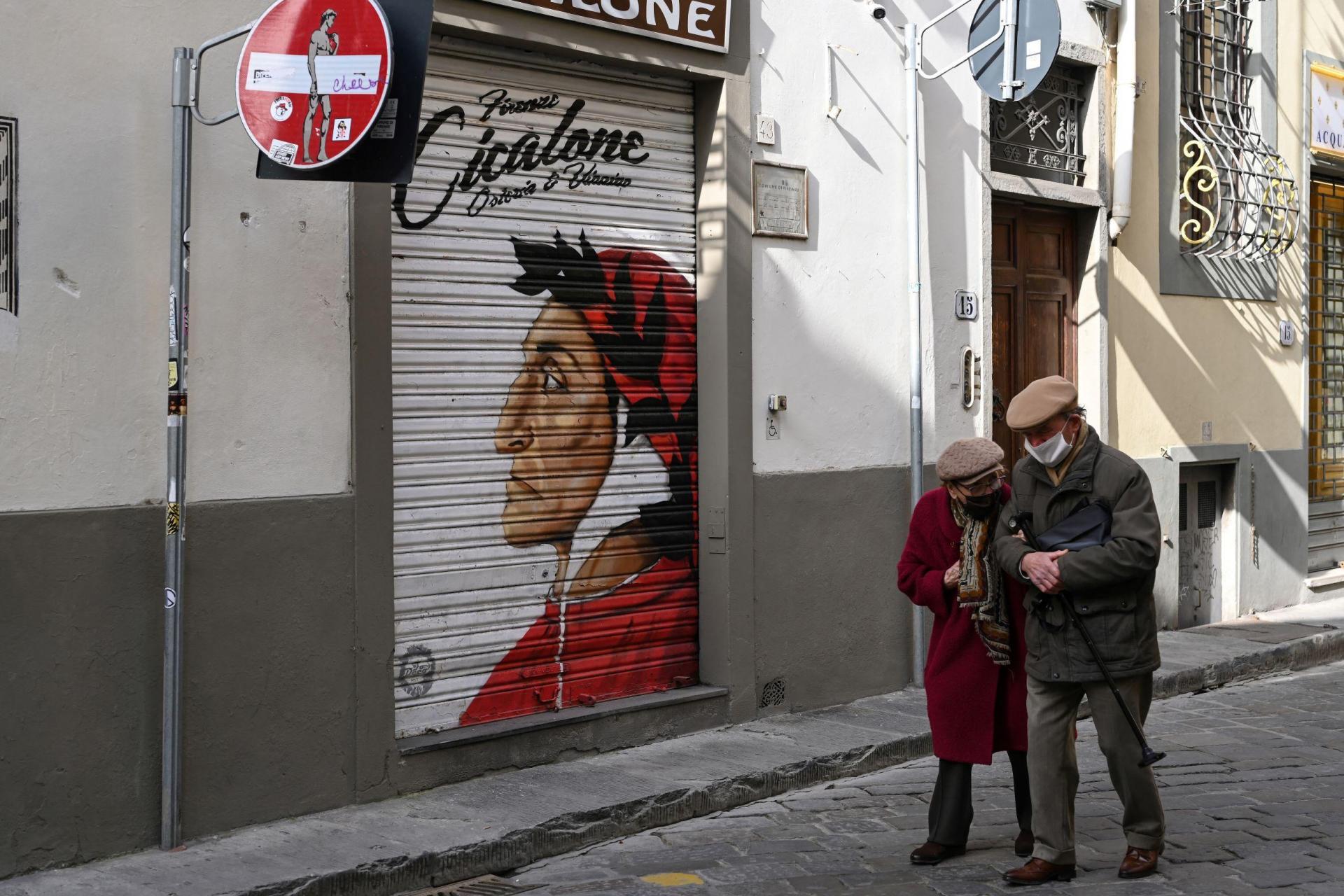 A pic snapped earlier this year in Florence which celebrates in 2021 the 700th anniversary of the death of Dante Alighieri. Photo: Photo: Vincenzo Pinto/AFP

Hailing from a wealthy family, albeit not aristocratic, Dante never worked for a living and dabbled in politics as well as literature, philosophy and cosmology.

He had at least three children with his wife Gemma Donati, but his lifelong muse was another woman, Beatrice, who appears in the Divine Comedy as his guide in heaven.

Dante was active in politics, serving as one of Florence's nine elected rulers, or priors, for a regular two-month term in 1300.

At the time, Italian cities were constantly on the verge of civil war between Guelfs, the papal faction, and Ghibellines, who sided with Holy Roman emperors.

Dante started out as a Guelf, but after being exiled with the indirect help of Pope Boniface VIII, he became increasingly critical of papal encroachment in political affairs. 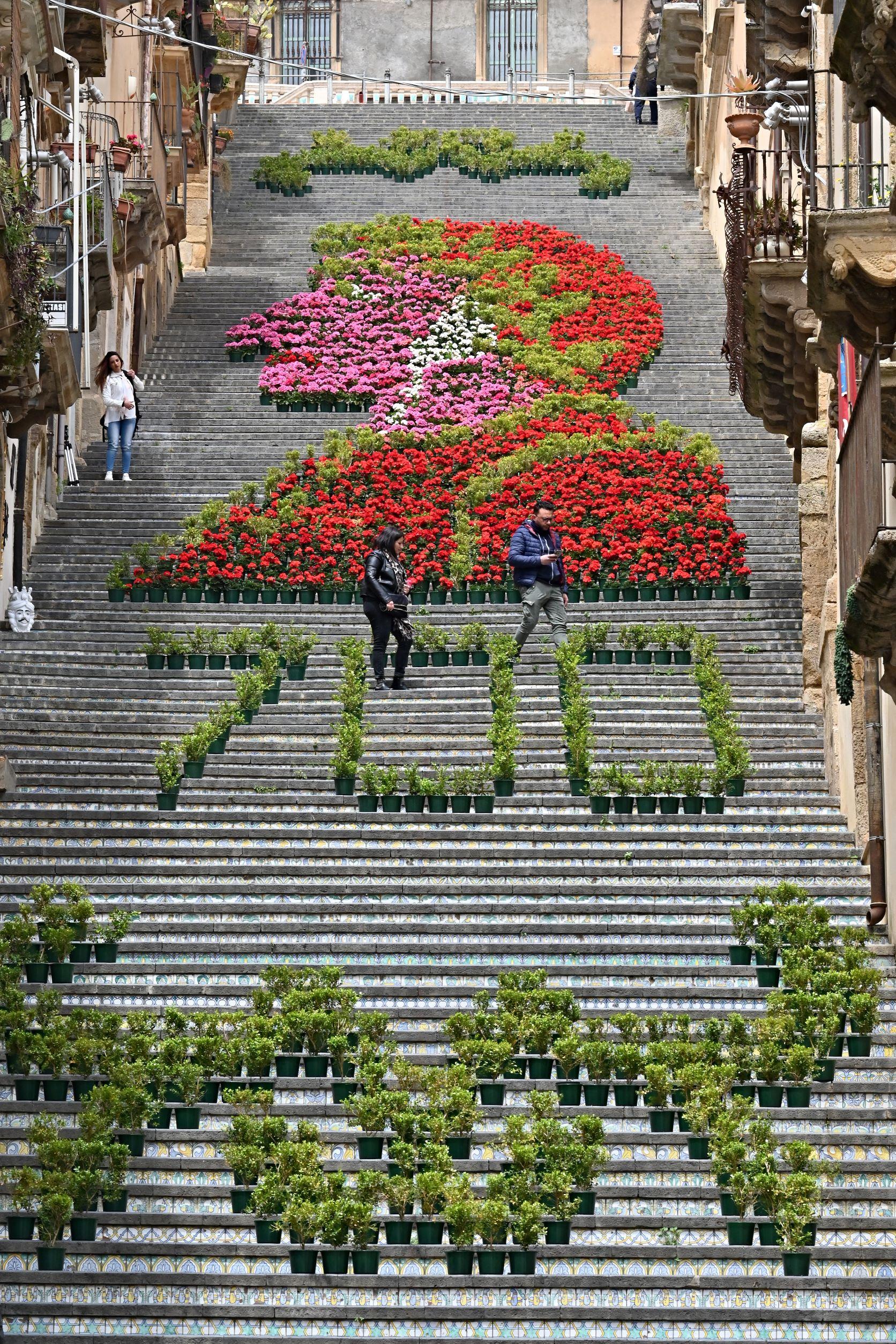 He was put on trial and banished from Florence after a new regime took over the city and persecuted its old ruling class and remained an exile until his death.

In 1302, a judge ordered Dante and his allies to be burnt at the stake if they tried to come back. The sentence was later changed to death by beheading.

In the Divine Comedy, the poet takes the opportunity to settle scores with many of his foes, notably reserving a place in hell for Boniface VIII.