A former member of Prime Minister Joseph Muscat’s security detail tried to pass on a message to the men accused of murdering Daphne Caruana Galizia, according to the middleman in the assassination plot.

Testifying in court on Tuesday, Melvin Theuma, said that a man named 'Kenneth'  came to his house to tell the three murder suspects they would be be getting bail  “on the 22nd, plus one million each”.

He said he worked at the Office of the Prime Minister.

Sources involved in the investigation into the assassination told Times of Malta that they had reason to believe the Kenneth in question was a former police officer turned security detail for Prime Minister Joseph Muscat.

We now have confirmation that two government officials reporting directly to @JosephMuscat_JM played a crucial role in covering up my mother's assassination. No wonder Muscat fought so hard to stop the public inquiry into the state's role in the murder. https://t.co/FUMhsi2TtC

Kenneth Camilleri had been cast in the national spotlight after it transpired that he had accompanied controversial OPM official Neville Gafa on a trip in which a number of meetings were held with Libyan government.

Attempts to contact Mr Camilleri on Wednesday were unsuccessful. 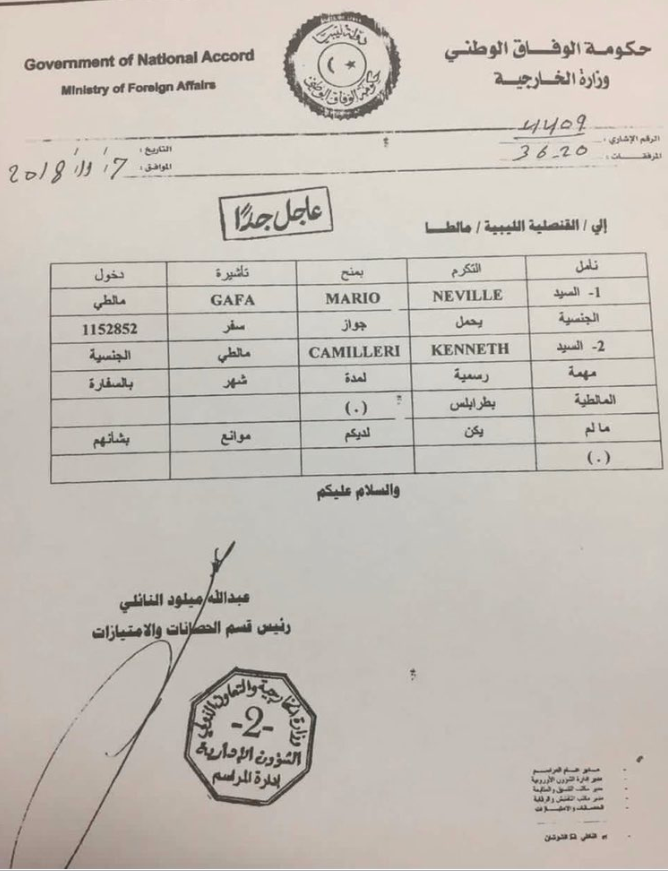 A travel visa for Mr Gafa and Mr Camilleri for their ill-fated trip to Tripoli.

According to Mr Theuma's testimony, he had received a phone call from a third party, who wanted to come over to his place to have a word, after he an alleged alleged murder conspirator Yorgen Fenech had a disagreement.

“Kenneth” allegedly came to his house and then made a phone call to a man he suspected was the then-OPM chief of staff Keith Schembri.

Mr Theuma says it was because of this suspicious call, and the fact that this Kenneth claimed to work at the OPM, that he had decided to include Mr Schembri’s name along with Mr Fenech’s, in a letter detailing the crime.

After the call, “Kenneth” directed Mr Theuma to inform the three murder suspects Alfred and George Degiorgio and Vincent Muscat that they would be getting bail and €1million each.

The meeting with “Kenneth” had come after Mr Fenech had allegedly called Mr Theuma to inform him that Vincent Muscat was giving information to investigators.

Mr Theuma says Mr Fenech had wanted him to warn the Degiorgios about this through their brother, Mario.

Times of Malta is informed that Mr Camilleri was transferred from Dr Muscat's personal security detail to Transport Malta a few months ago.

In a statement on Wednesday afternoon, Transport Malta announced that it had suspended one of its employees, following a witness deposition given in court during the proceedings in relation to the murder of Mrs Caruana Galizia. 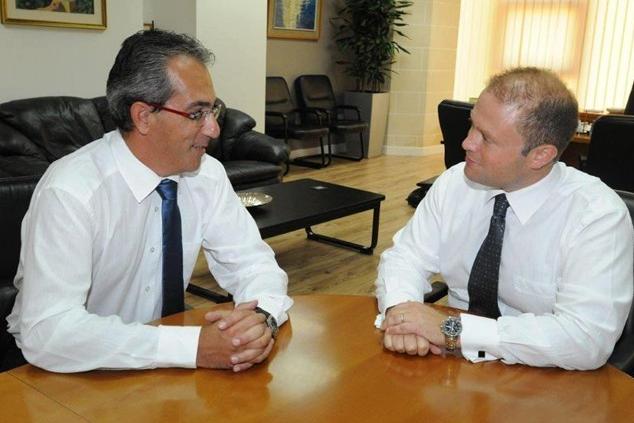 This “Kenneth” was not the only OPM player also featured in Mr Theuma’s first round of testimony.

Mr Theuma said that at one point, Mr Fenech had told him to expect a call from Sandro Craus, the head of customer care at the Auberge de Castille.

Mr Craus, who is also the Mayor of Rabat, called telling the murder middleman that he had an appointment with Keith Schembri.

Mr Theuma went to Castille and was met by Mr Schembri who he says took him around, offered him a coffee and then handed him over to Mr Craus.

Mr Craus then offered him a ministry job, which he told the court he was paid for despite never showing up for work.