A presidential pardon is on the table for a key suspect who claims to know who masterminded Daphne Caruana Galizia's assassination plot.

The suspected “middleman” was arrested by police on Thursday during a raid that targeted an alleged money laundering ring that the man forms part of.

Experts from Europol were on hand to seize devices in the middleman’s possession after receiving the go-ahead from the magistrate leading the murder inquiry.

Over the past days, the police have been debriefing the man and seeking to corroborate what he claims to know about the plot. Police believe there are at least one or two other suspects involved in the murder but who have not yet been rounded up.

The conditions of the pardon have been the subject of intense discussions between the police, attorney general and Prime Minister Joseph Muscat and until Monday night the terms and conditions were still being ironed out, according to sources.

On Tuesday morning Prime Minister Joseph Muscat confirmed Times of Malta’s report, telling journalists that he had signed a letter ensuring that he would recommend a presidential pardon once the middleman’s evidence and testimony was given and corroborated in court.

The pardon would be for his involvement in the murder plot, as well as for past crimes on condition that he cooperate with the authorities, Dr Muscat said.

Apart from the middleman’s witness account, investigators are hoping Europol’s analysis of his devices will offer up further evidence about those involved in the assassination.

The middleman is believed to have linked the person suspected of commissioning the murder of Ms Caruana Galizia to the men who carried out the murder, as well as those who helped procure the explosive device. 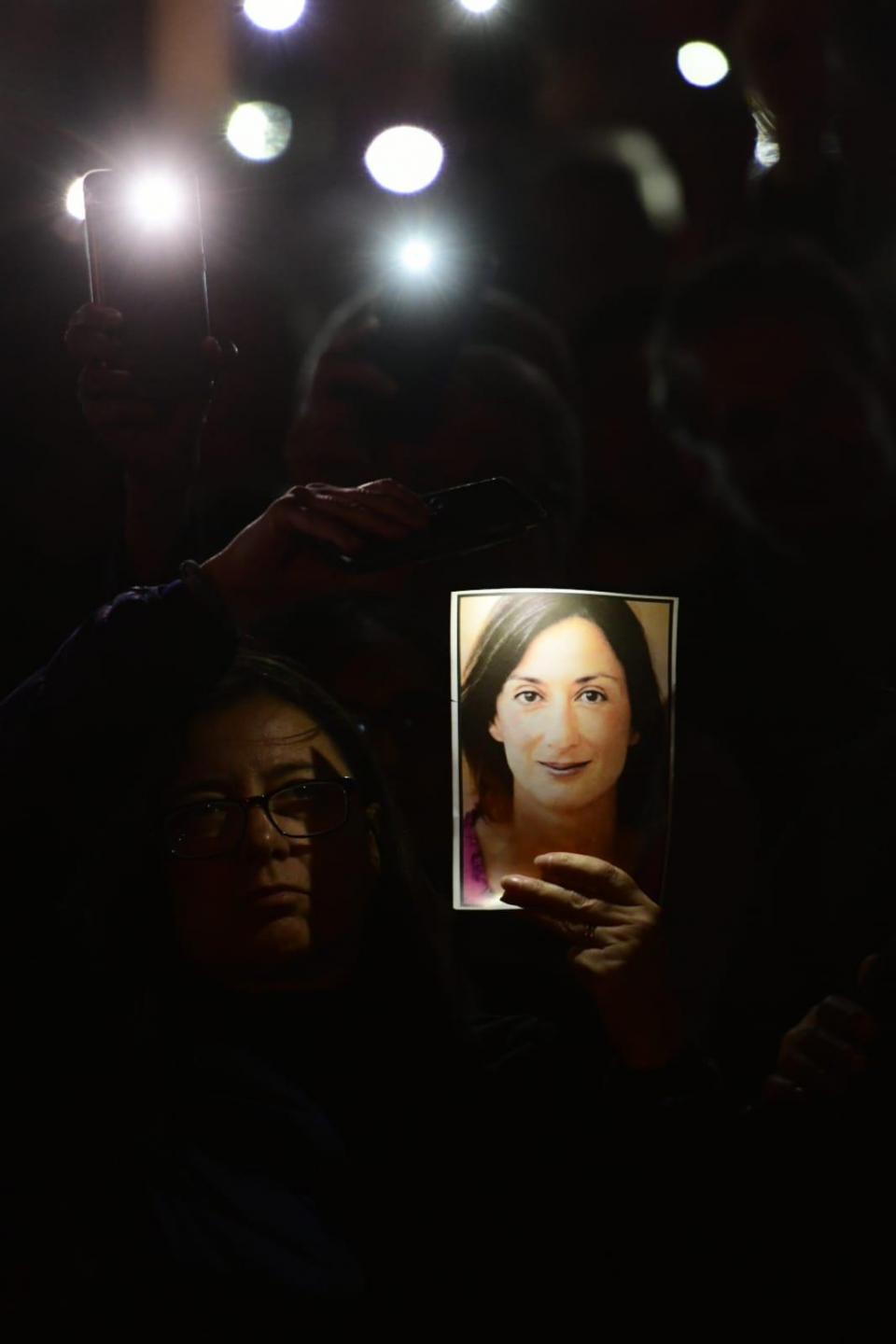 Three men – brothers Alfred and George Degiorgio and Vince Muscat – have been charged with triggering the car bomb which killed the 53-year-old journalist in October 2017 outside her Bidnija home.

The middleman drew up a will shortly after the three men were charged with the murder in December 2017.

Police are also following a money trail between the middleman and the Degiorgio brothers.

The two brothers have so far put up an extensive legal defence that sources have described as going well beyond their means.

Sources involved in the investigation said that other new information about the murder plot had also recently come to light and was being probed.

The Prime Minister has been kept abreast of developments and gave the go-ahead in recent days for negotiations over the pardon conditions to begin. 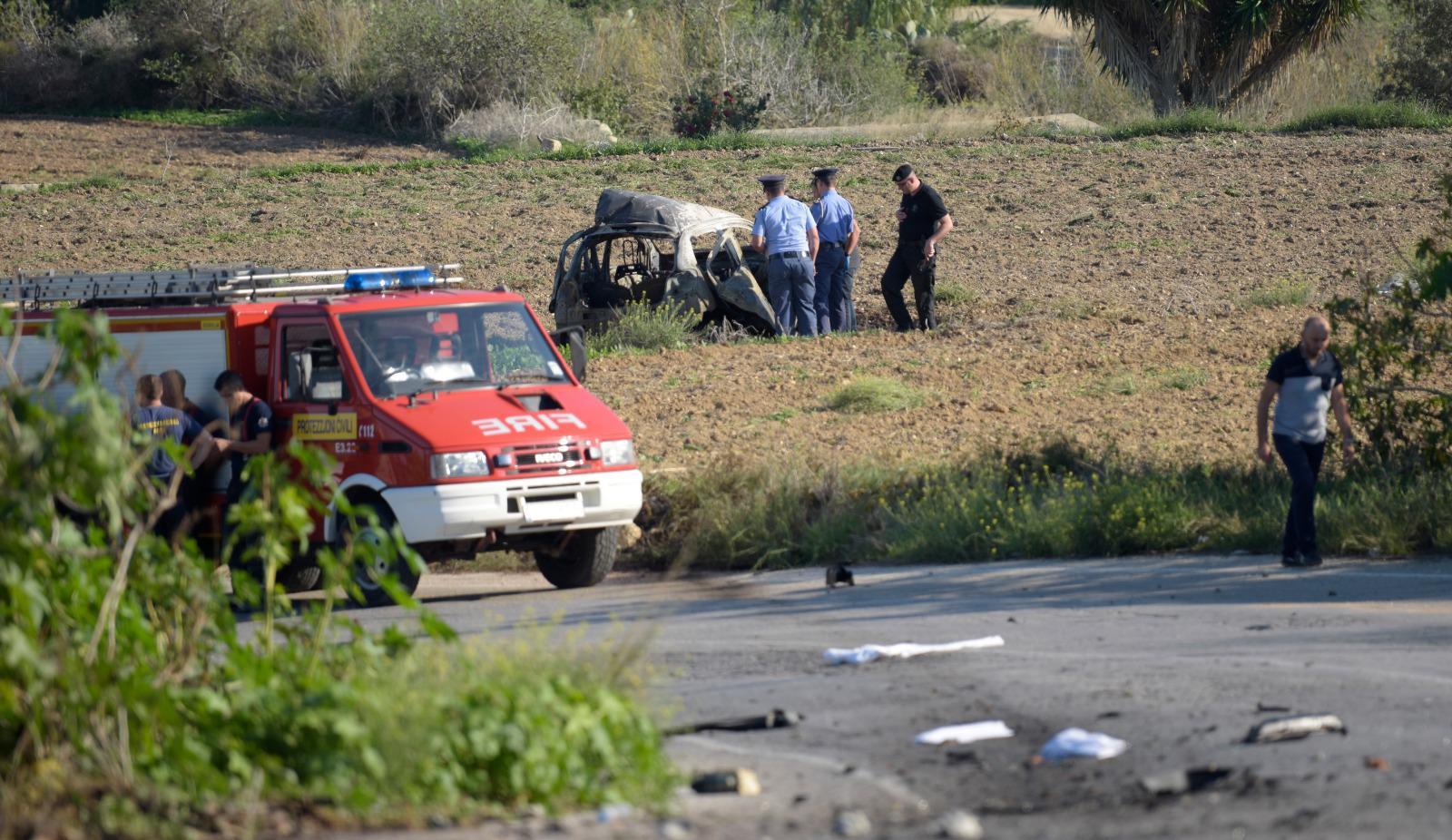 Middleman requests pardon for past crimes

One source familiar with the negotiations told Times of Malta there has been some reluctance from the Prime Minister’s office about giving the middleman a blanket pardon for both the potential murder and money-laundering charges.

Sources said the case and the pardon are expected to be discussed in a Cabinet meeting on Tuesday morning.

The middleman requested a full pardon for past crimes and told investigators he feared for his safety if he were to be sentenced to prison.

Dr Muscat said during a speech on Sunday that he wanted all the facts to emerge surrounding Ms Caruana Galizia’s murder.

By that point, the Prime Minister had already been briefed about the direction the evidence was taking given the recent breakthrough in the case.

“As a party, we need to establish ourselves as the movement that safeguards institutions. We need to be there to show, and facts will continue to show, that institutions in our country are working,” Dr Muscat said.

He also warned that no one would be able to act with impunity.

Word about the potential pardon spread through the court corridors on Monday as details about the middleman's arrest started emerging.

The Prime Minister said last month he is sceptical about the effectiveness of presidential pardons in general, when asked about a potential immunity deal with another of the murder suspects.

Last month, The Sunday Times of Malta reported that police are closing in on a businessman who is believed to be behind the murder of the journalist.

The businessman’s dealings were being investigated by Ms Caruana Galizia before she was murdered.