The Great Siege Monument in Valletta was again turned into a shrine to murdered journalist Daphne Caruana Galizia late on Thursday, just hours after dignitaries laid wreaths at the memorial to mark Victory Day.

Members of pressure group Occupy Justice posted a photo on social media of the monument lined with lit candles and with a portrait photo of Ms Caruana Galizia as its centrepiece late on Thursday, captioned “now”.

Authorities had cleared the makeshift memorial site less than 24 hours earlier, ahead of the traditional wreath-laying ceremony that takes place at the site every year to mark the end of the three historical sieges made on Malta – the 1565 battle against the Ottomans, the 1800 French Blockade and the bombing of Malta during World War II.

READ: Place memorial 'out of sight and mind' - Bedingfield

Activists and authorities have repeatedly battled over use of Republic Street monument in the months since Ms Caruana Galizia was assassinated in October 2017, with one side clearing the site, only for the other to reinstate it.

As I walked into Valletta an old lady alerted me that the portrait of #DaphneCaruanaGalizia had just been thrown into a public bin. I retrieved it and put it back in place. This is the sorry state of our democracy under ⁦@JosephMuscat_JM⁩ https://t.co/s4xMoId6vh

That cycle looks set to continue this week, with the President of Malta due to lay a wreath at the Great Siege Memorial on Saturday morning at 10am.

In a tweet uploaded on Friday morning, Nationalist Party MP and former leader Simon Busuttil said that he had picked up a portrait of Ms Caruana Galizia that had been binned and returned it to the makeshift memorial.

"This is the sorry state of our democracy under Joseph Muscat," Dr Busuttil tweeted.

Dr Busuttil told Times of Malta that he noticed the portrait had been binned as he walked to his office at around 9.15am on Friday morning.

"According to the lady who stopped to alert me, it had been thrown into the bin moments earlier by two men," he said, adding that he had been heckled as he put the portrait back on the memorial. 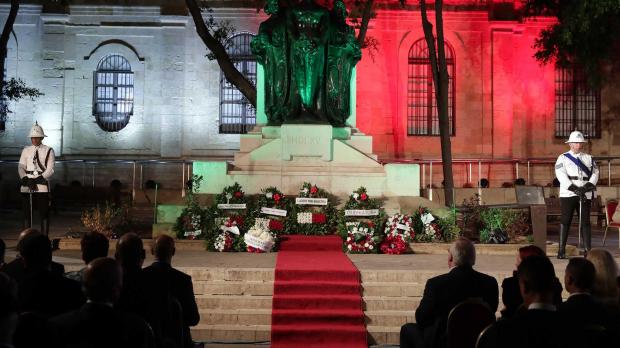 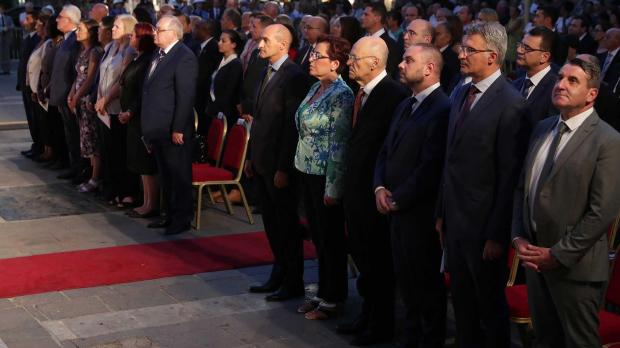