David Bowie has won two gongs at the Brit Awards, just over a year since his death.

The music superstar was named best British Male Solo Artist, receiving the accolade for the third time, while his final album Blackstar, which was released just two days before his death, won Album of the Year.

Bowie, who died of cancer in January last year aged 69, is the first posthumous winner of those two awards in the Brits' history.

Picking up the album award, Bowie's son Duncan Jones said: "I lost my dad last year but I also became a dad, and I was spending a lot of time after getting over the shock of trying to work out what would I want my son to know about his granddad?

"And I think it would be the same thing my dad's fans have taken over the last 50 years, that, he's always been there supporting people who think they're a little bit weird or a little bit strange, a little bit different.

"He's always been there for them. So, this is for all the kooks and the people who make the kooks. Thanks Brits." 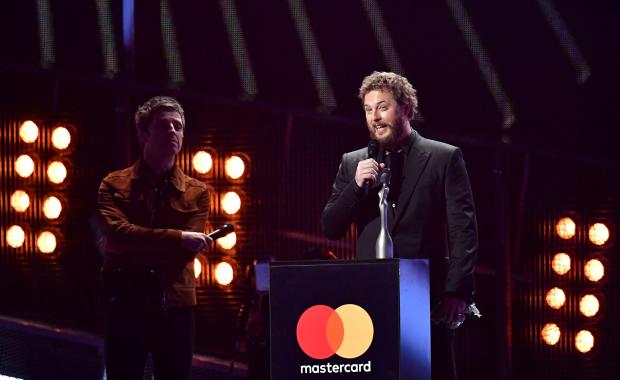 Duncan Jones accepts an award on behalf of his dad David Bowie.

"But since he can't be here tonight I'm here on his behalf, on behalf of his family, to accept this testament to a man beholden to nothing but his own boundless imagination and daring, whose ever-expanding artistic vitality simultaneously soothes us and astonishes us... maybe he is here tonight, I don't know."

He added: "I'm honoured to stand before you and acknowledge the potency of his work and if I may also acknowledge that David's kindness and generosity and enthusiasm will forever inspire me to be a better man.

"On his behalf, thank you."

Bowie received the Outstanding Contribution to British Music award in 1996.

After the show concluded, Jones took to Twitter to mention something he had missed from his speech.

He wrote: "I did forget one little bit of the speech though ...