The db Group has filed an application to start demolition and excavation works at the site of the former Institute for Tourism Studies in St George’s Bay, even though the full permit for its City Centre project is yet to be granted.

The application (PA5533/19) seeks to start excavation of the land and demolition of modern structures. It also proposes the retention of Grade 2 scheduled buildings, a Cold War substation and other underground structures.

Sources close to the industry explained that developers of large projects usually resort to filing a separate application to start excavation and demolition works to gain time until plans for the project itself are approved by the Planning Authority.

The group wants to start excavating both the actual site and the car park opposite.

The €300 million project, which would include a 37-storey tower, a 17-storey hotel and a shopping complex, had its planning permit nullified by a court last month.

That decision revoked planning approval granted in September against an unprecedented 4,500 objections submitted by the public, local councils and NGOs. 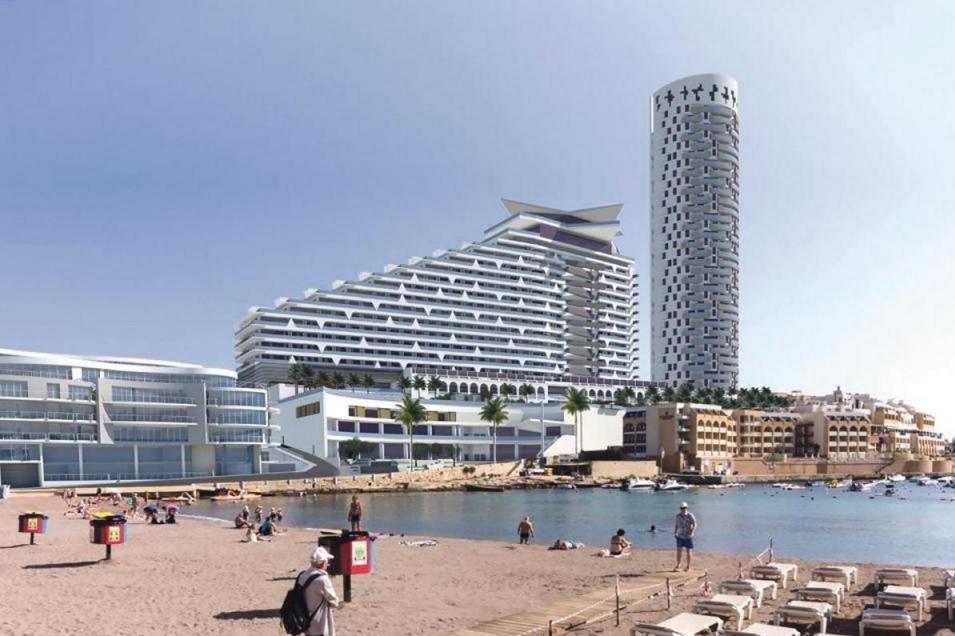 A computer-generated render of the City Centre project in Pembroke

In its decision, the court ruled that one of the Planning Board’s sitting members, Matthew Pace, stood to gain from the project being approved as he owned a real estate agency selling properties in the project.

Mr Pace is a franchise owner of Remax Alliance Swieqi, which shared a database and website with Remax Malta.

Db group reactivated its application last week, “with some alterations and rescaling which have been in gestation since the original permit was issued last September”.

The company emphasised the basis on which the court had decided to revoke the City Centre project’s permit. “The revocation was based exclusively on one, single point – that the court deemed a member of the adjudicating board had a conflict of interest. Clearly, this had absolutely nothing to do with the db Group and even less so with the project itself,” it said.

The court, it insisted, steered clear of the merits of the permit itself.