The Council of Europe Commissioner for Human Rights is calling on Malta to decriminalise abortion, reiterating a call by her predecessor who in 2018 called for new legislation to provide abortion care to women who request it.

In a report published on Tuesday following a trip to Malta last October, Commissioner Dunja Mijatović “strongly urges the authorities to repeal provisions criminalising abortion, to develop comprehensive regulation of women’s access to legal and safe abortion and to improve the availability of sexual and reproductive health services”.

She notes, among others, that although the website pharmacy.com.mt provide a list of pharmacies stocking emergency contraception, women are often left without access to the necessary medication.

Reports also show that numerous pharmacies refuse to dispense such contraceptives on grounds of conscience. Although pharmacists are required to refer patients to other professionals, there are no measures in place to enforce this obligation, the commissioner adds.

In 2018, former commissioner Nils Muižnieks had said Malta should ensure its ban on abortion does not deprive women of “a range of fundamental human rights”. During a similar trip, he had told Times of Malta he was “taken aback” by the lack of public debate about abortion.

Since then, women’s rights NGOs and groups of medical professionals have kicked off a public debate about the taboo topic and organised the first rally for women’s sexual and reproductive rights in 2019.

In May 2021, independent MP Marlene Farrugia took the House of Representatives by surprise when she tabled draft legislation to decriminalise abortion, a first for Malta. However, the bill was not discussed in parliament.

In her report, the commissioner expresses disappointment at learning that despite this bill, the authorities did not have a timeline for decriminalising abortion.

“The authorities did not consider it likely that such a bill could be adopted in the near future, although they admitted that the prohibition of abortion did not stop women, including girls, from seeking abortions.

“The commissioner was disturbed, furthermore, by the authorities’ apparent lack of concern about the serious risks incurred by women who seek or undergo abortions in unauthorised circumstances, which are aggravated by the lack of access to post-abortion care in Malta, both in the public and private health sectors.”

In its reaction to the commissioner's observations, the government said it was working to improve reproductive healthcare services. However, Malta did not agree "with the interpretation that the right to sexual and reproductive health services includes an intrinsic right to abortion".

It was up to member states to decide whether abortion should form part of the national range of sexual and reproductive health services, the government added.

Mijatović has also lambasted what she described as the harassment and discrediting of journalists in Malta.

“Rather than being recognised as a pillar of democracy, journalism is still discredited, and journalists continue to face harassment and obstacles in their work.

"Investigative journalists, in particular, are dismissed as ‘hate figures’ and are regularly targeted by retaliatory hate speech, threats and lawsuits. Moreover, their allegations are not taken seriously and often go uninvestigated by the authorities,” she reports.

She said she regretted the “numerous reports of ongoing threats and harassment” against editors and journalists, many of whom continued to actively advocate for justice for Daphne Caruana Galizia.

“Hate speech towards journalists is also very common, especially in the online comments sections of the media. Some journalists expressed concerns that online threats act as a catalyst for actual violence.

"The commissioner observes that public officials’ negative rhetoric about the media has certainly led to a surge in insults, threats and harassment of journalists by the public,” she said, warning that such an environment could deter young people from becoming journalists, while journalists themselves were more likely to resort to self-censorship.

The commissioner also regretted that several years after Caruana Galizia’s murder and despite numerous calls to ensure the perpetrators are promptly brought to trial, justice has yet to be served for the slain woman, her family and fellow journalists.

Reacting, the government said it not only condemned any form of threat and harassment to journalists but was also actively working on strengthening the profession and granting journalists more protection.

All reports of threats and harassment were being investigated and impacted journalists offered the necessary protection, the government added. 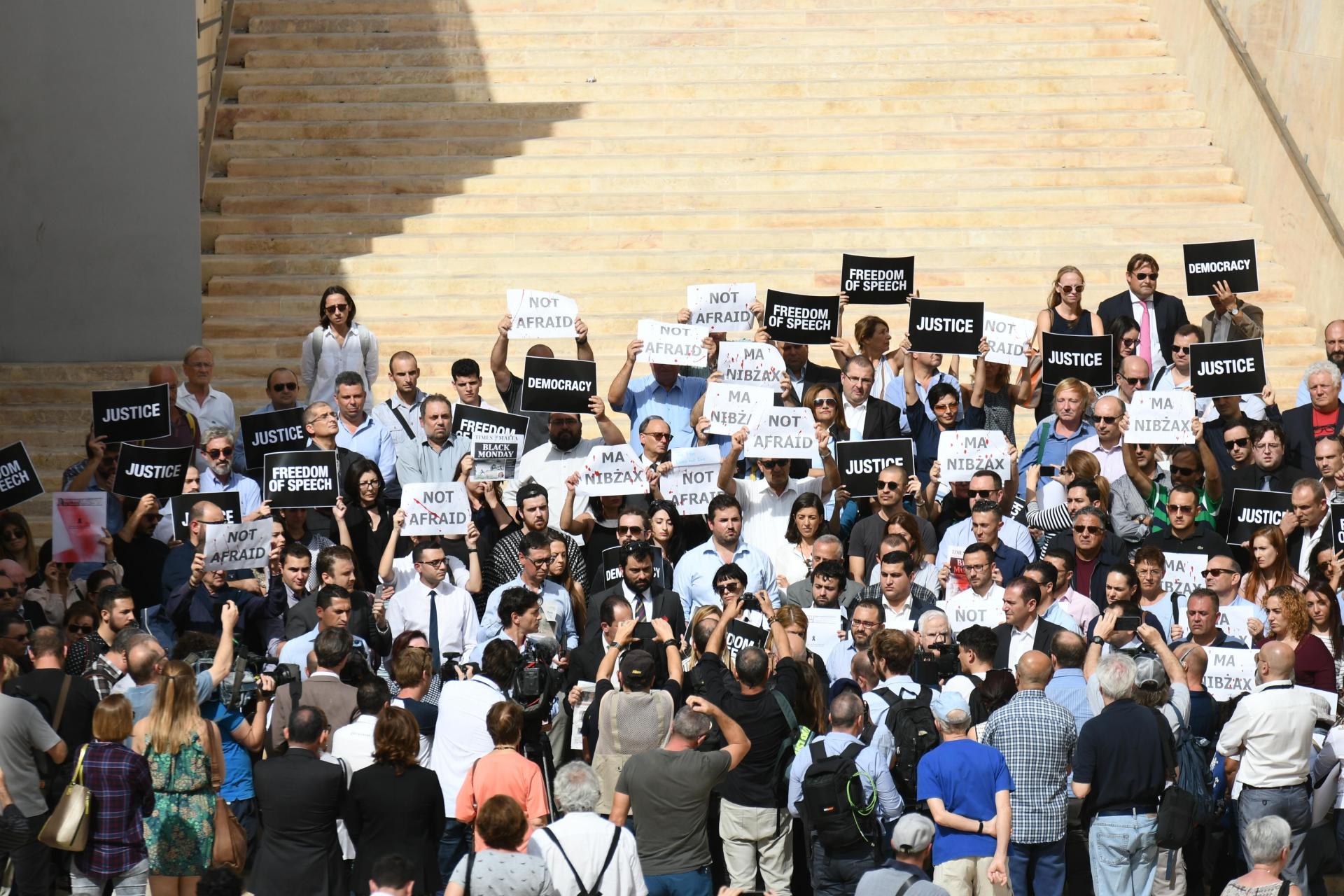 Humanitarian crisis during the pandemic

In her report, commissioner Mijatović warned that Malta could not detain people out at sea, as it had done at the height of the pandemic.

“She regretted, in particular, the humanitarian and human rights crisis created in May-June, when Malta refused to disembark over 400 rescued migrants whom it kept for several weeks on chartered private vessels outside its territorial waters while trying to secure relocation commitments from other member states.

“She called on Malta to ensure that monitoring bodies and agencies providing assistance and protection were granted urgent access to those rescued and that migrants were not unlawfully detained at sea and warned against making safe disembarkation on land-dependent on other states’ commitments,” the report reads.

Reacting, the government said the measure was dictated by public health considerations, and those aboard the vessels were provided with food, medical assistance and communication devices. They were subsequently given the opportunity to apply for international protection.

In her report, the commissioner also says she “deeply regretted” the authorities’ view that co-operation with Libya, leading to refugees, asylum seekers and migrants being returned there, is indispensable for the effective management of sea arrivals in Malta.

“In her opinion, this position is irreconcilable with the findings of international bodies which show that refugees and migrants, including children, intercepted by the Libyan Coast Guard are routinely detained in special detention centres where they face intolerable conditions and are exposed to systematic violations of their human rights, including unlawful killings, slavery, torture, trafficking, sexual and gender-based violence, starvation and extortion.”

She warned that forcible return to Libya violated the cornerstone principle of non-refoulment, which prohibited return to places where people would be at risk of serious human rights violations or other irreparable harm.

The commissioner also warned that the decrease in Malta’s search-and-rescue efforts over the past few years, together with its reported failure to assist migrants rescued by NGO ships and its restrictive disembarkation policies continue to pose significant risks to human rights – including the right to life – of refugees, asylum seekers and migrants in the Central Mediterranean.

But the government reiterated that it was Malta's duty to work with the Libyan authorities.

"Libya needs help to manage its borders, to have a proper labour migration system and to fight people smuggling... The international community cannot address people smuggling in North Africa without working with the countries of transit themselves. Malta and Europe may decide to ignore Libya and allow a situation where people smugglers are given the chance to operate with impunity," it added. 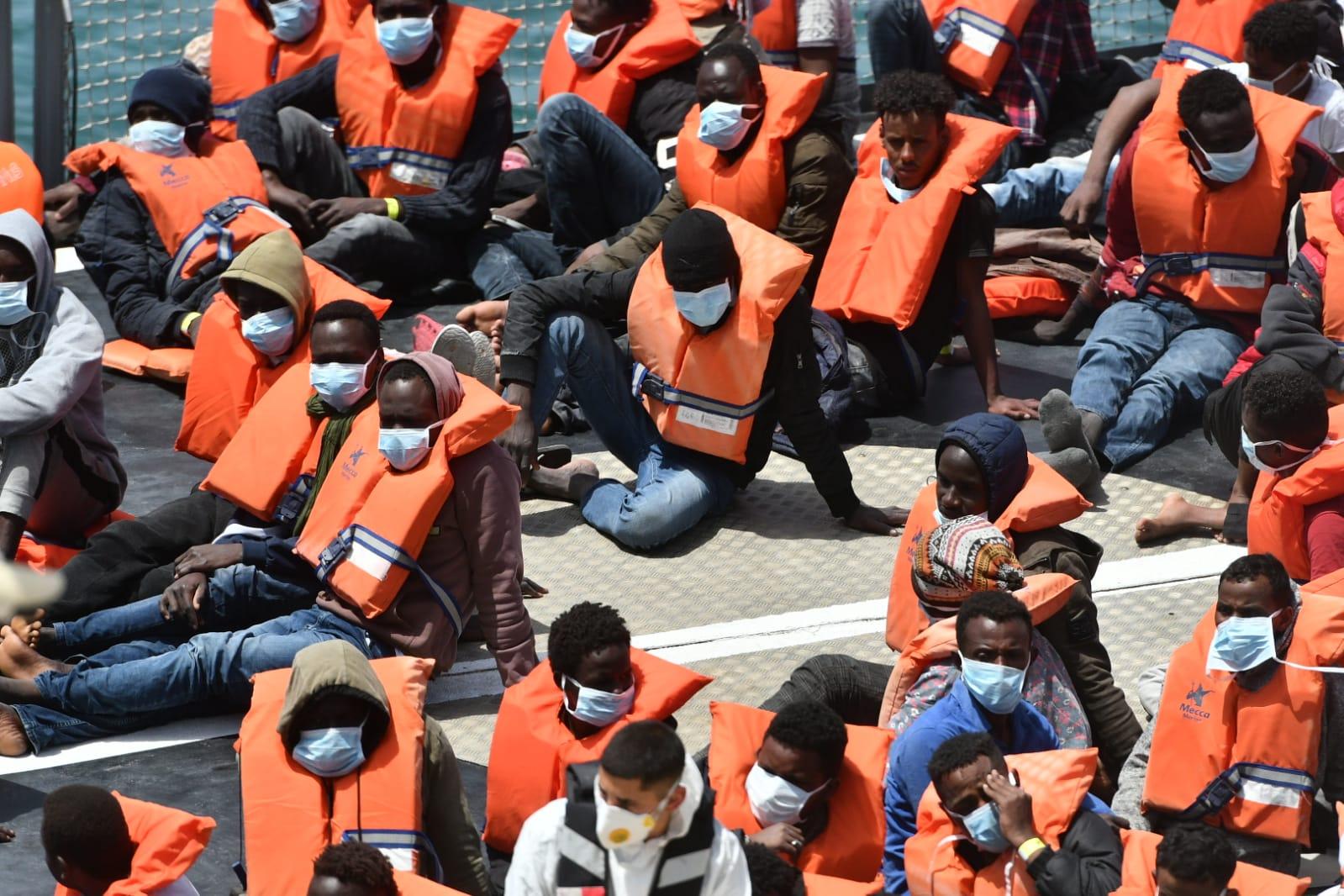 During her six-day visit here, the commissioner also met migrants at the Safi Detention Centre who complained about poor health care.

The majority had been vaccinated against COVID-19 but were not wearing masks.

They also reported being handcuffed while taking walks or while being escorted to medical checks.

“Many voiced their anguish at not knowing the reasons for their detention and their despair in the face of an uncertain future. They deplored their lengthy detention and expressed their wish to live as free people, in dignity and to have jobs that would allow them to support themselves and their families.

“They also complained about not being able to obtain information about their situation and to access legal assistance and other support.”

The authorities confirmed that at the time of the commissioner’s visit, detained migrants could only use a landline to make external calls. The mobile telephone service previously available to them had been discontinued.

According to the government, however, the migrants' statements did not "reflect the facts".

"It is likely that detainees at the Safi detention centre provided misleading information to the commissioner," the government said in its counter-report, detailing the "significant investment" in the provision of health care services in closed centres.

Despite important improvements in Malta’s overall gender equality outcomes, patriarchal attitudes and stereotypes regarding the roles of women and men in the family and society continue to place women in a disadvantaged position in several areas, including the labour market and participation in political and public decision-making.

Journalists’ requests to the authorities for information are often ignored or turned down, there have been unnecessary delays and, in some instances, diversionary tactics. NGOs additionally expressed concern over the use of “commercial sensitivity” as a ground to refuse freedom of information requests.

The commissioner was struck by the deplorable conditions at Block A in the Safi Detention Centre, including the carceral design and the blatantly poor sanitary and hygiene conditions and overcrowding. Her dismay was shared by the staff of the Ombudsman’s Office, who had made similar observations in the past.

Although Malta has continued to carry out search-and-rescue operations, there have been numerous reports of delays and non-response by its Rescue Coordination Centre to distress calls (contested by the authorities), restricted disembarkation of people rescued within the Maltese search and rescue region, instructions given to commercial ships to return migrants to Libya and refusals by the authorities to provide life-saving assistance to, and allow the safe disembarkation of, migrants rescued by NGO ships.