The government recorded a deficit of €1,161.7 million in 2021, equivalent to 8% of the gross domestic product and down from 9.5% a year earlier, the National Statistics Office said.

According to Eurostat, Malta’s deficit was the highest recorded among EU states. All members recorded a deficit except Denmark, which had a 2.3% surplus. 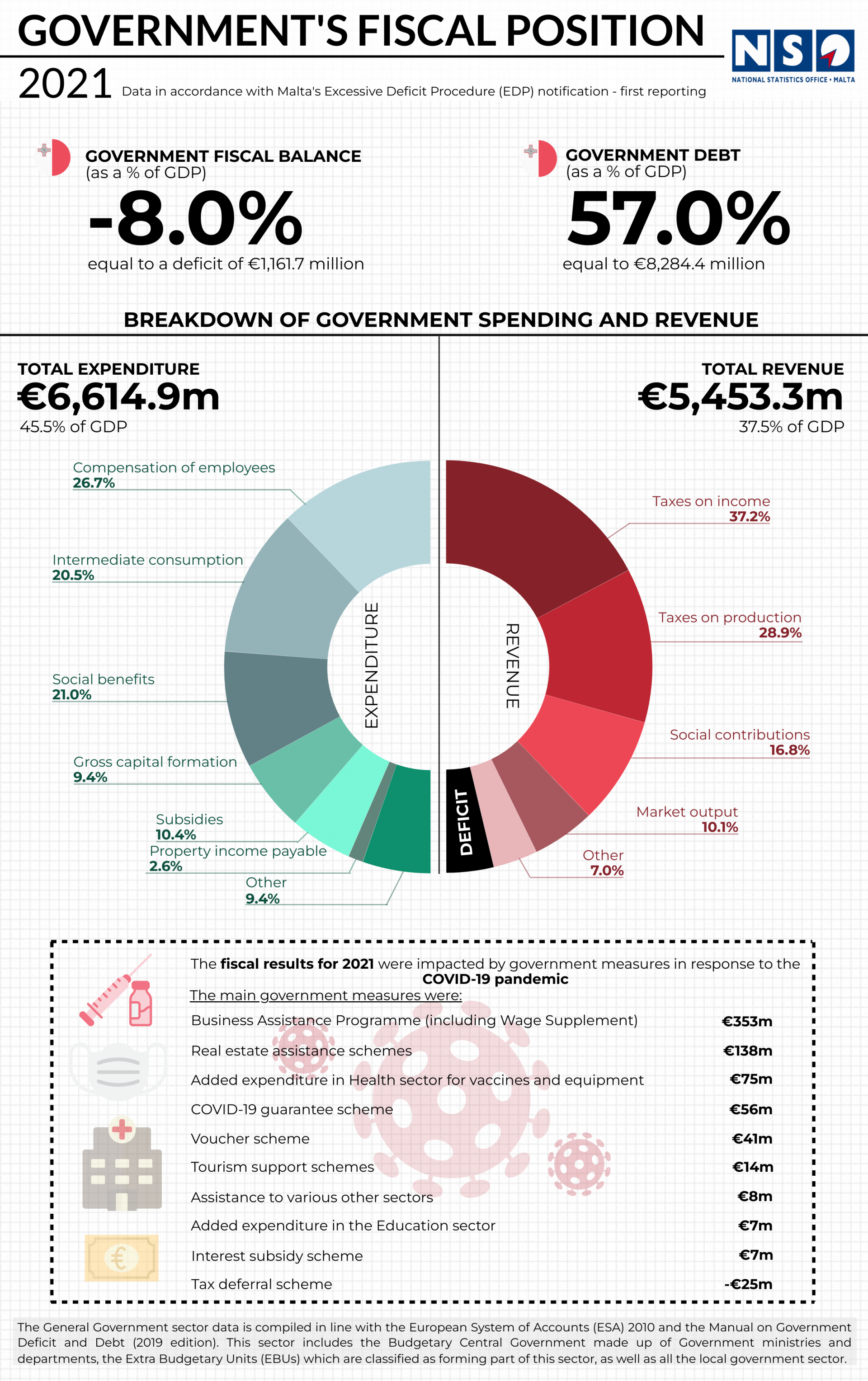 This was the highest since at least 2018 (the earlier year for which figures have been included by the NSO) but still much lower than the EU average, where the debt to GDP ratio at the end of 2021 stood at 88.1% and in the euro area at 95.6%.

The NSO said the €1,161.7 million deficit is an improvement of €76 million over that recorded in the previous year. The balance is calculated as the difference between the government’s total revenue (€5,453.3 million) and expenditure (€6,614.9 million).

The fiscal results for 2021 were again impacted by the COVID-19 pandemic and subsequent government measures to mitigate the economic, social and health risks associated with the pandemic.

When measured as a percentage of GDP, the balance was equivalent to a deficit of 8%, an improvement of 1.5 percentage points when compared to the deficit of 9.5% registered in 2020.