Nationalist Party leader Adrian Delia told a meeting of the PN executive on Monday that he will present the parliamentary group with a plan on the way forward, with him at the helm.

The parliamentary group is due to meet on Tuesday, amid reports that the meeting will mark the expiry of an ultimatum by MPs who want him to step down.

Party unrest worsened in the wake of an electoral battering at the European and local council elections last month and a meeting of the parliamentary group last week heard calls for Dr Delia to go. 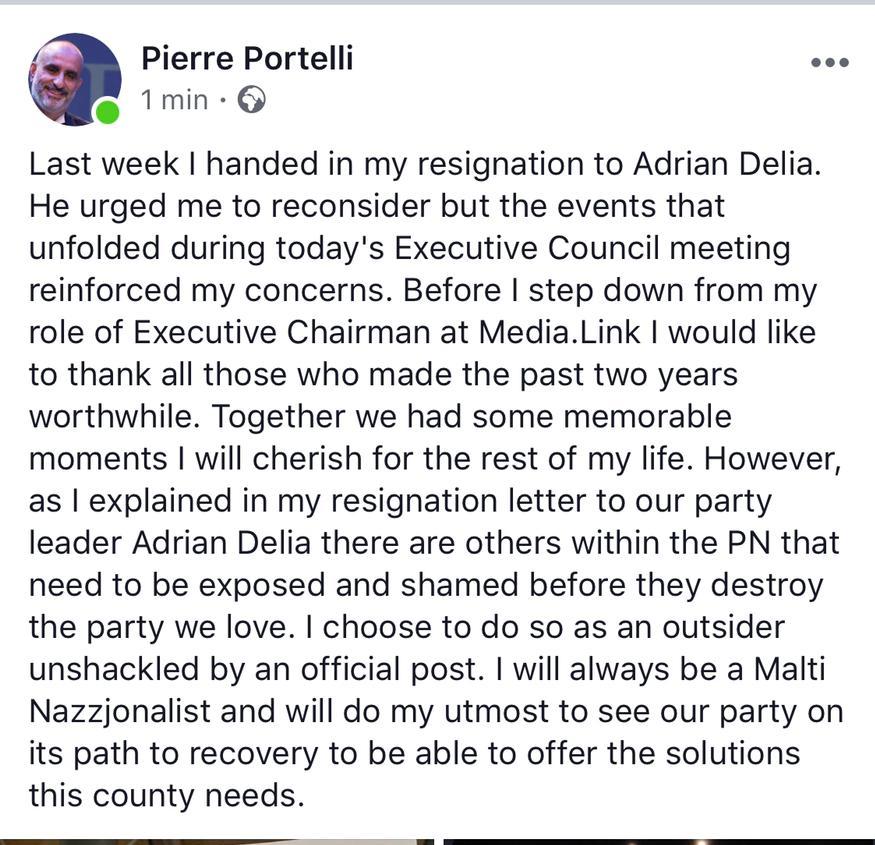 Sources said Dr Delia informed Executive Committee members that he is prepared to assume responsibility for the recent election results by continuing to lead and restructure the party. He did not give details about the plan he intends to present to parliamentarians.

Party officials spoke about the need to discipline those who were causing harm to the party leadership through their posts on social media.

No one made comments when the meeting of the Executive ended.

It is believed Dr Delia still enjoys support among executive committee members, in stark contrast to the majority of MPs and other party structures who have demanded change at the top.

The Sunday Times of Malta reported yesterday that the PN’s parliamentary group is expecting Dr Delia to relay a decision about his future after having given him a “few days” to reflect, consult and decide.

Sources within the party said just a few MPs are still backing Dr Delia, who was elected party leader by the party members in September 2017.

On Monday, PN deputy leader Robert Arrigo also spoke about the need to restructure the party, including rebranding.