Nationalist Party leader Adrian Delia is meeting members of the General Council face to face before it is convened with the prospect of a vote of no confidence taken on his leadership, Times of Malta is informed.

Senior PN sources have also raised the possibility that the beleaguered leader is playing for time to enable him to meet as many members as possible before the extraordinary council meeting is held.

The petition calling for the meeting has not so far been included on the agenda of Monday’s gathering of the parliamentary group and nor for a meeting of the Executive Committee scheduled for Thursday. According to a party statement earlier this week, it is the executive committee that will decide when to hold the General Council.

Signed by 200 council members, 50 more than the minimum stipulated by the party statute, and presented to the party last Tuesday, the petition indicated the council should be convened within a week.

The issue is however expected to be raised by members within both the parliamentary group and executive committee, sources said.

Times of Malta is informed that Dr Delia is promising members that if he is re-confirmed, certain people within his coterie “would be forced out”.

On Thursday, members of the council are due to elect new presidents of the party’s administrative and executive committees as well as a new treasurer, following recent resignations.

The first two positions will be contested. For the post of treasurer, only Charles Selvaggi, director of a private consultancy group, is contesting.

The position is hardly one that is sought after given the party’s dire financial position, as reported earlier this year, and the fact that banks would consider the treasurer as a Politically Exposed Person.

Richard Muscat, a former parliamentary secretary under PN administrations who is known to be a Delia sympathiser, has been appointed to lead an independent electoral commission.

He is being criticised by some quarters over his refusal to let some members of the executive vote early because they will be abroad on Thursday.

While the statute is silent on this possibility, such requests have been accepted in the past, sources said.

Within the upper echelons of the party, attention has now shifted to the list of PN councillors eligible to vote in the crucial General Council meeting. 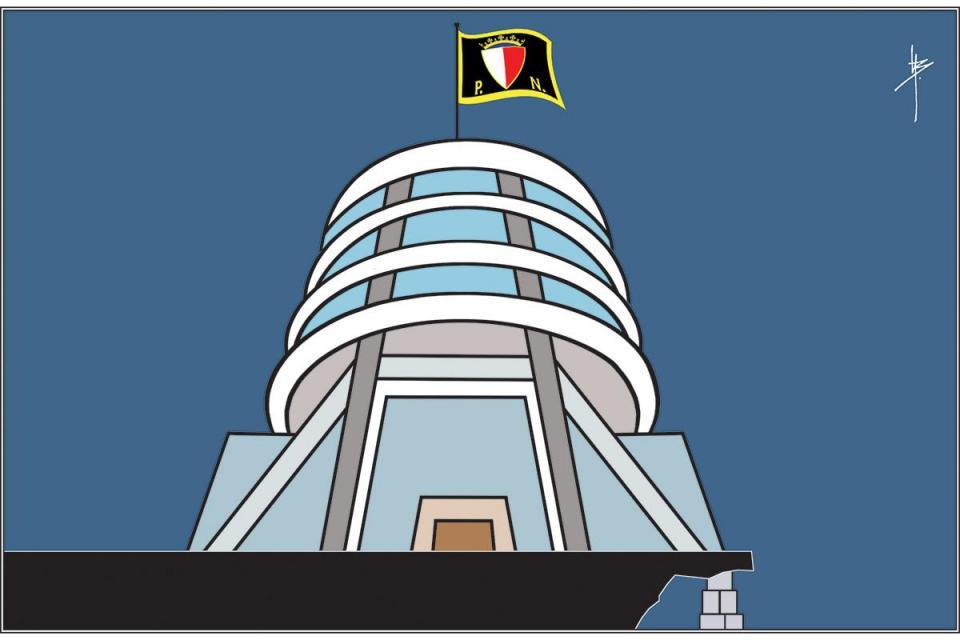 The PN administration has said that according to its lists, some 23 of those who signed the petitions and were councillors until a few months ago were not considered councillors any longer.

“I was a councillor until a few months ago and no one ever informed me,” one of the petition signatories complained.

“I cannot understand what changed. Perhaps because I wrote on Facebook that it is in the interests of the PN that Delia should resign!”

According to the party, 55 of the signatories have not paid their membership card (tessera).

One councillor described this as “strange”: “The party has been saying that the number of tesserati has risen over the last two years, yet according to their lists, a quarter of the signatories are not tesserati anymore.”

PN insiders spoke of a complete breakdown of trust in the present party administration, including in the way databases of councillors and members are compiled and kept.

Many of Dr Delia’s critics point a finger at the PN’s political coordinator Jean Pierre Debono for alleged “manipulation” but Times of Malta is informed that the databases are ultimately the responsibility of the office of the general secretary, managed by Clyde Puli.

“This is a crucial vote for the PN’s survival and no stone will be left unturned to verify who should be on that list or not, why councillors were struck off without notice and who are the new ones replacing them,” another PN insider said.

Asked to explain why lifetime councillors have just found out that they were recently struck off the lists, the reasons for these changes and how many councillors have been replaced since Dr Delia became PN leader were not answered by the PN’s spokesman before going to print.