The first gold medal went to the outstanding 2017 vintage of Gran Cavalier Merlot, DOK. Malta, Superior. This garnet red wine of distinction is full-bodied and packed with fruit flavours. It surprises with that pleasurable dusty and faintly savoury Maltese hallmark to it.

When handled by a skilful winemaker like Matthew Delicata, locally-grown Cabernet Sauvignon too can reach heights beyond expectations.

The Emozioni dal Mondo Merlot e Cabernet Insieme contest is organised by the Vignaioli Bergamaschi SCA and only reviews wines made from the three red-skinned grape varieties Merlot, Cabernet Sauvignon and Cabernet Franc. 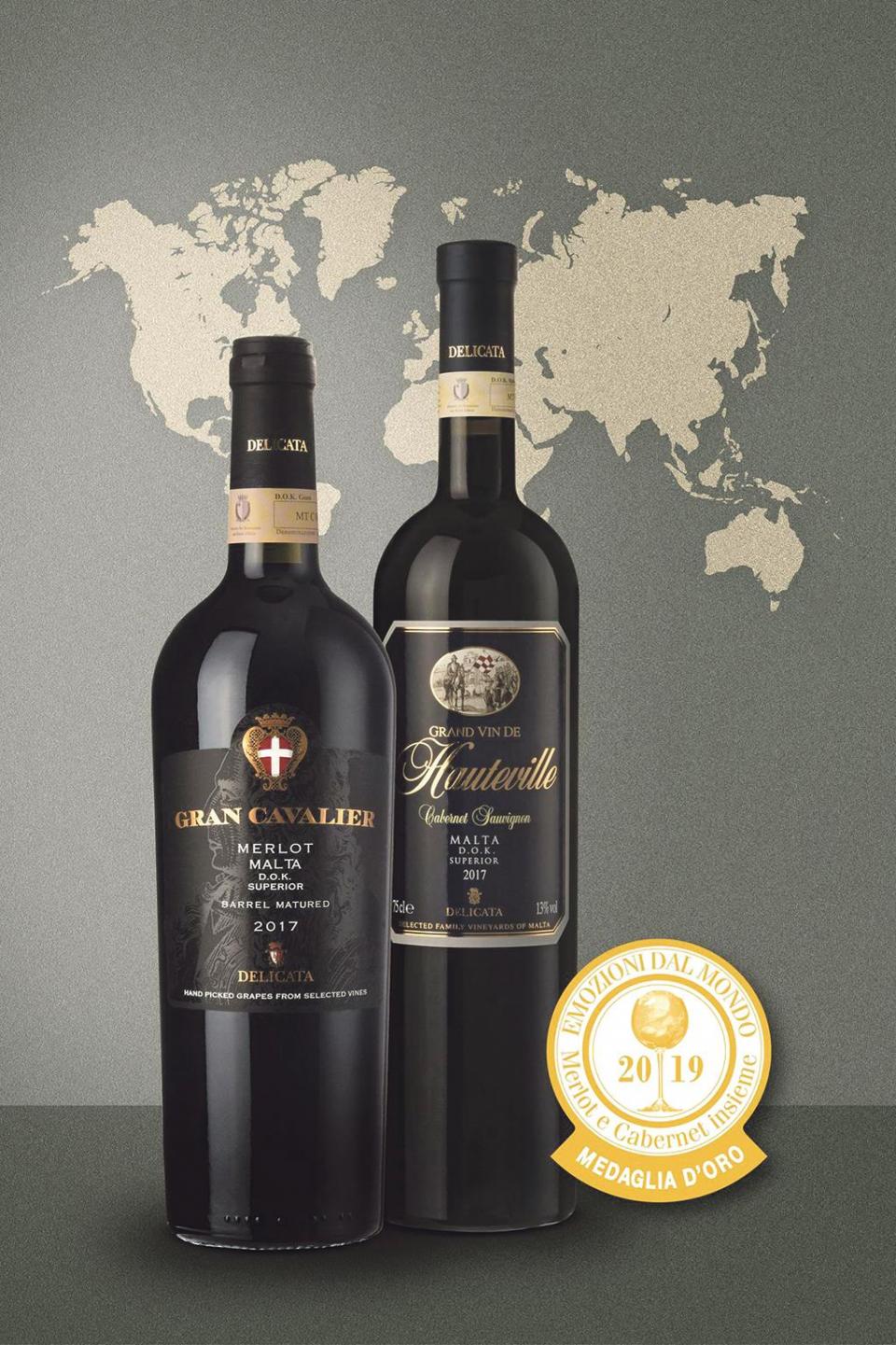 The tasting is governed by the Organisation Internationale de la Vigne et du Vin. Only 30 per cent of the samples submitted can be awarded a medal and to win a gold medal the wines must be awarded between 85 to 100 points.

The Premio Della Stampa or Press Prize is a special award commended by a special commission of wine journalists to a country’s highest scoring gold medal winning wine.

Eighty-one wine judges from around the world made up the judging panels of this year’s 15th edition of the competition and between them they evaluated 256 samples produced in 27 countries.

The Gran Cavalier and Grand Vin de Hauteville roll of honour is unrivalled in Malta. These boutique wines of Malta just keep on winning on the world stage, having won several awards previously, including gold in Bordeaux, the spiritual home of Merlot and Cabernet.