US Democrats began the process of impeaching President Donald Trump for a second time on Monday if Vice President Mike Pence and the cabinet do not remove him from office.

Democrats introduced a resolution calling on Pence to invoke the 25th Amendment of the Constitution and remove Trump from the White House.

Republicans blocked an immediate vote on the resolution and Democrats followed up by introducing an article of impeachment of Trump for "incitement of insurrection" over his role in Wednesday's storming of the US Capitol.

Trump has been largely silent in recent days -- making few statements and holding no news conferences. Twitter, his favoured public platform, has banned him for language that could incite violence.

He plans to travel to Texas on Tuesday in one of his final trips as president, reportedly to claim success in delivering on his pledge to build a border wall to keep immigrants from Mexico out of the US.

As Democrats prepared to act, the US Capitol building was open to lawmakers and staff but under tight security and ringed by a metal fence after Wednesday's assault by Trump supporters that left five people dead.

Inside, some windows and doors that were broken and breached by rioters remained boarded up with plywood, while reinforced glass on the outside doors near the Rotunda bore cracks from repeated battering.

The attack on Congress shook the core of American democracy drew international condemnation. It has ignited a new effort to remove Trump, who is accused of inciting the mob before it stormed the capitol where lawmakers were certifying Biden's November 3 win.

Trump was already impeached once by the Democratic-controlled House in December 2019 for pressuring the Ukrainian president to dig up political dirt on Biden. 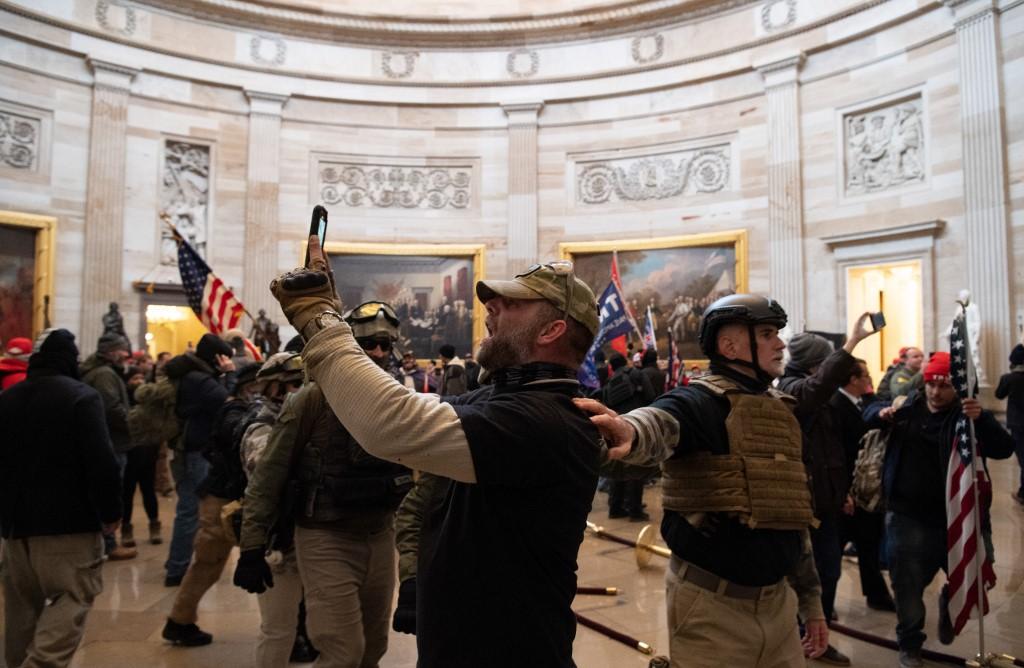 Trump supporters in the Capitol Rotunda after they stormed the government building on January 6. Photo: AFP

He was acquitted by the Republican-majority Senate.

If the House again votes to impeach, Trump would be the first US leader to be formally charged for a second time with "high crimes and misdemeanours."

Though time is running short, Democrats likely have the votes in the House to impeach Trump again and could draw increased Republican support for the move.

But they are unlikely to muster the two-thirds majority needed to convict Trump in the 100-member Senate and remove him from office.

The effort is nevertheless seen by Democrats as worthwhile. Although any conviction would likely occur after Trump has already left office, it would lead to a secondary vote on banning Trump, who is thought to be considering a run in 2024, from holding federal public office again.

Authorities are seeking to arrest more Trump supporters who stormed the Capitol on Wednesday after the president held a rally outside the White House repeating false claims that he had lost the election to Biden due to fraud.

Toomey said that since losing the November 3 vote, Trump had "descended into a level of madness and engaged in activity that was absolutely unthinkable, and unforgivable." 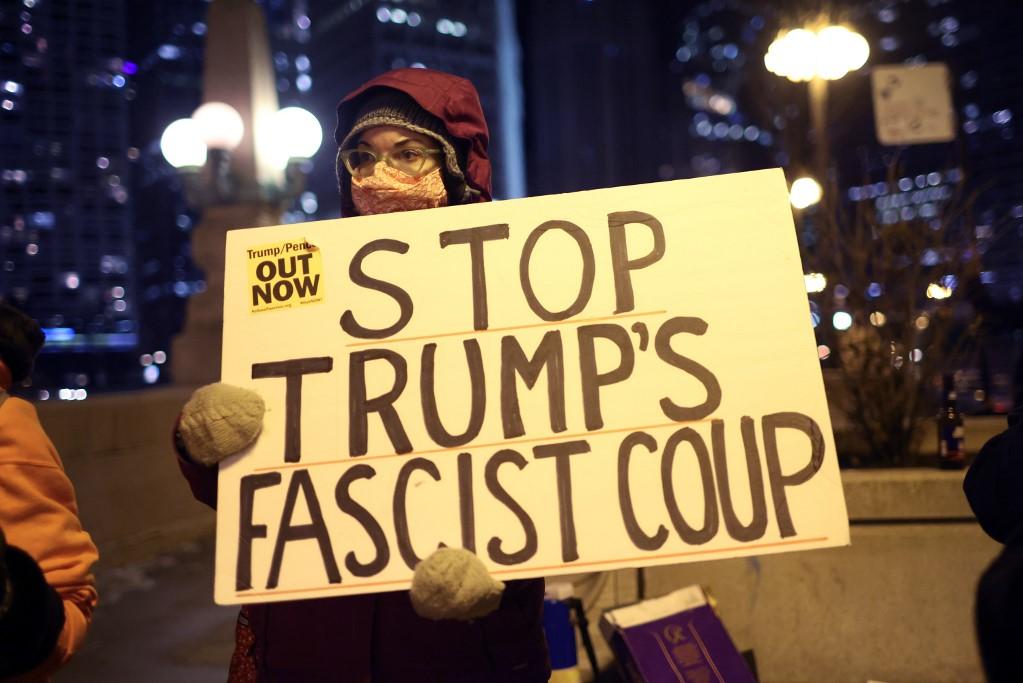 Lisa Murkowski of Alaska was the first Republican senator to demand Trump's resignation, saying: "I want him out." House Republicans, including Adam Kinzinger on Sunday, have echoed that call.

The article of impeachment is set to charge Trump with inciting Wednesday's violence.

Hundreds of off-duty police on Sunday lined Constitution Avenue in Washington and saluted as a hearse rolled slowly by carrying the body of Brian Sicknick, the police officer who died in the attack on the Capitol.

Capitol security has been stepped up and Trump supporters have threatened new action in coming days both in Washington and state capitol buildings.

Senate rules mean the upper chamber would likely be unable to open an impeachment trial before January 19, and Toomey said he was unsure it was constitutionally possible to impeach someone once out of office.

Some Democrats, for their part, have expressed concern that a Senate trial would overshadow and hamper Biden's efforts to quickly lay out his agenda, starting with the fight against the coronavirus and the need to support the economy.