Protesters gathered outside parliament on Monday, calling for justice for Daphne Caruana Galizia, her family and the country.

Organisers used the octopus metaphor to refer to corrupt politicians, business people and those who "have their tentacles in all of Malta's institutions". 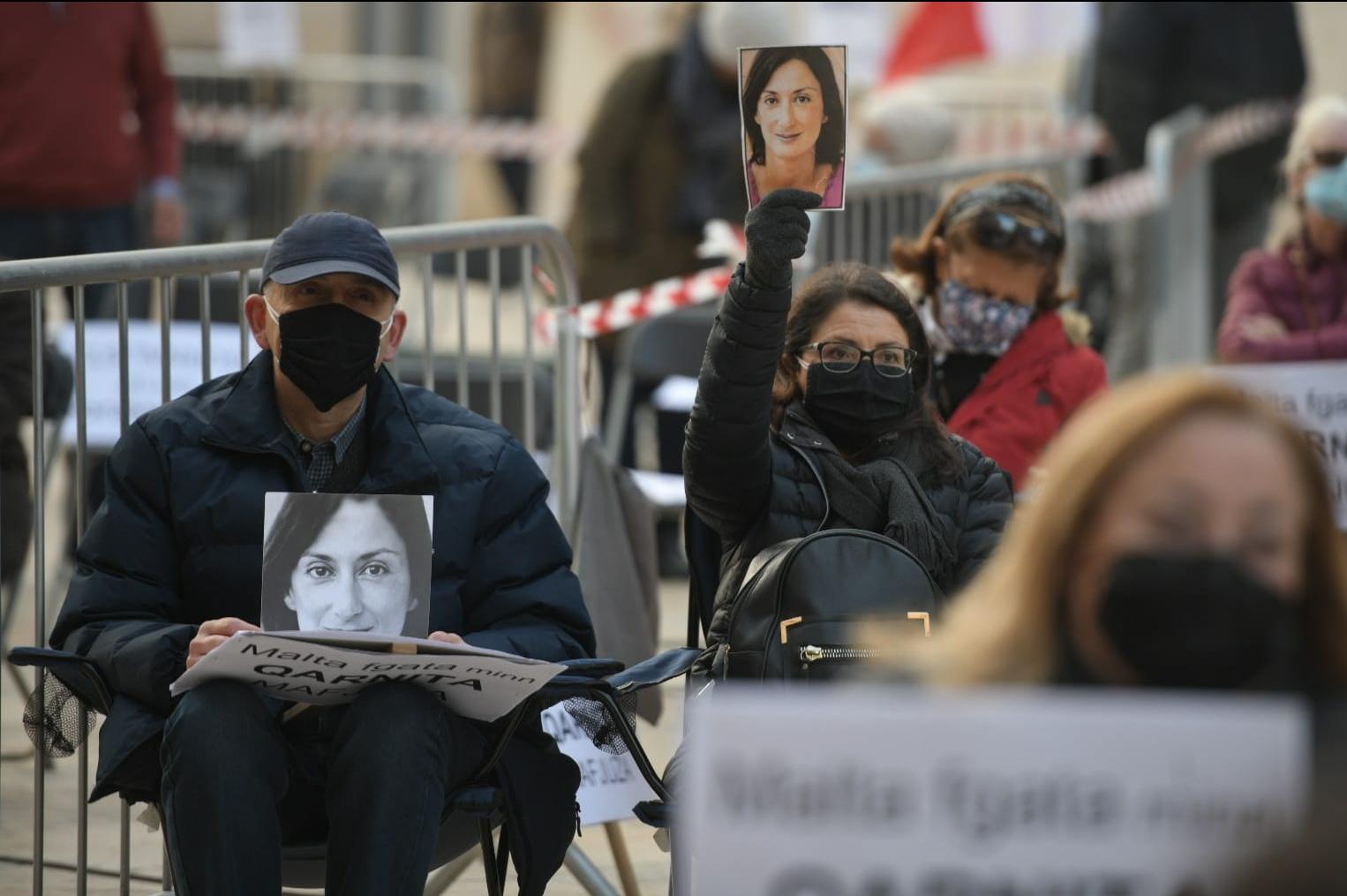 It follows the resignation of Parliamentary Secretary Rosianne Cutajar, pending the outcome of an investigation by the Commissioner for Standards in Public Life into her ethical conduct with Yorgen Fenech.

Times of Malta has revealed that she had benefited from a property deal involving Caruana Galizia's murder suspect.

Prime Minister Robert Abela hailed her resignation as a mature decision that put the public interest above her own.

The latest civil society protest was held last week, with demonstrators meeting outside Cutajar's ministry, calling for her resignation.

The steady stream of anti-corruption protests that rocked Malta in late 2019 petered out in 2020 as pandemic restrictions made it problematic to gather in public. But despite those complications, activists still left their mark with a number of smaller events. 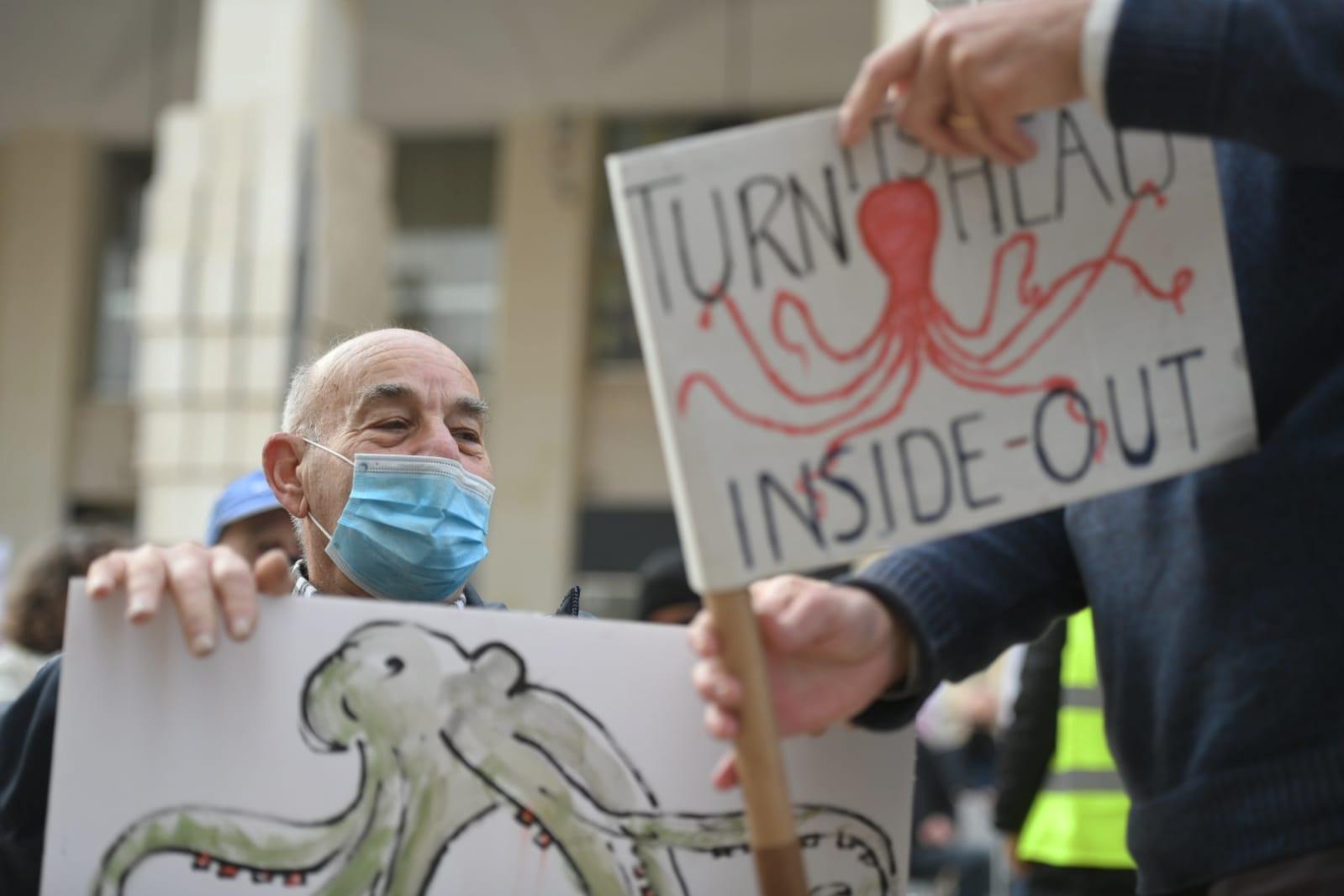 'Told too many times that institutions are working'

Addressing protestors, Repubblika president Robert Aquilina said the octopus was a creature that was "difficult to see".

"It changes colour so that no one notices it and spurts out ink to be able to hide. This octopus ruling our country has sunk its tentacles deep into our institutions, our government, our police force, our economy, the planning authority and the media.”

He said people have been told too many times that the institutions are working.

“We heard it when Daphne [Caruana Galizia] began writing about the Panama Papers, when he saw the owner of Pilatus Bank fleeing with his luggage as our police commissioner ate rabbit.

"We heard it when Melvin Thuema was having coffee with Keith Schembri in Castille. We heard our institutions are working with [former deputy commissioner] Silvio [Valletta] was supposed to be investigating the murder of Daphne, instead, he travelled to watch a football match.”

Aquilina said that the country still waits for justice for the murder of Caruana Galizia.

He also referred to Cutajar's resignation.

“Cutajar said she resigned out of respect for Labour, not for us. She said it was a temporary resignation, like a break. 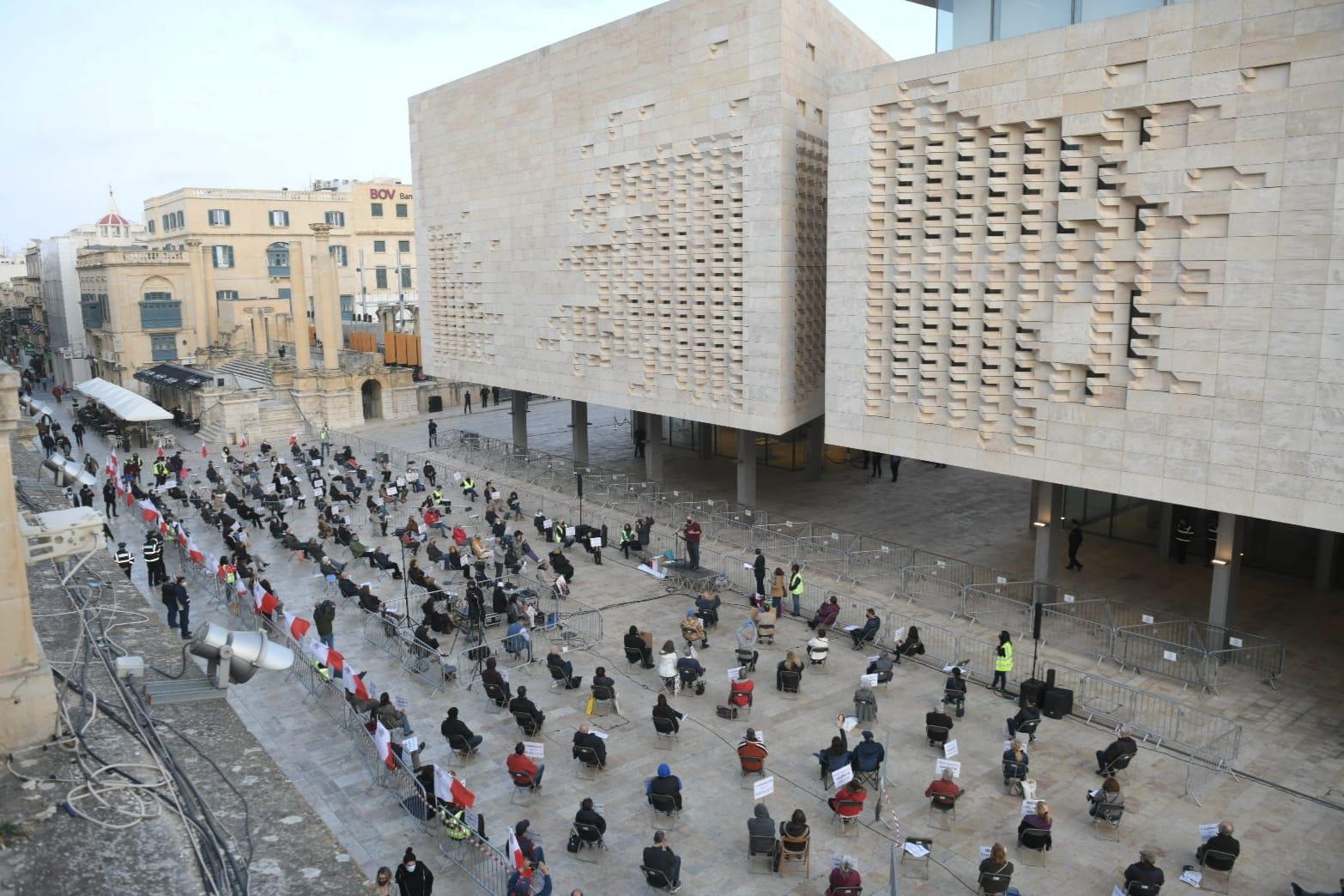 'Fed up of the lies'

Louiselle Vassallo, from Occupy Justice, said she was "fed up of the lies".

Had our institutions worked, former assistant police commissioner Ian Abdilia would not be receiving a reward, she said.

Abdilla, who has been widely criticised for sleeping on the Panama Papers investigations into government officials is to be awarded a long and efficient service medal.

"If the institutions were working, Cutajar would not have accepted money from Fenech, who by then we knew was the owner of 17 Black.

"If she had respect for our country she would not accept cash or find herself in this situation," she said, adding she was thankful for the journalists who risked their lives to reveal the truth.

"No, Prime Minister, we are not living in a heaven on earth. When we finally see change and politicians show us a pinch of respect, we might actually be seen as a nation."