A migrant stranded for days on board a humanitarian vessel attempted to jump overboard on Sunday, before he was restrained, amid mounting desperation among those saved.

Crew members on board the rescue ship Alan Kurdi had to intervene to save the migrant from jumping overboard, the German NGO Sea-Eye said.

In a message to Maltese authorities, the NGO said the minor is a 17-year-old from Tunisia showing signs of "anorexia, increasing mental instability, depression/aggression."

A medical case report was also sent to Times of Malta.

The Alan Kurdi has been stuck at sea outside Malta for several days even taking to the Maltese courts in a bid to force the government to bring the migrants to shore.

A group of 13 migrants were rescued at sea by the NGO last week. Between Thursday and Friday five people, two of them youngsters, were evacuated to Malta.

"One of the men today tried to jump overboard and as he does not know how to swim we count this as a suicide attempt. The second time he put a life-vest. Both times we stopped him in the last moment before he went overboard. Afterwards he sat there crying and shaking and his friends starting pouring water over his neck to calm him down," a spokesman said.

The NGO said it had called the Maltese authorities again but there was no reply.

"They just let us hanging here and it really seems like they want dead people in front of their harbour."

An Armed Forces of Malta spokesperson insisted that the vessel is not in Malta's territorial waters.

"The NGO has asked us to allow the eight people to land but we are following instructions from higher up not to do so."

Italy and Malta have clamped down on humanitarian vessels amid continuous indecision at EU level over who is to assume responsibility for migrants rescued at sea. 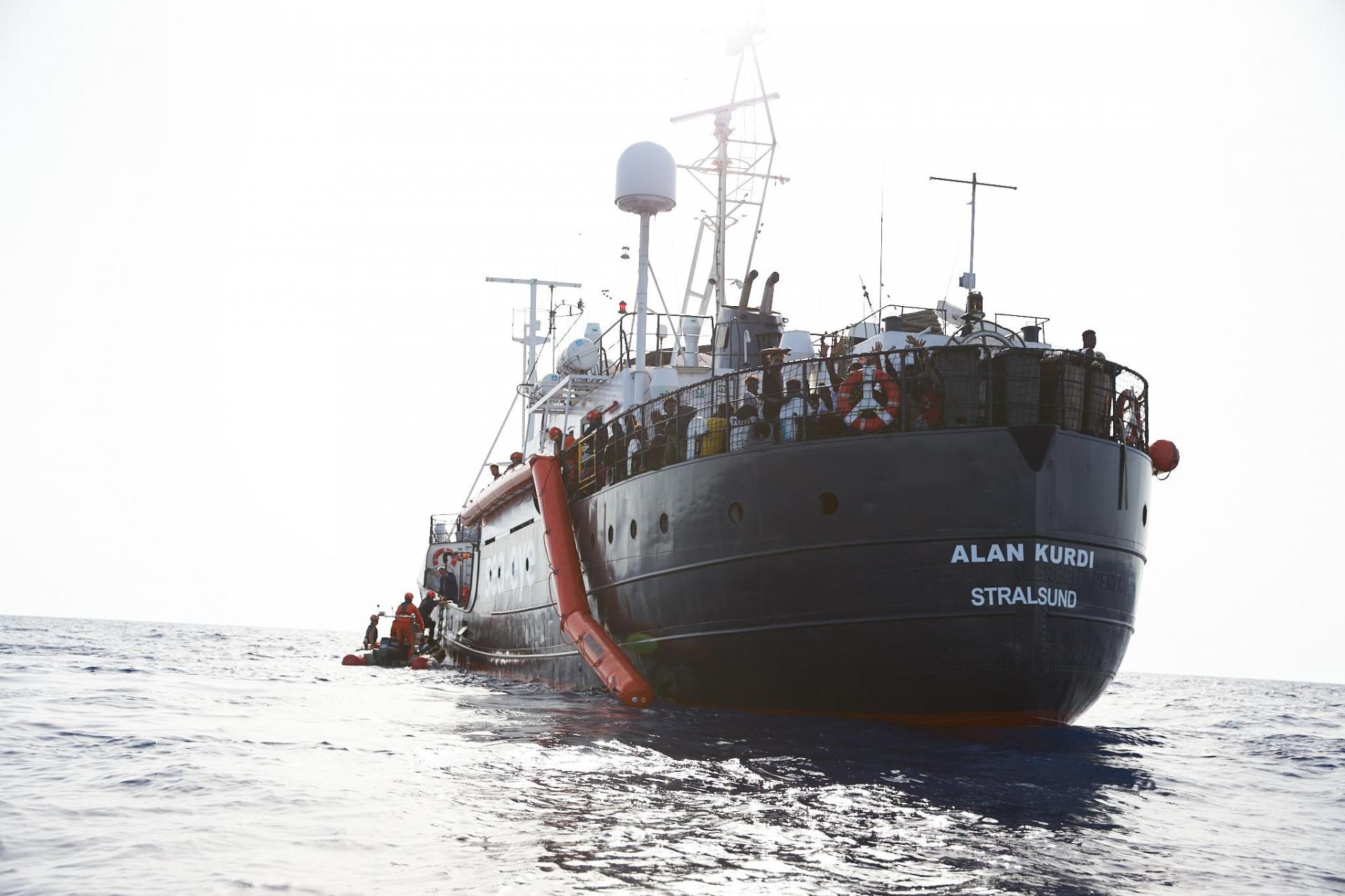 The migrants have been stranded on board the Alan Kurdi for more than a week.