Destiny Chukunyere will be the sixth performer in the final evening of the Eurovision Song Contest, which according to her manager gives Malta a huge disadvantage.

The Eurovision Grand Final will open on Saturday evening with Cyprus’ Elena Tsagrinou singing ‘El Diablo’, while San Marino’s Senhit will close the show with ‘Adrenalina’.

Destiny will be the 6th performer on stage, out of 26 countries performing at the Rotterdam Ahoy.

Taking to Facebook after the announcement of the running order, her manager Howard Keith Debono said that the European Broadcasting Union and host country had made it crystal clear that the running order will never give a small country like Malta a chance. 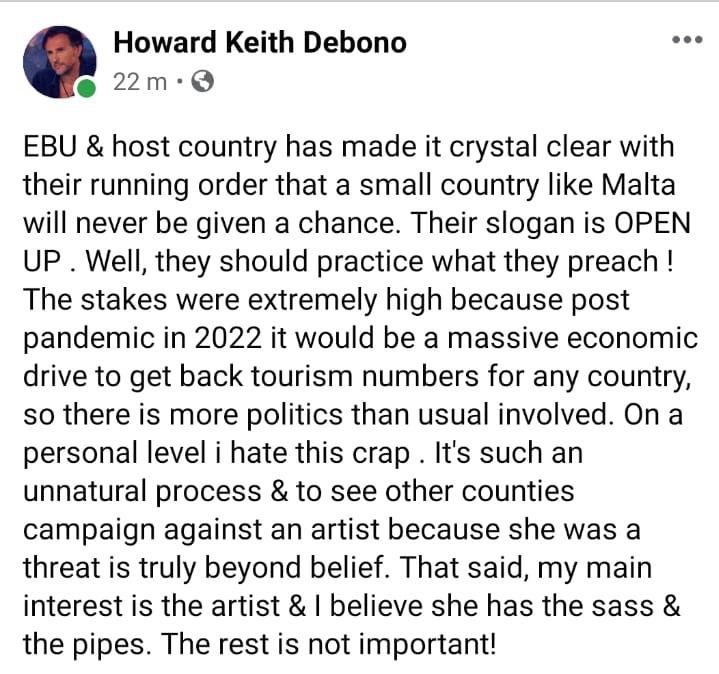 Debono said that the decision on how the countries were placed was politically driven and that stakes are extremely high because ‘‘post pandemic in 2022 it would be a massive economic drive to get back tourism numbers for any country, so there is more politics than usual involved."

He later edited the post to remove the reference that the running order decision had political motives.

“I’ve always said that it’s such an unnatural process but to see and experience other countries campaign against an artist because she was a threat was truly beyond belief. That said, my main interest is the artist and I believe she has the sass & the pipes. The rest is not important! If anything, I think she will come out even stronger knowing Destiny.”

He eventually deleted his post, claiming it was being misinterpreted.

"I simply wanted to state a fact that is an industry known fact about running orders. It doesn't take away the hard work of our team and the belief we have for our winning artist and song as I already stated. Destiny's rehearsal was perfection just now," he added.

Destiny is currently the third favourite to win the contest, according to betting sites that predict she has a 12 per cent chance of placing third in the final with Italy and France occupying the top two spots with 25 per cent and 21 per cent chance respectively.

Does the running order affect a country’s chance of winning?

A look at previous winners of the Eurovision Song Contest suggests that it is generally better to perform in the second half of the show. 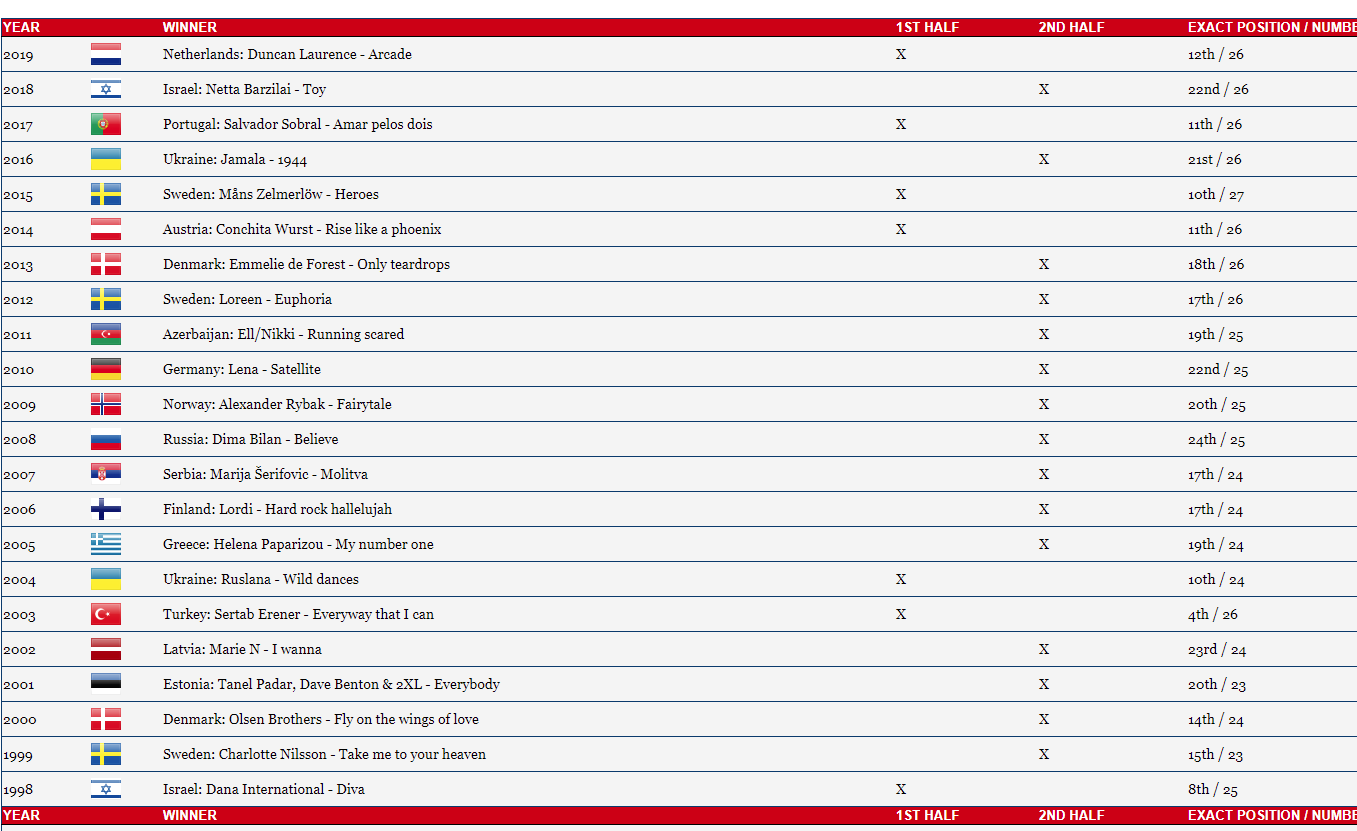 Between 2005 and 2013, all winners performed in the second half of the grand finale. Recent winners including Denmark’s Emmelie de Forest (who performed 18th), Sweden’s Loreen (17th) and Israel's Netta Barzilai (22nd).

But that does not mean winning in an earlier position is uncommon.

The winner in 2019, Netherland’s Duncan Laurence, had performed in the contest's first half, as did the 2017 winner, Portuguese Salvador Sobral.

How is the running order decided?

A random draw determines whether a country will perform in the first or second half of the show, but after that it is the Eurovision Song Contest producers who decide the specific order of performances on the big night.

Decisions are subjective and based on the type of songs, their stage performances, required stage props, lighting requirements and other production considerations.

"The first thing you do is... you look into songs, what identity do they have, what colour temperature, which genre, tempo — all these parameters you look at,” one of the show’s producers explained in 2017.

“Then you start creating a flow, so that it becomes a good show that allows each song to actually shine for three minutes,” Christer Björkman said.

As a safeguard, organisers get the chairman of the EBU’s reference group to check the running order.

The reference group is the Eurovision Song Contest's governing body on behalf of all participating broadcasters. 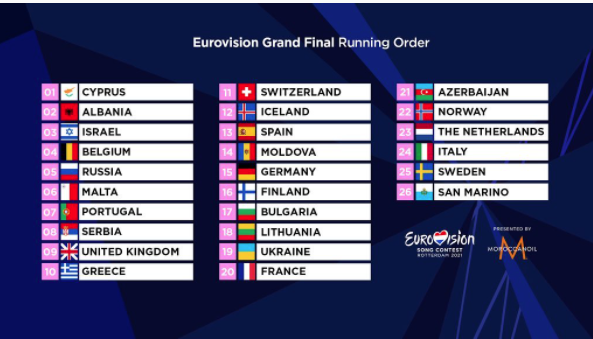