The developer of a proposed eight-storey hotel in Xagħra, which has drawn strong objections because it lies close to a historic church, has come out in defence of the plan on the basis of its “quality”.

Karkanja Ltd said their proposal to include the hotel within an already approved development of residential units in Saints’ Square was “a response to the concern of many that development in Gozo should not be about quantity but quality”. 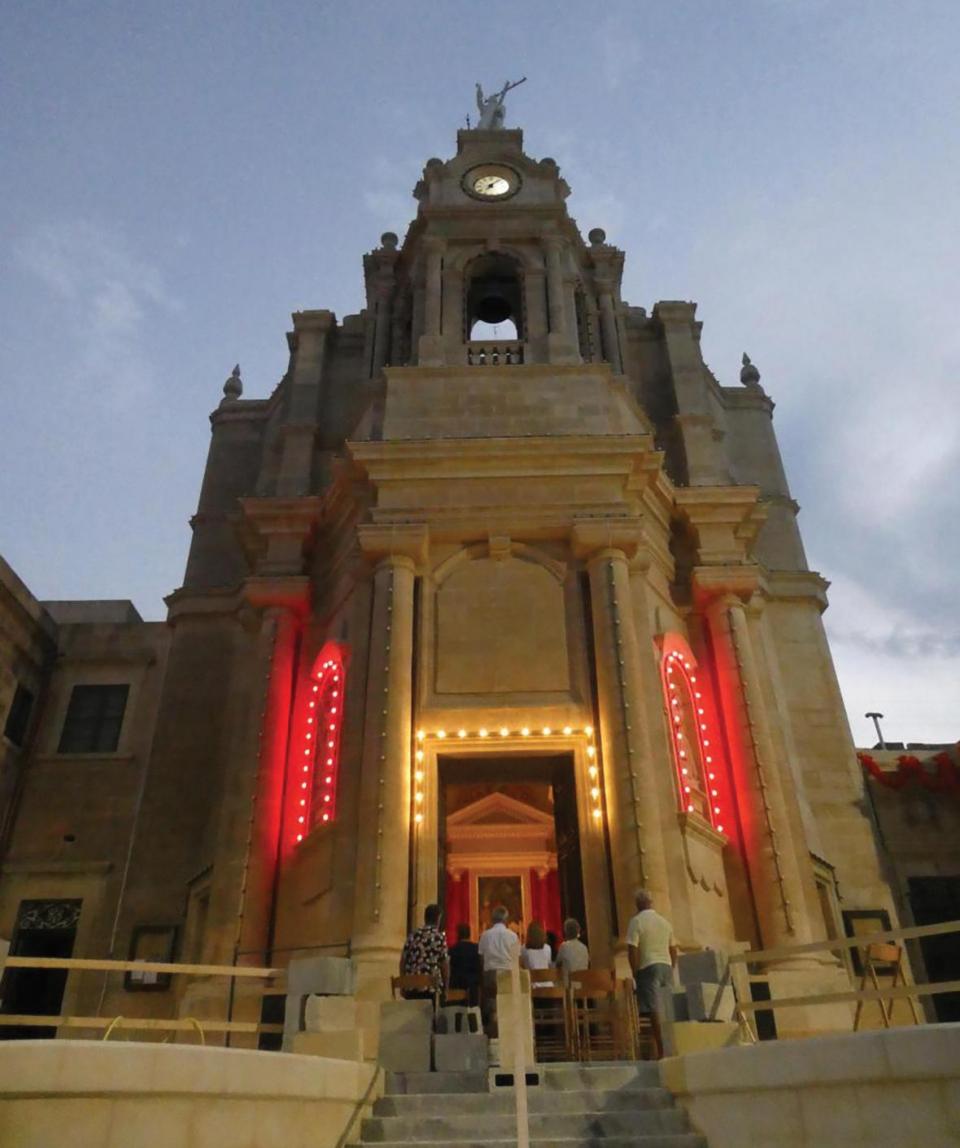 The Nazarene church, in Xagħra is included in the National Inventory of the Cultural Property of the Maltese islands. Photo: Wikimedia Commons/Ormulune

Planning application PA/3554/20, to build a 51-room hotel with a backyard lying within a protected zone, is set to be decided upon on Tuesday.

The applicant also seeks to add another floor on seven different blocks and three floors on another three blocks, adding 63 garages and 15 apartments to the project.

Environment NGOs Din l-Art Ħelwa and Wirt Għawdex, the Xagħra local council and residents as well as the Superintendence for Cultural Ħeritage have all come out strongly against the project due to its overbearing height, “scale and immensity”, which would jar with the surroundings.

It lies partly within an urban conservation area (UCA) and policy does not allow hotels to be built on the land, they argue.

The application comes amid widespread concern that Gozo’s character is slowly being destroyed by overdevelopment as its picturesque villages and landscapes are increasingly marred by large new apartment blocks. Gozo mayors have come together in an effort to turn back the tide of concrete.

Euchar Vella, Karkanja’s managing director, argues that only a part of the building would be situated on protected land: the backyard, “some” of the rooms facing it and the back of one of the blocks.

Only a backyard that forms part of the hotel footprint falls within a UCA, he said.

“Urban Conservation Areas do allow for building as long as it is within the same height and design as the predominant adjacent one,” Vella said.

“The block in the UCA zone will be transitioned with setback floors as per policy height, with only one floor and a half remaining visible once the full permissible height of the nearby houses is reached,” he added.

“The site allows for stand-alone buildings and terraced massing instead of the usual pencil-like design, sandwiched between other buildings.”

Vella also dismissed claims that the plot is within 27m of the village church, saying it was 55m away.

He said the project would allow for “much needed public open space, around 900sqm, surrounded by traditional architecture and the typical pjazza experience”.

This was achieved, he said, by adding two extra floors in line with hotel height relaxation policies to shift amenities away from groundfloor level.

Vella acknowledged that a significant part of the criticism levelled at the project was “directed at these two floors” and conceded they would impact the skyline.

However, he believes that the extra floors will have a negligible effect on the church due to the building of a new shelter for the elderly right next to it.

“It’s a balancing act and it’s hard for the layman to understand what we are trying to achieve but we cannot keep criticising soulless buildings sprouting everywhere while alternatives are simply shot down,” Vella said.

He said concerns raised about the complex overshadowing the rest of the square had been taken into account.

“Many opportunities for turning concerns into landmarks were lost in the past. Developers should be incentivised and not labelled as criminals in coming up with such proposals if the only open spaces in Malta are going to be just roads,” Vella said.