The developer responsible for a building site adjacent to the apartment block in Mellieħa which collapsed on Saturday has insisted that all necessary precautions were taken during the works.

Godwin Mifsud told The Sunday Times of Malta that construction works were being done according to the established standards and excavation works were carried out in January.

“I don’t know what could have caused the collapse,” a shocked Mr Mifsud insisted.

A woman, Briton Maggie Smith, 77, was lucky to survive with slight injuries when the three-storey building came down in the early morning. She had been asleep in the top floor apartment.

Next door to the collapsed building, other houses had been demolished, the ground excavated for basement level garages, and shops and overlying apartments are now under construction.

A magisterial inquiry and a police investigation have been launched to determine the cause of the collapse.

People on the scene could see that the ground floor of the building which came down had been roofed with concrete slabs. Investigators will want to establish whether the excavation next door caused the wall supporting these slabs to shift, possibly leading to the collapse. 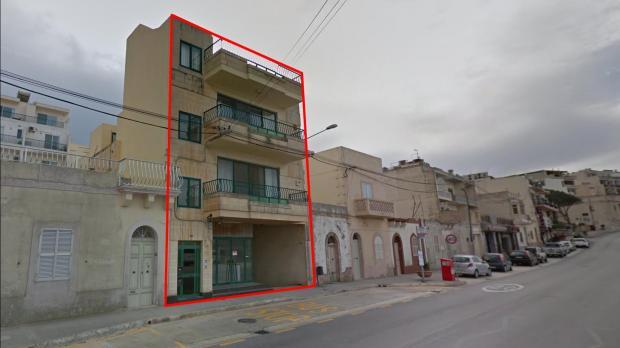 A google maps image of the building as it was before.

This was the second building collapse in less than two months, following a similar case in Pieta’, reigniting debate about safety standards in construction.

The government expressed concern over the matter while noting that professionals involved in the industry had to shoulder their responsibilities at law. It added that assistance was being offered to the victims.

It reiterated its plan to set up the Malta Construction and Building Authority to consolidate and update existing legislation. At present such responsibilities are fragmented under several entities. The new law would streamline responsibilities under a single code and clearly define third-party rights.