Mega developer Joseph Portelli has admitted he carried out illegal excavation work on a protected area in Qala but said he did so because he expects to get a permit to build a swimming pool there in the near future.

The Planning Authority last week halted the irregular works at Ta’ Kassja after NGO Moviment Graffitti photographed excavators carrying out work in an area outside the development zone.

Portelli, a prolific developer in Malta and Gozo, is currently building a controversial four-storey residential complex in the rural Gozo village that will comprise 164 apartments, a pool area and a large garden. 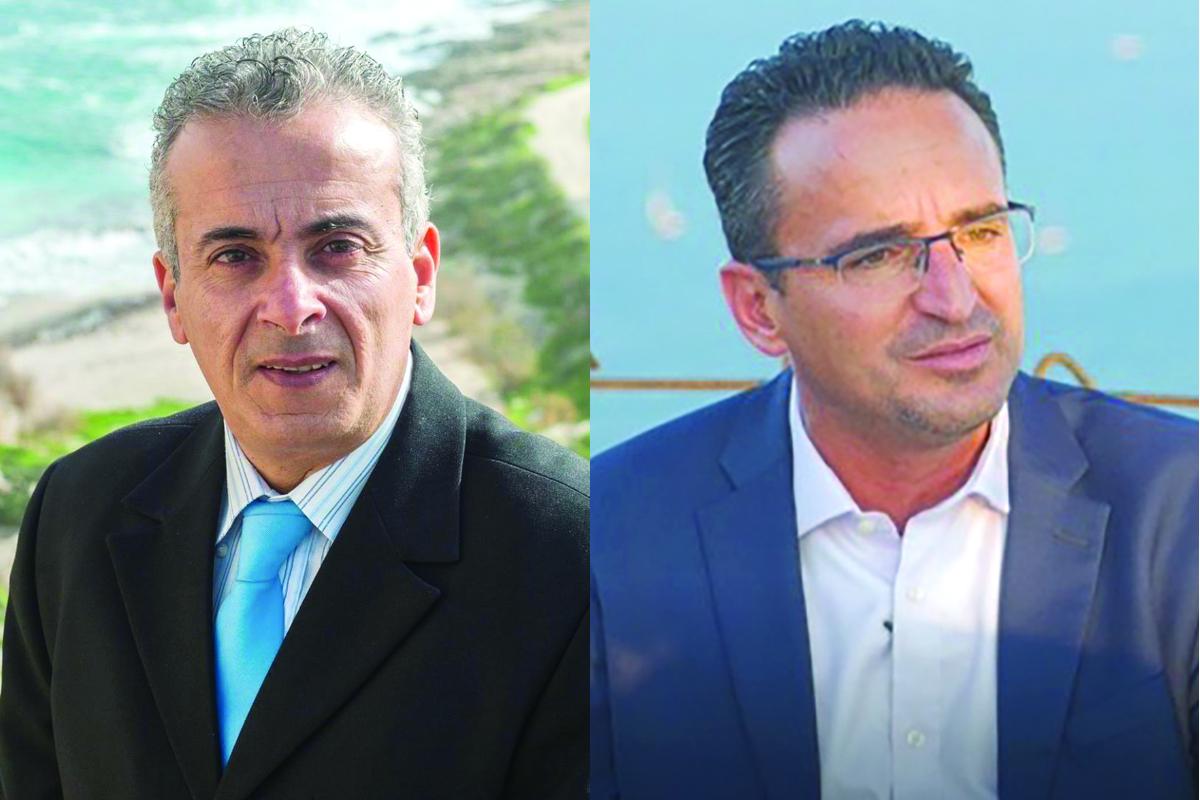 Qala mayor Paul Buttigieg (left) says the population will explode once this block of apartments is complete, but developer Joseph Portelli (right) says it will attract ‘quality residents’.

Speaking to Times of Malta, he admitted he was “wrong” to stray beyond the permissible boundaries of the project and said he would “gladly” pay a fine. But he insisted he was being unfairly targeted on this and other construction projects across the island.

There has been growing concern among environmentalists and heritage NGOs over the scale of new development in Gozo, with mayors around the island also making a united effort to stop it from being “ruined”.

“All the buildings that you see on that site are in line with the law,” Portelli said. “They are not higher, neither longer than what is permitted and the entire complex is inside the development zone.

“Now, this week we’re submitting plans for two pools at the back of the block as well, and I know the permit will eventually be issued because we are well within our right to build pools there.”

He said that while he was carrying out legitimate excavation work he had decided to “excavate beyond” this area “to have some work ready in the pool area”.

“It saves us from getting excavators one more time and saves debris, noise and inconvenience to the neighbours.”

Qala mayor Paul Buttigieg has hit out at Portelli, saying that residents are despairing over the construction projects in the village and a development that will cause a huge increase in population.

Portelli dismissed this argument, saying that his “one, holistic project” was better than the alternative of “a series of discordant facades and blocks” as was happening in most other places.

“And let me tell you, I bet everyone with a plot would have erected rubble walls to divide each part and submit plans for their own pool and decking area.”

He said the garden would supply fruit and vegetables to the apartments and would “attract good quality residents” that would “help the economy of the small village”.

Portelli said that prior to deve­lop­ment, the area was rocky, barren land used as “a dump site” for bulky refuse and appliances.

His projects across the island, he insisted, “are actually making Gozo more beautiful”.

He admitted, however, that he had submitted plans for the project in three separate applications to avoid conducting the assessments required for large projects.

“Back then, the mayor had objected, arguing that this wasn’t fair, and rightly so,” he said.

“Following that objection, we ran all the studies and conducted all the appropriate assessments and now everything is in line with the required standards.”

He went on to claim that the Qala mayor was resisting the project because of a personal dispute over a previous development Portelli had done next to a portion of Buttigieg’s land. 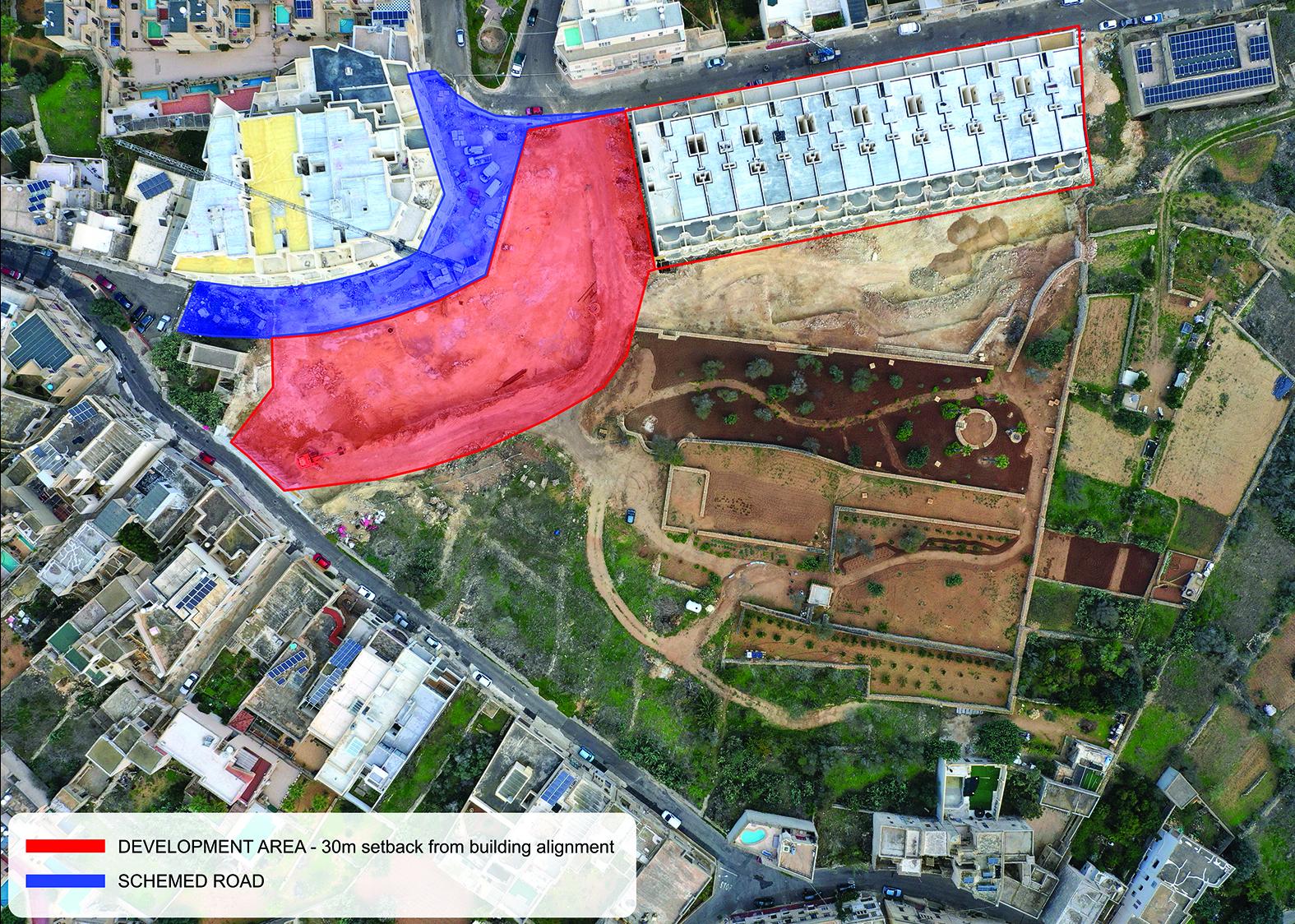 Site plan of the residential complex in Qala that will comprise 164 apartments, a pool area and a large garden.

“He had asked me if I could give him access to the road through a private street which I owned, so that he could develop a project of his own. We could not reach a fair agreement back then and I believe this has something to do with that.”

“Joseph Portelli’s projects have been objected to by hundreds of objectors from different localities as well as by NGOs and different local councils,” he said.

“Every citizen of Malta and Gozo is entitled to object to monstrous, intense developments which ruin the quality of life of residents and ruin the character of our landscapes.”

The mayor said the council objected to many developments “regardless of who is behind them” and that residents know “who is battling for the preservation of Gozo and who is speculating”.

Portelli insisted he was also unfairly treated over plans for a basement in a boutique hotel in Xagħra Square, which were turned down because the site was too close to the prehistoric temples of Ġgantija.

“Shortly afterwards, the local council submitted plans for a basement in one of its properties and the permit was issued, despite it being closer to the temples,” he said.

Contacted for a reply, Xagħra mayor Christian Zammit insisted there was no discrimination.

"The local council does not take into account names or faces when raising an objection," Zammit said.

“The application for a hotel differs quite a lot from the one put forward by the local council for the demolition of the current local council offices and the construction of a civic centre in their lieu,” he said.

Zammit said that the civic centre being proposed was below the maximum allowed, while that of the hotel "is also objectionable since it is creating a penthouse level in the heart of a UCA."

“Our aim is that of saving Xagħra from a general onslaught.”