Demolition works have begun on a proposed Kalkara development, a mere 15 metres away from protected cart ruts, despite no permits having yet been issued by the Planning Authority.

An existing structure that had been disused for some time was demolished while the site was cleared to make way for four maisonettes, 12 apartments and 10 subterranean garages.

The demolition works also spelled doom for a reportedly 100-year-old carob tree, which residents said they had remembered on the property for several decades.

Despite being within protected areas, carob trees are not classified as protected within development zones. While the construction is taking place within the development zone, the site falls within the buffer zone of the Class B scheduled Kalkara cart ruts. Residents said the cart ruts had been discovered during the construction of Triq it-Turretta in the early 1990s.

Who are you to ask me questions?- Developer

The site was given protection as a Class B site of archaeological value in 2002.

A buffer zone around the discovered cart ruts was included in their scheduling with the intention of protecting the sitefrom damage.

The site of the proposed development, on which the demolition occurred, falls within the cart ruts’ buffer zone. 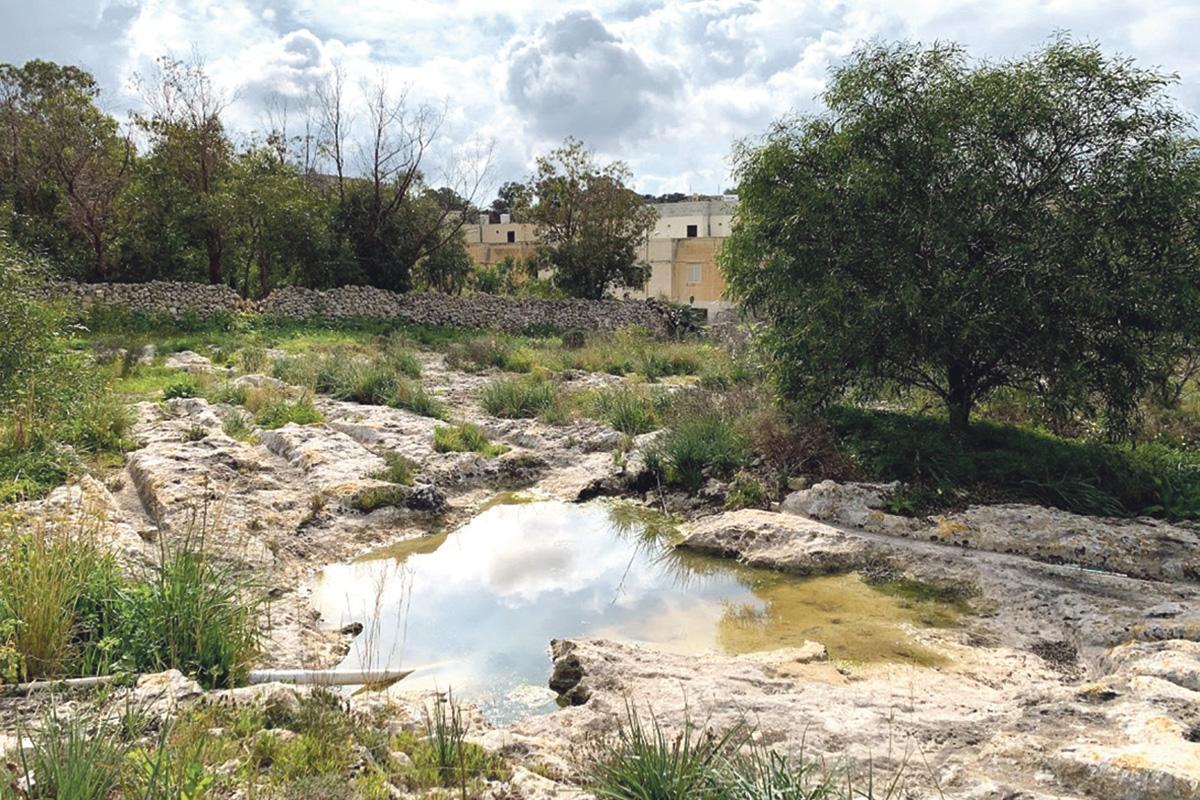 An application for the development is currently being decided by the Planning Commission, however formal permits have yet to be issued for the project.

While recommending the project for approval, the DPAR report said conditions put forward by the Superintendence of Cultural Heritage for any “clearing or excavation work, including removal of existing flooring, soil or fill,” are to be monitored by an archaeologist approved and directed by the Superintendence. The latter requested they be notified of the commencement of works at least four weeks in advance and that no works were to start without their express written consent.

When asked by Times of Malta whether everything was in order for demolition works to begin on the Kalkara site, developer Ray Zammit – who is listed as the applicant on the project – replied “who are you to ask me questions”.

It is presently unclear whether the Planning Authority or the Superintendence of Cultural Heritage were aware that such works had begun.

A spokesman for the PA confirmed that the works had been carried out without planning permission and were stopped by the authority’s enforcement officers.

Both the Planning Commission and the Superintendence of Cultural Heritage had been notified of the illegal works, and enforcement officers would continue to monitor the site.

The application in question had been suspended last month for an archaeological site investigation to be carried out and approved by the SCH and the Compliance and Enforcement Directorate would be awaiting the outcome of the application before taking further action.