The end-of-the-millennium euphoria and the dawning of a new age soon gave way to disillusion and sorrow as the first years of the new millennium unfolded. Joseph Agius talks to Roderick Camilleri about these concerns and how they relate to his current exhibition, Shadows of Reason, which bears such an enigmatic title. 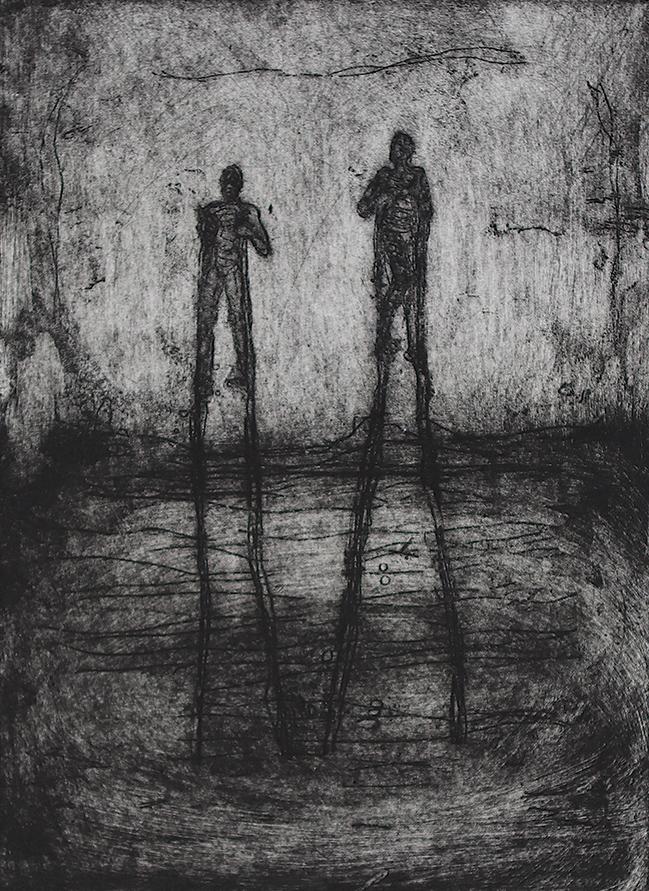 Shadows of Reason, the title of the exhibition, suggests a penumbral perspective, an alternative take on reason. Is reason subjective to circumstances and can what is reasonable today be questionable tomorrow?

Reason and its traditional presumption that it is the ultimate tribunal answer to all issues and problems is surely a naïve perspective that we have inherited since the age of Enlightenment. Reason is a useful tool but surely a partial source to relate and engage with the world around us. It can only give a cast and partial response to many questions.

The title of my exhibition is a representation of some personal reflections which relate to this aspect. On one order of meaning, it revolves around existential questions, some of which are linked to biographical experiences. On a second order of meaning, it is also an implicit statement about humankind and the depletion of the environment. 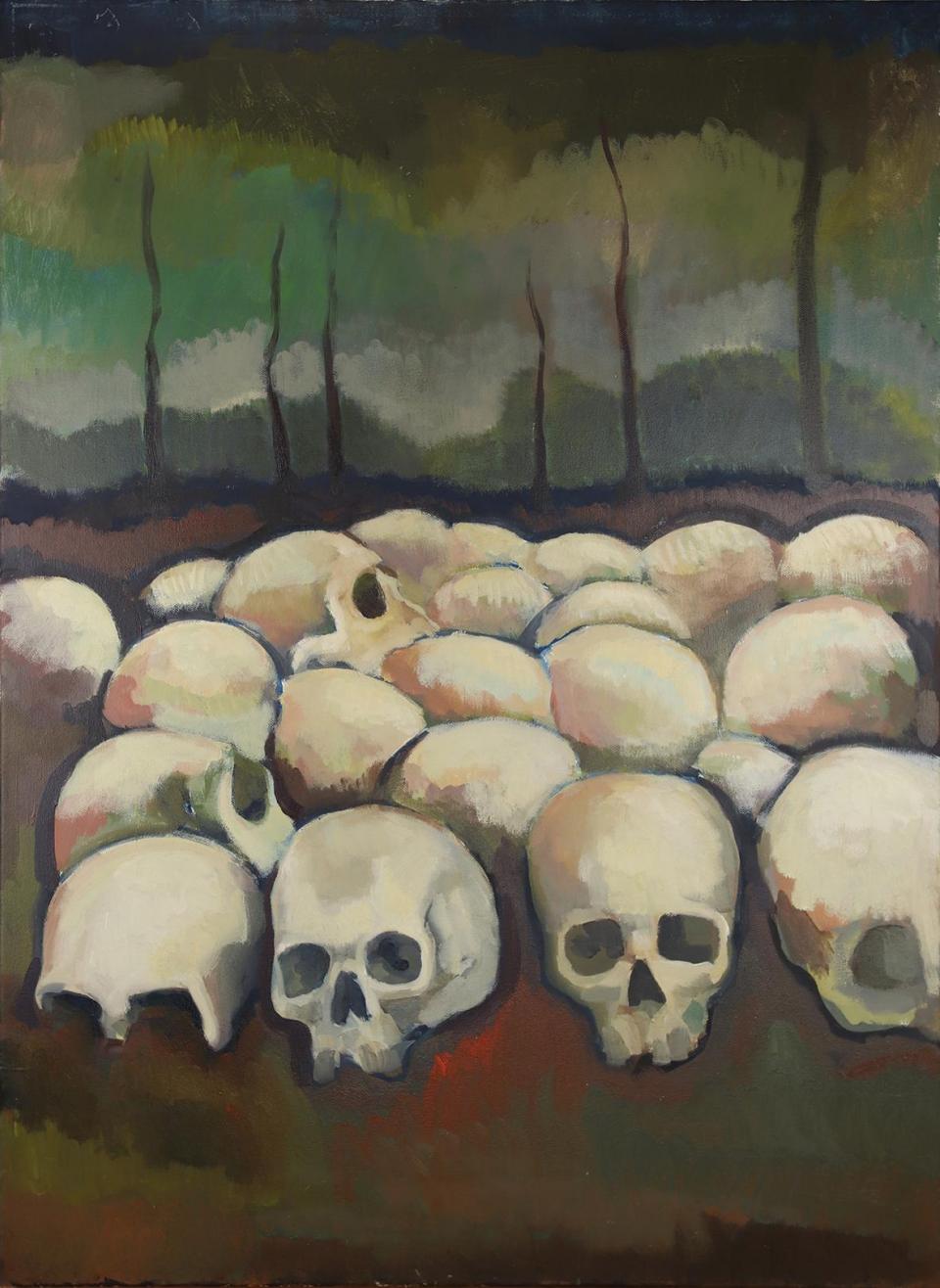 The collection of works in this exhibition evokes a post-Apocalyptic scenario. There is a troubling aura of something traumatic on a global scale had happened. However, a mood of regeneration is also elicited, maybe some hope that nature will redeem itself amid the vestiges of human presence. Do you believe in hope, in an evolving towards some sort of transcendence, despite everything pointing to a climatic catastrophe?

Yes, hope and courage are two important determining factors which help us move beyond the confines of pessimism and away from some kind of zombie environmentalism. It is of utmost importance that we foster such an attitude/values. It is only through such an approach that we can stimulate restoration and synergy.

Ecological values concern with ecosystem destruction are underlying themes in your general oeuvre. You strive to recycle materials for use in your art and work with organic found objects to reduce the carbon footprint of the creative process. Does art help in raising awareness regarding the health of our planet and the lifeforms it supports? Is Malta receptive to such artistic statements? 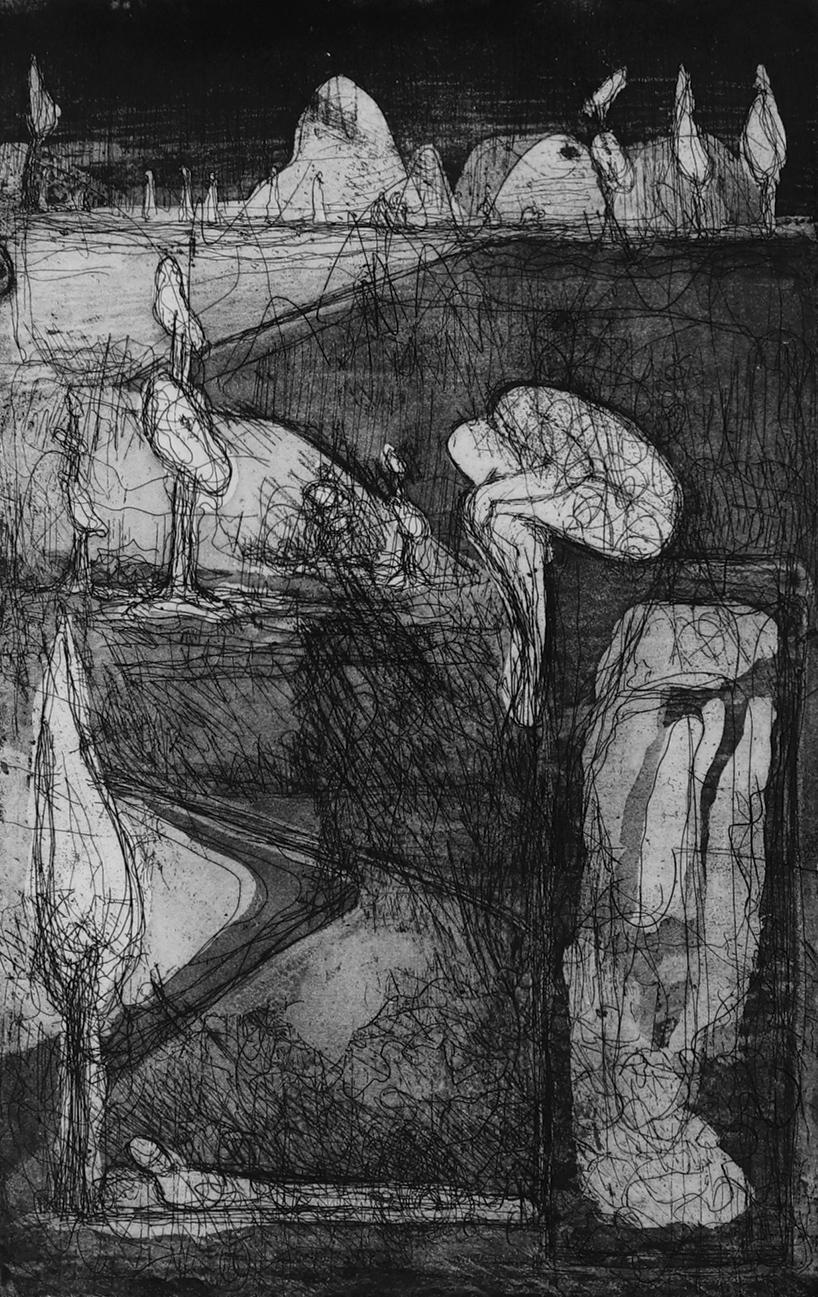 Homage to an Artist

Well, I believe that art is one of those key subjects which aim for change. It is the cradle of innovation, affecting our awareness and relationship with the world around us. Art is the core source of human novelty which simulates regeneration in all forms and expressions. Thus, in this light, I do believe that art stimulates a better consciousness which also results in raising awareness regarding human conduct and sustainability, especially within the realm of our environment. As regards our little island, I think there is still a lot of work to do but, in general, there seems to be a gradual surge in such statements. There should be a collective approach in order to change the mentality of our society and country in order to sustain a better future.

Mankind and the environment are very personal concerns for you. Do you think we are at a point that it is too difficult to reconcile the two and that too little is being done by politicians to balance this ontological equation?

As much as it is difficult to reconcile man and the surrounding environment, we are still in time to do something and lead a paradigm shift in the way we live and sustain development 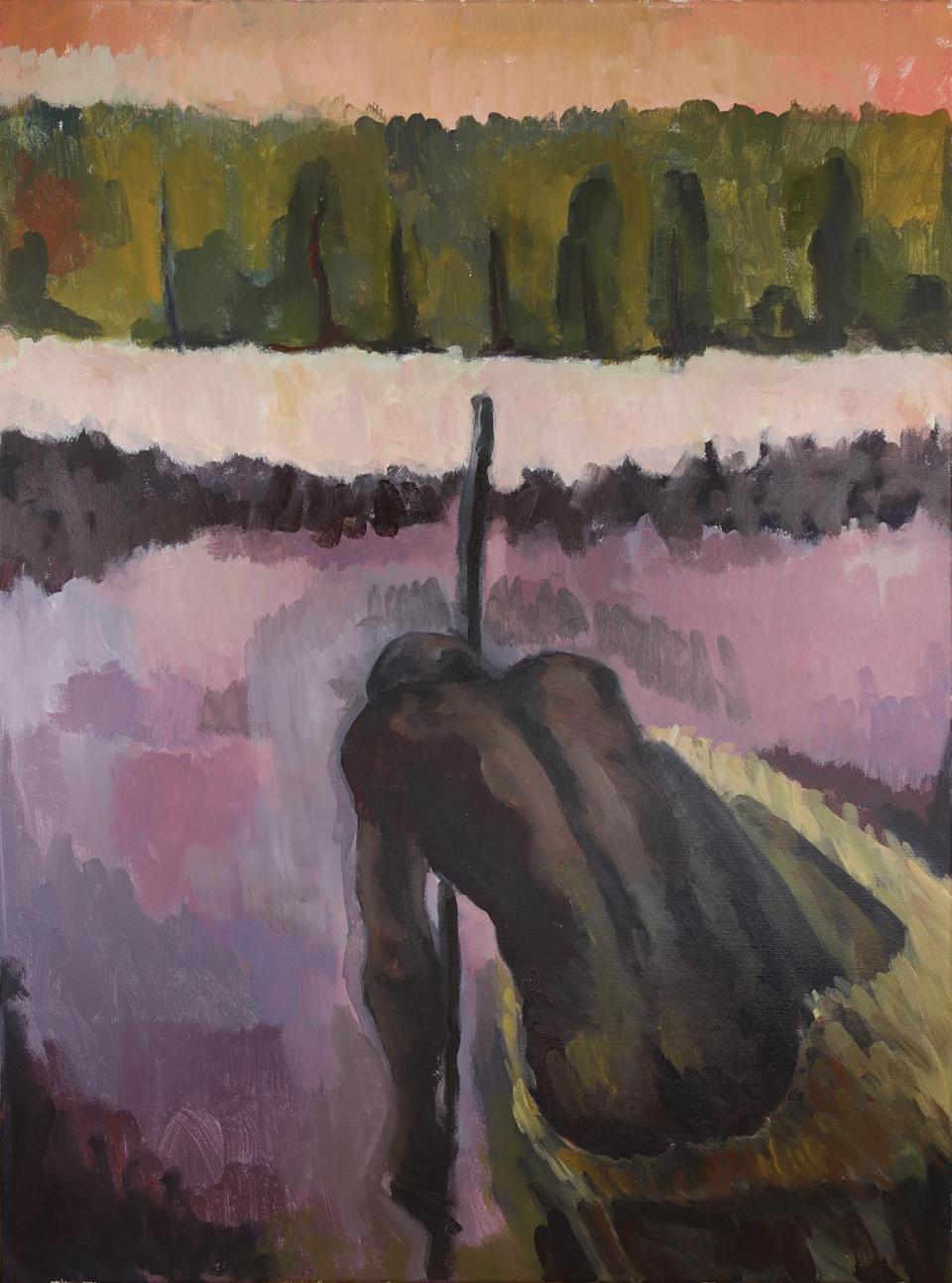 Capitalism and consumerism act as a major factor for this lacuna and separation between humankind and the environment. These forces are the main culprit of unsustainable appropriation of land and goods, as well as extreme consumption. Unfortunately, such drives are heavily rooted in the contemporary world, feeding the lifestyle and values of our contemporary society. As much as it is difficult to reconcile man and the surrounding environment, we are still in time to do something and lead a paradigm shift in the way we live and sustain development. As regards politics, especially beyond partisan policies, we are way behind what we ought to do to save this planet. This is not just a local issue but also an international cross-cultural problem. Unless the world powers take action and work harder to stabilise consumption, economic growth and development, there will be little change. Moreover, developed countries ought to sustain undeveloped nations in order to reduce pollution and improve social and economic structure for a better life. If such issues are not addressed, there will not be a substantial change.

Are there any contemporary artists, local and foreign, that you feel are on your same wavelength? Robert Smithson, 50 years ago, through ‘Land art’, was exploring environmental-related material and the disruption of natural landscapes through industrial degradation. Richard Long and Andy Goldsworthy investigated beneficial, human interaction with nature, by using organic, naturally occurring material like stones, rocks and natural found objects. Do you feel that these artists relate to some aspects of your art? 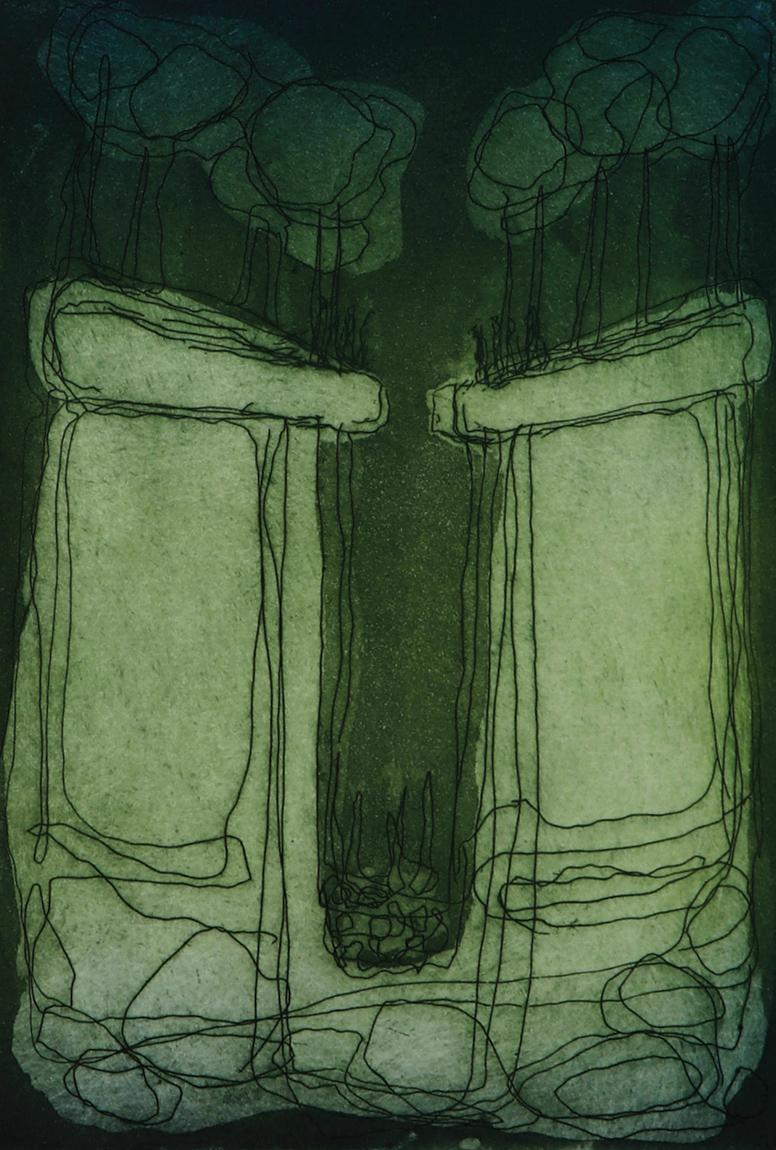 During the 1960s/70s, there were many artists associated with Land art who, in a way or another, were linked to environmental thought. They surely brought about different approaches related to the constitution and purpose of art and art-making. Some of them rejected the gallery and museum space as well as prompting other concepts related to the ephemerality of art, the art market and exhibition-making, gravitating towards an idea of art rooted in nature and the environment.

I think there are lot of international and, at times, also local artists whose work is, in a way, linked with some issues which are inspiring to me. However, my personal practice is rooted in the current context related to environmental concerns, externalised through my way of processing non-artistic and artistic material. More often than not, the content of my work reflects ‘socio-ecological justice’, and mankind’s role within this equation.

Your portrayal of human beings on stilts, The Nomads, elicits an elegiac return to origins and the human ability to adapt to new parameters, maybe in a post-apocalyptic scenario. However, the different narratives are compelling as one tries to ‘reason’ out a possible storyline, which may or may not be an underlying concept. Ferryman, rowing towards an idyllic tree-lined shore, is reminiscent of Arnold Böcklin’s similarly- themed work. Are we already living in a hell that makes the mythological underworld an escape from it all? Is the underworld, in fact, a utopia? 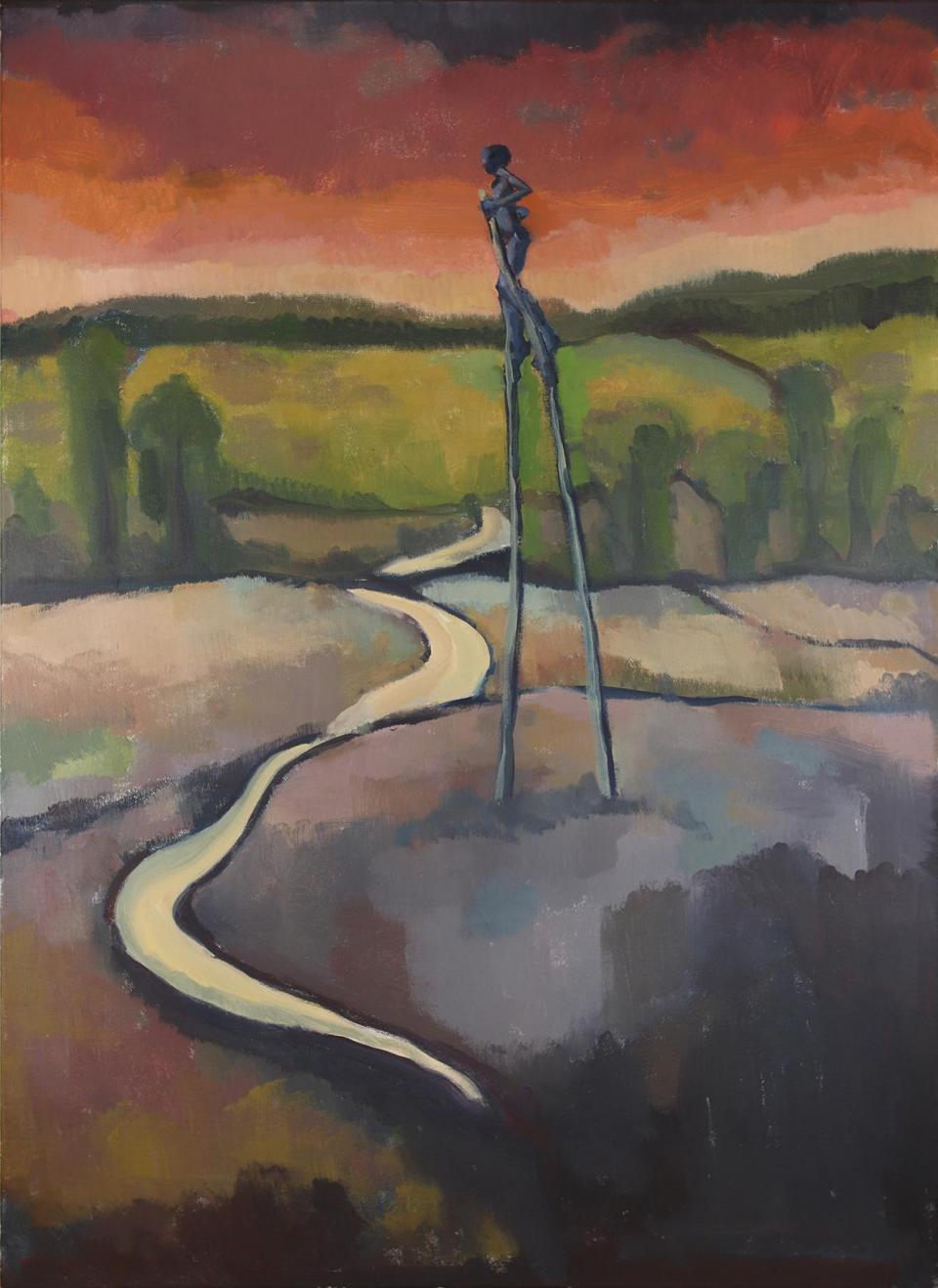 Most of the works are suggested or half-stated messages, implicit thoughts which discuss man and the post-natural condition, without referring to scientific contraptions or typical idiosyncrasies that we associate with the future domain. My works might also be read as a visual expression of a particular underlying dystopia that we are living, as much as it can be read as an apparent mythic utopia or/and a return to one’s yearning to a pristine living condition.

Paintings such as Memento Mori and Unknown present another side of the coin. The former nods towards an Enzo Cucchi ‘skullscape’, fossils of a painful past that had its share of martyrs and lost causes. In Unknown, a cassocked person, maybe a monk, looks forlornly at the crevice that promises nothing good. The future beckons painfully, although some glimmer of hope can be glimpsed far off on the horizon. Does this painting refer to the death of religions? Maybe that the heaven promised by the three monotheistic religions is just a mirage and that cumbersome reality promises a nihilistic doom?

Well, to a certain extent, your observations represent a cluster of ideas which inform these two particular works. They are also a reminder of our limited and frail existence, a cue of our ultimate impermanence. They are also a kind of visual trope for current situations we are experiencing and living ‒ moments which can only be embraced or contemplated with an aura of mystery.

The Age of Reason promised enlightenment and deliverance from ambiguity. Has this enlightenment become eclipsed by the looming shadows that seem to pervade all levels of 21st century existence?

Our intellectual and rational/technological capacity is surely affected by the current challenges, especially those that relate to the escalation of particular phenomena such as social/psychological issues, climate displacement, ecological imbalance and the rapid surge of epidemics, such as the present COVID pandemic.  However, to say that everything is eclipsed by looming shadows might be read as too cynical and catastrophic. Hope is the last to die.

Shadows of Reason, curated by Marika Azzopardi, is on at the Malta Postal Museum, 135 Archbishop Street, Valletta until May 17.  COVID-19 restrictions apply.