In a remote, secluded valley in the Swiss Alps, a line of rusty ski lift masts scar the grassy hillside where cows lazily graze.

The lifts at the once bustling Super Saint Bernard ski resort in Switzerland’s southern Wallis canton, near the Italian border, stopped running in 2010.

Since the local company that ran the small station folded, the infrastructure and facilities have been left as a disintegrating blemish on the Alpine landscape.

“Frankly, I would like to see them destroy it, raze it,” former resort director Claude Lattion acknowledged to AFP.

“You arrive from Italy over the Great Saint Bernard Pass and see this,” he said, nodding towards the graffiti-covered ruins and piles of broken glass that once housed the restaurant and ski lift departure station. 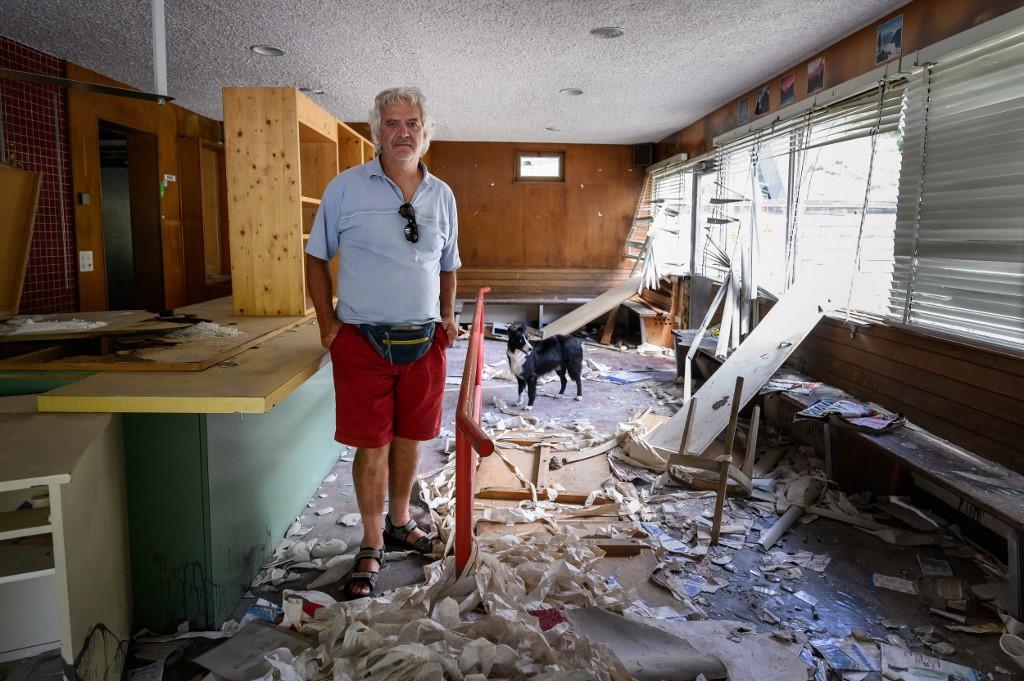 With its spectacular mountain landscapes and pristine slopes, Switzerland draws winter sports fans and tourists from around the world.

But in recent years, shortages of snow and especially of money have seen many of its smaller, local stations struggle to keep their ski lifts running.

At least 14 out of 2,433 are currently out of order, according to the Federal Office of Transport. 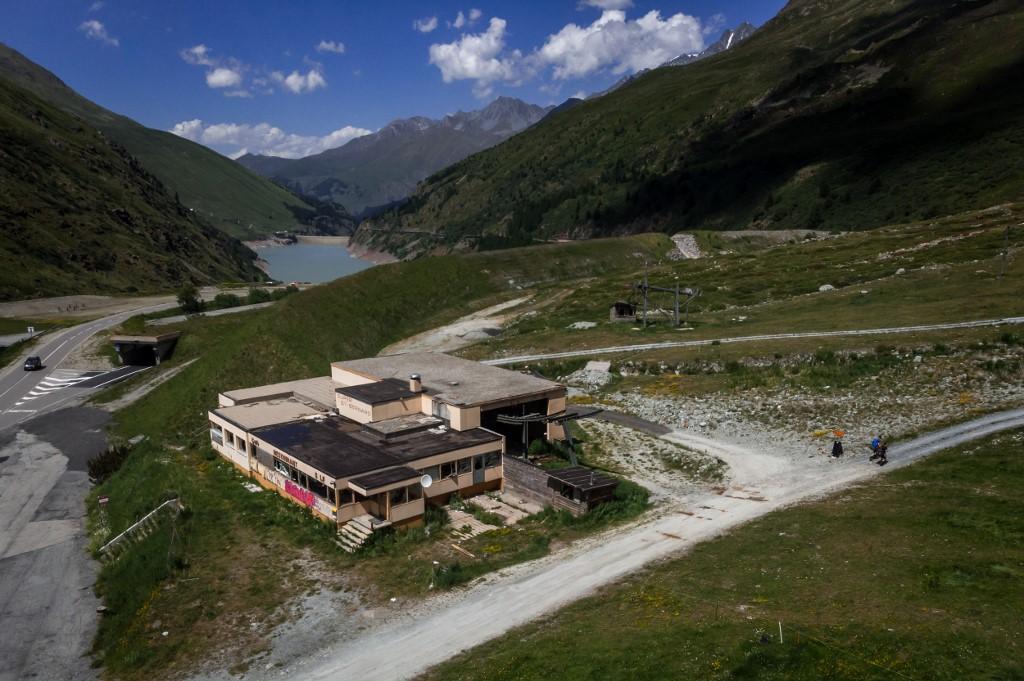 The ruins of a building, that once housed a restaurant, a ski-rental shop and the gondola lift departure station at the Super Saint-Bernard ski resort above Bourg-Saint-Pierre.

But the situation is more complicated when resorts file for bankruptcy, as Super Saint Bernard has done. 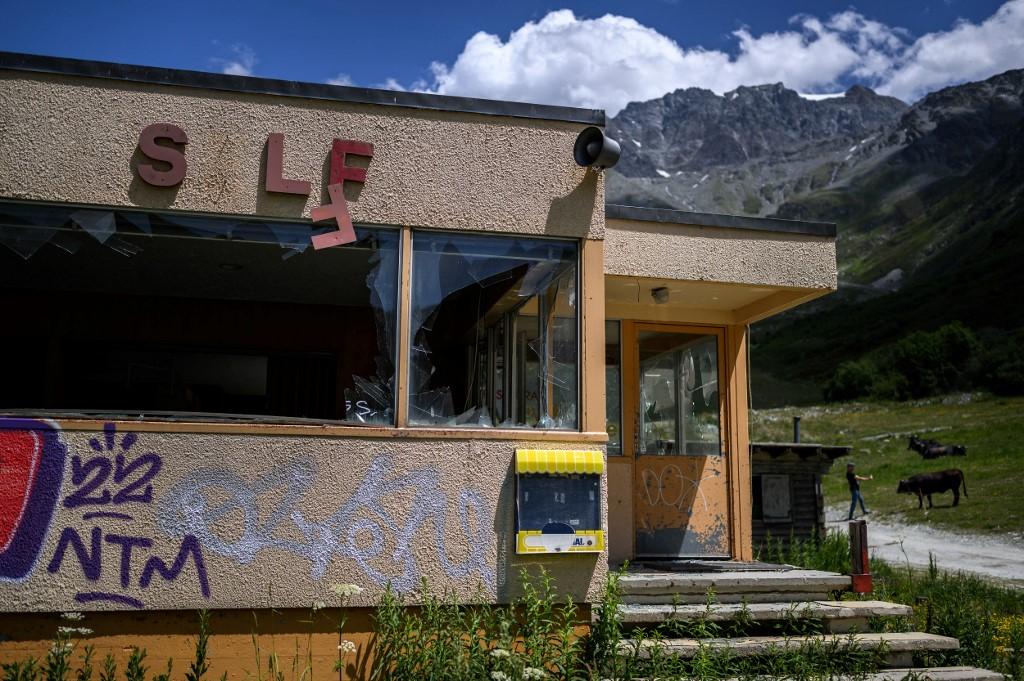 Discussions about whether a buyer can be found, or if regional or local authorities should foot the bill, can drag on for years.

In the small neighbouring village of Bourg-Saint-Pierre, mayor Gilbert Tornare said several solutions have been examined “to get rid of this eyesore”.

But the cost is too steep for the community of just 200 people, he said. 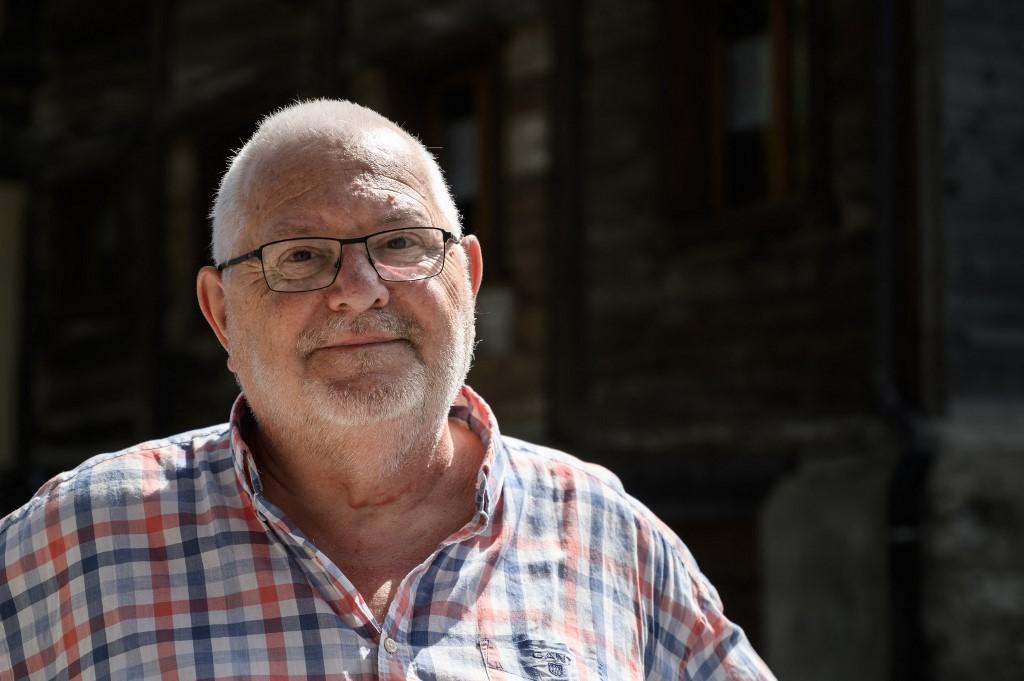 In all, up to two million Swiss francs (€2 million) will be needed to dismantle the station, removing the ski lift masts and decontaminating a site that stretches up to an altitude of 2,800 metres.

Wallis canton, meanwhile, has suggested using army conscripts for the job to limit the cost.

For resorts with fewer than 100,000 skiers a year, it is “difficult to turn a profit”, Swiss tourism expert Laurent Vanat told AFP.

Super Saint Bernard, which only had around 20 kilometres of slopes and was hampered by its remote location, far from the nearest village, was drawing only about 20,000 skiers per season before it closed.

"While the high-altitude station typically sees plenty of snow, other small resorts are being hit by the impact of climate change, which has left the white gold in short supply" 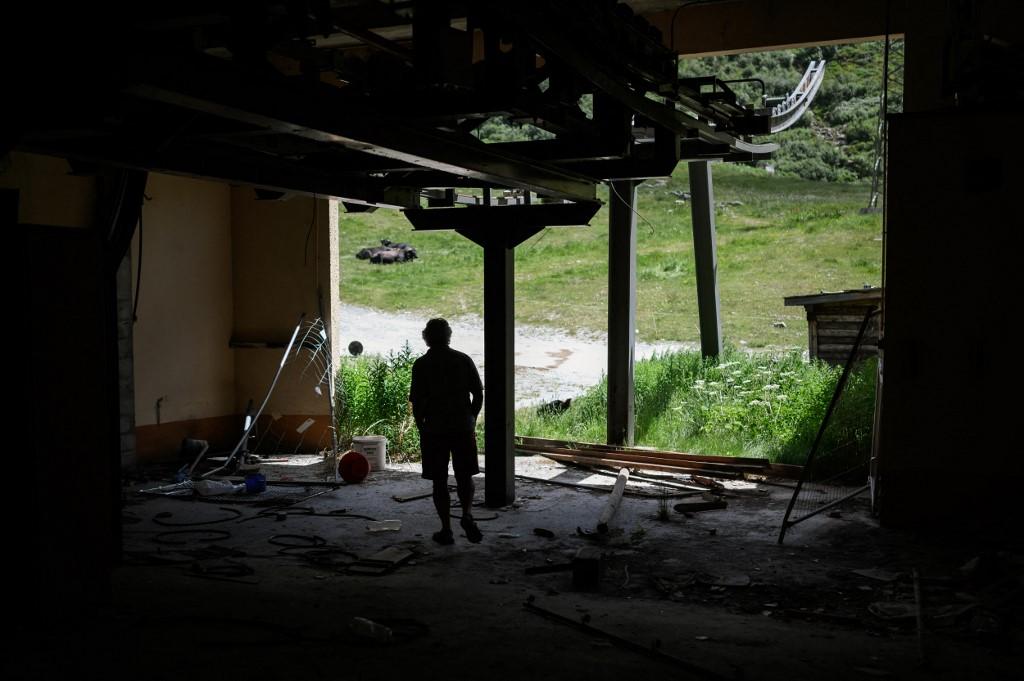 Former resort director Claude Lattion is seen in slihouette in the ruins of the departure gondola lift station of Super Saint-Bernard ski resort above Bourg-Saint-Pierre.

While the high-altitude station typically sees plenty of snow, other small resorts are being hit by the impact of climate change, which has left the white gold in short supply.

Watching his two dogs sniff around the wreckage of the business he once ran, Lattion said he would have liked to see Super Saint Bernard “put to new use”.

One young local entrepreneur wants to do just that and has proposed creating a hotel reachable by a small cable car.

Two unprepared slopes could be used in winter, while plenty of paths are available for summer hikes, offering a softer approach to mountain tourism than the one driven by the large resorts.

But their plan has been stalled for five years, with a controversial wind farm plan blocking all public financing for new ski projects in the area.

Rebuilding a ski station, Lattion acknowledged, “is not really in the spirit of the times”. 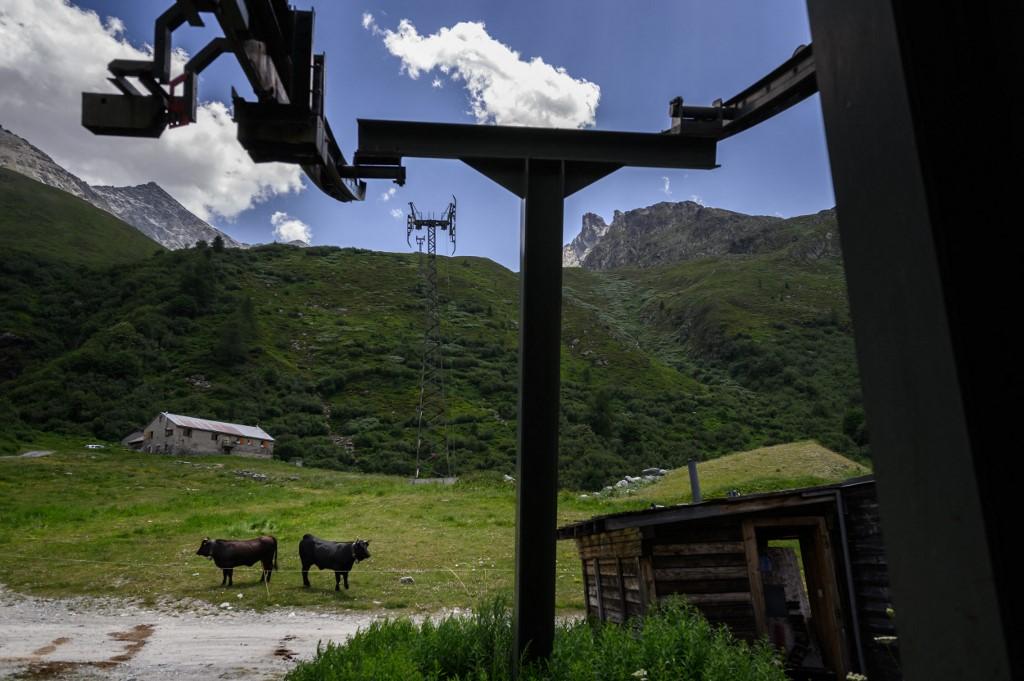 Cows next to a line of rusty gondola lift masts near the ruins of the Super Saint-Bernard ski resort above Bourg-Saint-Pierre.