Divers have located the wreck of an Italian battleship which was sunk by German bombs while it was on its way to Malta to surrender in the Second World War.

The Roma, which was the flagship of the Italian fleet, was sunk on September 9, 1943 by two 'glider' bombs. The wreckage was located off  Sardinia after a search lasting several years, the Italian Navy said.

Admiral Carlo Bergamini and 1,352 crewmen died when the battleship was sunk. It was the Italian Navy's most modern battleship having been launched in June 1942. 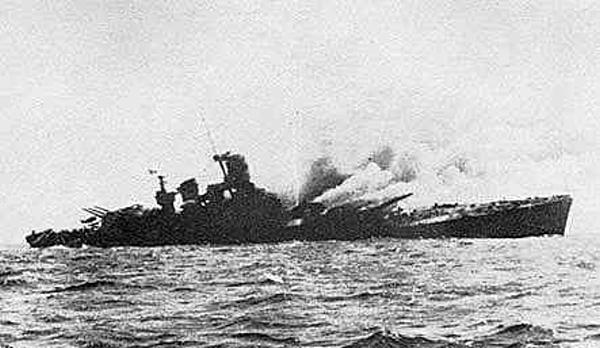 The Roma sinking after 'B' turret was blown off when a magazine was hit.

The Roma made just 20 sorties between bases during its short life and was not involved in any naval action.

The Roma had sailed in secret (from the Germans) in a group of three Vittorio Venetos class battleships, eight cruisers and eight destroyers. Although their stated intention was to attack Allied ships approaching Salerno, the intention was to sail to Malta following Italy's surrender on September 3, 1943.

German intelligence got wind of what was happening and the Italians were bombed using new radio-controlled glider bombs. Allied air cover, which was apparently promised to the Italians, never showed up.

Both the battleship Italia and the Roma were damaged, with the latter sinking quickly with heavy loss of life after one of its ammunition magazines was hit.

The rest of the group safely reached Malta and most ships anchored in St Paul's Bay.