Victor Paul Borg explores the new thinking on whether children should be cared for jointly or singly by parents following separation. This suggests that Malta’s Family Court decisions are causing unnecessary harm to public health.

One of the world’s foremost specialists in children’s wellbeing after marital separation has told The Sunday Times of Malta that “family law needs to evolve” to protect children’s health after family breakdown.

William Fabricius, a psychology professor at Arizona State University in the US, was speaking after publication of his latest research paper last week by the UK’s Oxford University Press.

The paper – ‘Equal Parenting Time: The Case for Legal Presumption’ – builds on research carried out over the past 20 years into the post-separation living arrangements for children and the ramifications on their health.

It has long been established that children of broken families are at higher risk of mental illness, educational underachievement, social maladjustment and poor health. These effects have become a public health concern given the soaring rates of family breakdowns worldwide – in Malta, extrapolation of statistics shows that now, more than a third of marriages split.

The latest wave of research shows that, rather than the separation itself, it is the post-separation living arrangements enforced or facilitated by family courts that are largely to blame for potential deleteriousness on children. Those arrangements include the placement of the children with one parent, normally the mother, technically known as SPC (sole physical custody).

Leading scientists now maintain that JPC (joint physical custody) – popularly known as shared parenting or shared care – is itself a ‘buffer’ against the impact of separation on children’s health.

The scientific underpinnings of JPC and its design were detailed in a 22-page blueprint drafted by 110 leading experts and published by the American Psychological Association in the journal Psychology, Public Policy, and Law five years ago. It has been endorsed by the Council of Europe, which passed a resolution calling on member states, including Malta, to make shared parenting the foundation of family law.

In shared parenting, each parent, post-separation, gets more or less equal care-time with children and each remains integrally involved in the children’s upbringing.

This has now spawned a social and celebrity movement, as well as apps, under the buzzword of ‘coparenting’.

Malta’s Agenzija Appoġġ has been holding courses in coparenting for separated parents since 2017.

“The Family Court feels that children should be with the mother,” says Marion Camilleri, a lawyer with 15 years of experience in that court. “So unless something is faulty with the mother, the mother gets to raise the children and the father has access.”

The standard “access” is set at two hours on two weekday afternoons and a cycle of 24 hours on the weekend. That amounts to 16 per cent of the time, less than half the 35 per cent threshold set by social scientists for the secondary or nonresident parent in the JPC model (see box).

In much of the Western world most children still get similarly assigned to the mother. But the momentum towards shared parenting in recent years has made Malta a laggard.

The countries leading the way have forged a variety of models. Australia pioneered a decade-long process that has fostered JPC. Canada last year tweaked the law to make it more parent-neutral, excising terms such as “access” that encourage litigation, and the courts have begun to assign equal parenting time. Half of US states now have laws in effect or in draft that favour JPC. In Europe there is currently a JPC law in the works in Italy, and German courts are more equitable towards the parents and scientific in their procedures, often involving social workers in decision-making.

Michel Grangeat, professor at France’s University Grenoble Alpes, told The Sunday Times of Malta that the “latest survey shows that the rate of equal shared parenting has doubled from 2010 to 2016”. It now stands at almost one in five post-separation arrangements, which “demonstrates a strong momentum in shared parenting dissemination in France”.

Michael Lewkowicz of the NGO Families Need Fathers said that although the law in the UK pronounces that shared parenting is best for children, “we have a very high rate of single parenting and that is partially because of the deficiencies of family justice and social justice”.

“The chances of getting an equal placement order in court is less than 20 per cent,” Mr Lewkowiczsaid. “Many judges still operate on the traditional idea of the mother providing care and the father financial means. We need a presumption in law on shared care.”

Scientists and campaigners have made the ‘legal presumption’ their destination: to legally oblige family courts to impose JPC on couples litigating for custody unless contraindicated by circumstances of any particular case. It is also known as the “rebuttable presumption” because SPC would remain the fallback option if one of the parents is abusive, negligent, violent or suffers from mental or other incapacity that could damage the child.

Legal presumption has been entrenched in law in Belgium and Sweden in Europe, and in four US states. Yet many legislators remain opposed to the legal presumption, fearing that it would restrict courts’ leeway in cases that fall in the grey area.

Many fathers seem resigned to the fact that it’s the mother who’s going to get the children.

Edward Kruk, professor of social work at Canada’s University of British Columbia, last year made an exhaustive case for legal presumption in a paper in the Journal of Divorce and Remarriage. It was also adopted by 12 expert panelists last November at the International Conference on Shared Parenting held under the auspices of the Council of Europe.

Professor of psychology at Cambridge University and prolific researcher Michael Lamb had said that “on the basis of this evidence, social scientists can now cautiously recommend presumptive shared parenting to policymakers.”

In last week’s paper, Prof. Fabricius wrote that “failure to enact presumptions of equal parenting time risks unnecessary harm to children’s emotional security with their parents, and consequently unnecessary harm to public health in the form of long-term stress-related mental and physical health problems among children of divorce.”

In his expanded comments, Prof. Fabricius clarified that “valuing fathers’ importance in daily childcare is one of the big cultural attitude changes in our generation. Public opinion is in favour of equal parenting time, and it’s the family law that needs to evolve.”

Couples are legally obliged to go for ‘mediation’ at the Family Court before escalating to a full-scale lawsuit. The mediator’s role is to hold the ring and lead the couple to amicable settlement, but according to specialist lawyers the spirit of mediation is often marred by temporary court orders on child maintenance and access.

“Many times one of the parties files an application requesting rulings during the mediation process itself, sometimes even before the mediation starts, and judges make provisional rulings on child maintenance and access,” Dr Camilleri said, adding that these judicial decisions create bearings or points of reference in the mediation. 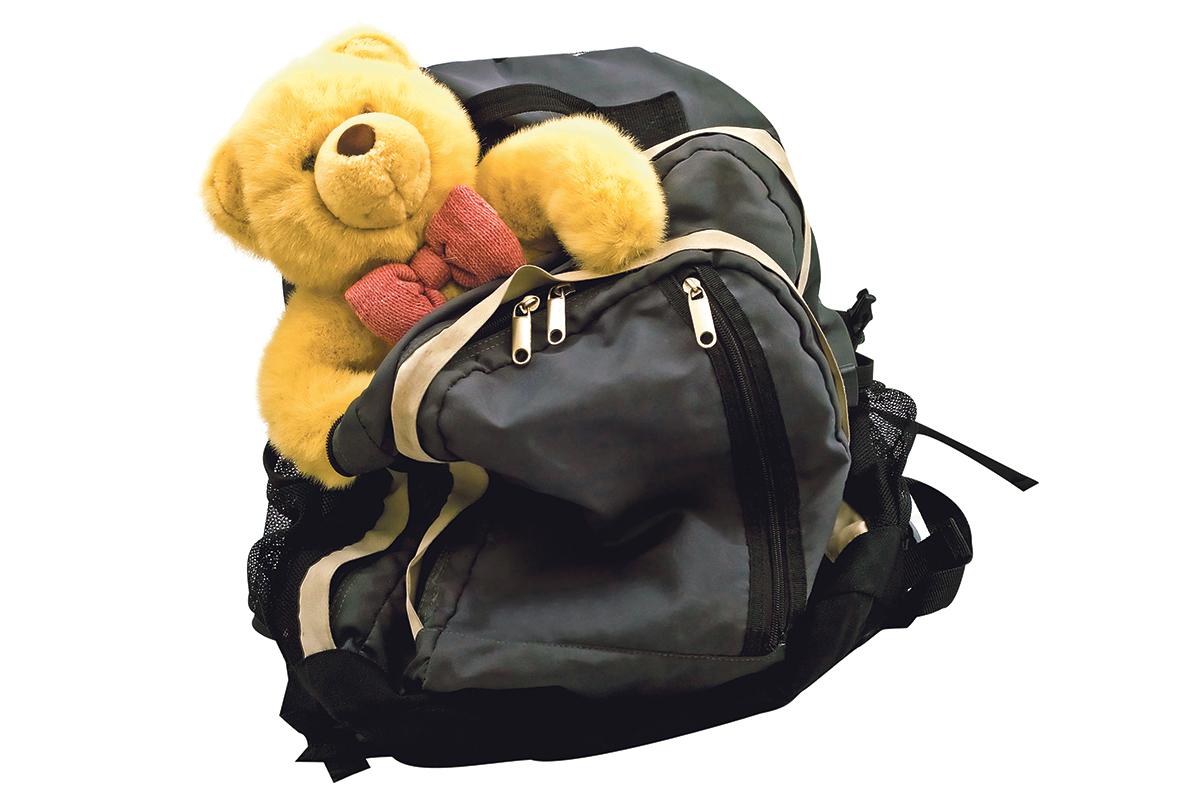 “It’s a double-edged sword,” she says. “On the one hand mediation can run for months and even years, and judges feel compelled to make interim rulings so as not to disadvantage any of the parties. On the other hand these provisional decrees set parameters that interfere with the spirit of mediation, which is to allow the parties themselves to freely reach agreement.”

In these “provisional” rulings, the Family Court tends to lay the parameters for SPC assigned to the mother even before anyone files a lawsuit.

The judiciary even remains sceptical of JPC agreed directly between the parents, and reluctant to endorse JPC contracts for young children.

“Judges tend to be wary of contracts in which there is no assigned residence, no child maintenance provisions, and no defined access,” Dr Camilleri said, “although recently I have heard other lawyers say that judges have begun to accept shared parenting contracts.”

By contrast, Sweden’s downward rate is often attributed to the entrenchment of JPC. Less than two per cent of couples that split now litigate in Sweden.

Sweden’s rate of shared parenting – upward of 40 per cent – is the highest in the world. Yet in another sense, this demonstrates that one of the parents still opts out of involved parenting, or moves away, in half of separations.

There is a disconnect between social science and the legal profession in Malta. Like her peers, Dr Camilleri expresses scepticism towards the practicality of shared parenting. The prevailing idea in the family law community is that living out of two homes is chaotic, impractical and does not engender stability in children’s lives.

In contrast, scientists hold that children’s emotional security or stability is served in JPC. This was illustrated in a Swedish study involving 172,391 children titled Fifty Moves A Year. The study found no statistical difference in mental health manifestations of children in intact families and JPC, but more psychosomatic symptoms in SPC children.

Prof. Fabricius, who was involved in the development of America’s first shared-parenting law in 2013, wrote about the legal profession’s evolution from initial scepticism to eventual embrace of JPC. He wrote that although the law doesn’t specify JPC – it states that “absent evidence to the contrary, it is in a child’s best interest to have substantial, frequent, meaningful and continuing parental time with both parents” and that “the court shall adopt a parenting plan that maximizes respective parenting time” – it has decidedly fostered JPC in Arizona’s family courts.

Asked by The Sunday Times of Malta what shifted attitudes in the legal profession, he said: “I think education made the difference. The family law community in Arizona was kept informed about new research findings for several years, and by the time the new law was proposed there was essentially no resistance.”

What the science says

Later research found that children develop equal simultaneous attachments to the two parents at around six months of age.

At the same time, studies of the initial wave of children who grew up in SPC showed that meaningful father absence can mar children’s development and psychological outcomes.

Science now holds that marital breakdown threatens children’s “emotional security”, and that maintaining post-separation quality relationship with both parents is a buffer to emotional insecurity.

Quality relationships – a measure of parental warmth, involvement in children’s activities and effective discipline – can only develop if the parent has sufficient time with the child. The scientific threshold of ‘sufficient time’ has been fixed at 35 per cent of the time.

The least-involved parent in  the JPC model has to have at least 35 per cent of the parenting time, including overnights (essential for development of quality relationship).

Linda Nielson, a US professor of Adolescent and Education Psychology who last year reviewed all 60 studies that compared JPC and SPC, concluded that “independent of family income, the level of conflict between the parents, the quality of their relationships with each parent, and quality of the parenting skills, JPC children are still generally more advantaged.”