Doctors in Malta have been alerted to an outbreak of measles, as the island faces a "serious risk of importation" through travellers, international students and workers.

During this year, five imported cases of measles have been reported to the Infectious Disease Prevention and Control Unit, the Superintendent of Public Health Charmaine Gauci said in a letter sent to all doctors.

One of these cases resulted in local transmission in a contact, after relatively minor exposure without personal protective equipment, according to the letter seen by Times of Malta.

Measles is highly infectious, even with relatively minimal contact. Infected persons are contagious to others from four days before the onset of the rash through to four days after.

These imported cases follow the marked increases in measles transmission across Europe. According to the European Centre for Disease Prevention and Control, outbreaks of measles are ongoing in the Czech Republic, Croatia, France, Greece, Italy, Romania, Slovakia and the UK. To date, 31 deaths have also been reported across the region in 2018.

These outbreaks are the direct result of falling vaccination levels in these countries.

"Despite measles and rubella elimination being sustained, Malta is facing the serious risk of importation through travellers, international students and workers," Dr Gauci wrote.

This could result in the possibility of further spread in the local community within non-immune adults and children. To stop measles transmission and protect those most vulnerable to severe complications and death, especially infants, at least 95% of the population needs to be vaccinated with two doses of measles-containing vaccine.

Currently, children are given the MMR vaccine at 13 months, followed by a second dose at 3- 4 years of age in accordance with the local immunisation schedule. Individuals who have received two doses of measles vaccine (or confirmed to have measles infection in the past) are considered immune to measles. 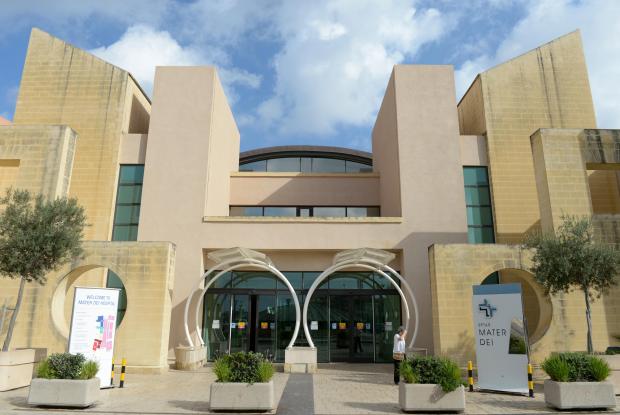 Mater Dei says it is prepared for the outbreak.

Doctors have been told it is vital to ensure they have taken two doses of the measles vaccine in the past.

Until doctors have confirmed that they have taken two doses of measles vaccine, they are being urged to wear appropriate personal protective equipment if attending to a suspected case.

They were told to keep patients with fever and an erythematous rash as separate as possible from other patients in their clinic. If they feel they need to refer the patient to a clinic or hospital, it is essential that the institution’s infection control nurse is alerted before sending the patient, to arrange for immediate isolation.

Speaking to Times of Malta, Mr Falzon said he believed the hospital was already taking precautions, something that was done on a daily basis.

Pressed to say whether the hospital was ready to handle a possible influx of patients of with the disease, Mr Falzon insisted that the hospital's main focus was to make sure the outbreak is contained.

'Not exactly' an outbreak - minister

However, he insisted that claims of a measles outbreak were "not precise", acknowledging, there was a risk the disease could spread.

In comments to Times of Malta in the wake of an alert to doctors that there was a risk of importation of the disease, Mr Fearne insisted there was "always a risk, everywhere" but reiterated that the outbreak referred to in the letter sent to doctors was pointing to the situation in other countries.

The health minister encouraged parents to vaccinate their children, noting that the number of people who get inoculated in Malta was still quite high.

Sounding a warning on what he described as fake medical news, Mr Fearne said that in a number of countries, people were reluctant to vaccinate against the disease.

"In Malta we still have high immunisation rates but as I've said, it's still very important to get children vaccinated."