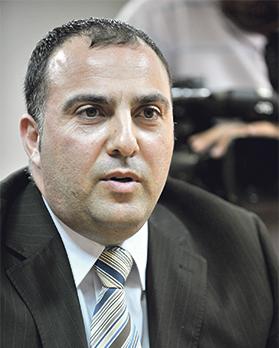 Unions have unanimously rejected a proposal by the Malta Employers Association for the first day of sick leave not to be paid.

The suggestion to treat the first day of sick leave as an unpaid waiting day was one of several proposals for Budget 2018 announced by the MEA on Thursday. It was slammed by the General Workers’ Union on the same day and several other unions followed yesterday in their criticism of the controversial proposal.

UĦM Voice of the Workers CEO Josef Vella said the union would never accept such a proposal, branding it “absolutely illegal”.

“We are against sick leave reductions because this will go against workers’ rights,” he said.

The Malta Union of Teachers said it was unacceptable that such “regressive measures” were even proposed and discussed in this day and age, at a time when the country was passing through a positive economic period.

The teachers’ union said that, rather than cutting down on sick leave, it expected the government to implement at once the pledge to increase leave entitlement when public holidays fell on the weekend.

“Instead of such backward proposals, the MUT favours measures that invest in employees, promoting and safeguarding physical and mental health, safety and increasing the quality of life to tackle issues such as work-life imbalance and burnout,” the MUT said.

The union noted that it has been working with the education and health authorities to obtain the inoculation for hepatitis and other chronic diseases for free for some educators.

This should be the way forward to decrease sick leave, the MUT added.

“Treating employees with suspicion and increasing monetary burdens for the unlucky ones who fall ill is certainly not the way forward,” the union added.

The trade union confederation, Forum, said any sick leave certified by a doctor was genuine and there should be no debate about the matter.

However, it said it was ready to engage in talks to introduce measures that helped cut sick leave abuse without negatively impacting workers who genuinely were sick.

The Malta Union of Bank Employees accused employers of shooting from the hip, hoping to land “a win”.

“This is definitely not acceptable by any standard,” it said.

The MEA proposal was framed within the context that employers fear sporadic sick leave being taken as a means to skip work on days close to weekends.

On other changes linked to public holidays, sick leave for parents and paternal leave, the MEA insisted these should be counterbalanced to neutralise their impact on competitiveness.

The employers’ organisation called for “a planned approach” to the introduction of such measures that would take into account the impact on employers over the next five years.